For this month’s Travel Tales, TLE caught up with London-born actor Marina Sirtis who is best known, perhaps, for playing Counselor Deanna Troi in the television series Star Trek: The Next Generation. Here Marina tells us about staying in B&B’s in places like Southend and Margate as a kid, visiting her first nudist beach in her […] 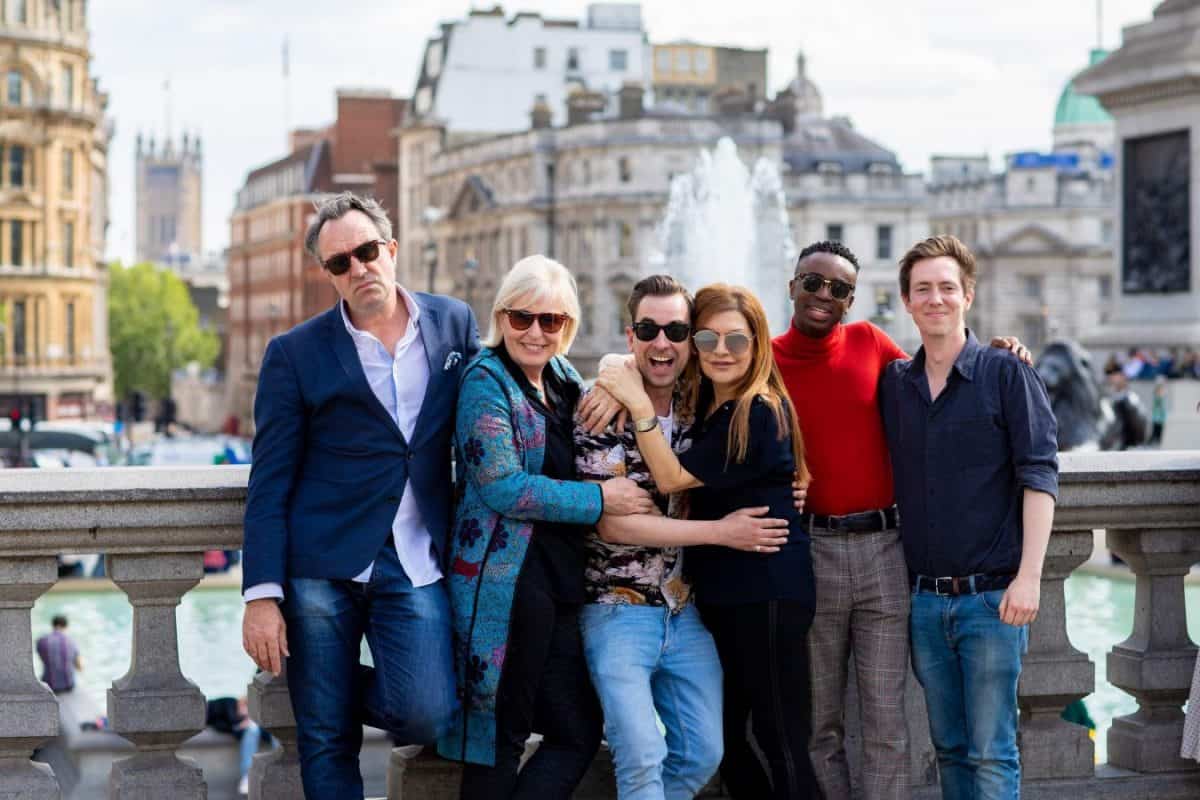 For this month’s Travel Tales, TLE caught up with London-born actor Marina Sirtis who is best known, perhaps, for playing Counselor Deanna Troi in the television series Star Trek: The Next Generation.

Here Marina tells us about staying in B&B’s in places like Southend and Margate as a kid, visiting her first nudist beach in her twenties and why David Attenborough would be her favourite travel companion.

My first travel memory is when I was three. My mother’s father was very ill and so she took me to Greece for three months. Back then the part of Athens that my family lived in was still very rural and one of my most vivid memories is of me trying to milk a goat which, by the way, disappeared at Easter. Our next-door neighbour had chickens but I wouldn’t eat the eggs because they didn’t have a little lion stamped on them like they did back home in London.

If we went on holiday, it meant my dad, who was a tailor, had had a good year. We went to coastal cities in the south of England like Southend, obviously, Margate, Eastbourne etc. We always stayed at a B&B and all slept in the same room. The snoring emanating from my parents was an issue for both my brother and I.

Tell us about a special holiday when you were a child?

Because my parents were both Greek, if we went abroad, that was where we would head to. I was 11 before we could afford to go to Greece as a family. Coming from London, it was a bit of a culture shock. We had to walk a mile to the nearest bus stop and if we went to the beach, we went on a coach which was hired by our church for the congregants. Despite not having much, we always had a good time. Laughing and singing and eating delicious food.

In my early 20s, my cousin who was on leave from the Greek Air Force, took me to Mykonos for a long weekend, where I met a lovely group of Italians. Much to my very strict family’s despair, I let my cousin leave and I stayed on and moved in with the Italians who took me to my first nudist beach. I still remember, very fondly, a young man with a guitar sitting stark naked in the sand and singing “Blowing in the Wind”.

On a trip to Australia, some friends and I went to a fun fair where they had set up a structure for people to rapell down. Having watched everyone from kids to grandmas do this, I decided to have a go. Just to show off really. It was only when I got to the top, that I remembered I was scared of heights so I decided the only way I would be able to do this would be to fling myself off. What I didn’t know is that when you do that all the knots in the ropes lock so that you don’t fall to your death. So there I was dangling in the air 50 feet above the ground. They had to haul me back up. Needless to say my friends were in hysterics.

I would love to travel with David Attenborough because I wouldn’t have to Google a single question. I could just ask him. I also agree with him that it’s not “The travel bit” The travel is what you have to do to look at the animals.

I usually cook Greek, English or Italian food as my husband is half Italian. I love French food but living in Los Angeles and having to watch my weight, all those French sauces are a bit of a no no.

I know it sounds a little silly, as I am a Londoner but London is my favorite city in the world.

I have lived in Los Angeles for over 30 years and I must admit I have become very homesick so, not wishing to sound too boring, I would love to come back to London. However, I married the only American who doesn’t like London so I think we’ll probably end up on the south coast of Devon. My husband is a musician so I think he could find work there and after being away from British people for so long, I would love to be somewhere where they get my sense of humour.

My work takes me all over the world. I’m off to Bologna, Italy next and then from there I will pop over to Athens to see my family.

My next engagement is a new play called Dark Sublime which will be on at Trafalgar Studios in London from 25 June to 3 August.