Louise Dixon, 51, from Wales, threw a full bottle of water that hit the boy square on the side of his head.

by Jim Leffman
in Travel News 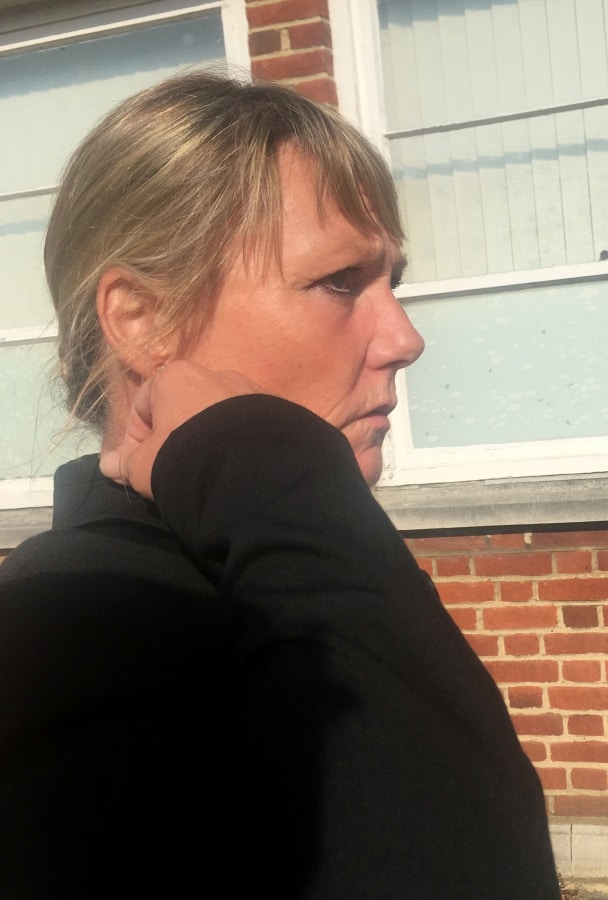 A woman was handcuffed and restrained for six hours on a flight from Miami to London after attacking an eight year old boy and lashing out at others.

College worker Louise Dixon, 51 threw a full bottle of water that hit the boy on the side of the head with ‘some force’ on the Virgin Atlantic flight.

She raised her fist to punch another passenger and then lashed out at two others as crew and travellers wrestled to restrain her, spitting in the face of one woman.

She was put in handcuffs and at one point the pilot was considering rerouting the plane to land at New York.

Dixon got drunk after being told her Virgin Atlantic long haul flight from Miami, US, to Heathrow would be busy.

The blonde defendant kicked another passenger as she was restrained on the floor by passengers and cabin crew.

Dixon, of Ogmore-by-Sea near Bridgend, Wales, was placed in handcuffs after hurling the bottle immediately after staff handed it to her.

The boy’s mother told of how she saw the bottle flew across the air and hit her son on the left side of the head “with some force”.

Dixon faces jail after admitting being drunk on board the flight on April 12, assaulting Jackie Allen, the boy, who cannot be named for legal reasons, and Gabriella Cotton.

Syreta Maharaj, prosecuting at Uxbridge Magistrates Court, said: “I would say it’s a prolonged incident, obviously passengers on board a flight are trapped.

“I would note the behaviour continued for around six hours and in fact handcuffs had to be used on her.

“There were lots of children on the flight and in fact one of the charges relates to a child in which she threw a bottle of water and it hit the child.

“Ms Allen said she turned around in her seat and that Ms Dixon appeared to raise her fist to hit her.

“She confirms that 20 minutes into the flight the defendant’s behaviour was very strange. She said, ‘I found her behaviour was alarming, very frightening. She then turned in her seat in front of me and raised her fist to hit me.’

“A man grabbed Ms Dixon by the wrists before she was able to and she was restrained.

“Cabin crew and passengers then helped to restrain her for the rest of the flight.”

The prosecutor said she had thrown a water bottle and hit an eight-year-old boy who was sitting with his mother and sister.

“His mother stated she saw the bottle of water come flying through the air and it hit her son with some force on the left side of the head.”

Dixon assaulted another female passenger as she struggled against her restraints.

The prosecutor said: “They are trying to restrain the defendant, she kneels down in the aisle, she then kicks out and kicks the hip of Ms Cotton.

“She goes on to state that the defendant then dug her nails into her wrists causing her injury and the defendant proceeded to spit at her.

“The whole incident was quite shocking to them and obviously as I’ve said passengers are trapped on board.

“She had to be handcuffed and people are effectively trapped on board a plane.

“The plane was full of children and family members and it appears to have gone on for some six hours.

“The captain said he gave serious consideration of turning the plane around and landing it in New York just because of Ms Dixon’s behaviour.”

Paul Brill, mitigating, said his client suffered from alcoholism and turned to the bottle after being told her flight would be busy.

She had one previous conviction of drink driving in 2012 and he said: “It coincides with her divorce, with her very difficult relationship bringing up her children and from that time, over time a dependence of alcohol.

“She is a frequent flyer to the US, she has family contacts there and is usually hoping to be able to sleep within the flight.

“She was told it was going to be very full and she lapsed. I think she experienced a certain amount of disappointment in herself in dealing with her anxiety like that.

“This was a randomly lobbed bottle but obviously she has to plead guilty to that, it’s a very reckless act.

“She is mortified at being in this position. She works in a college in Wales and she has two children aged 16 and 18.”