The woman is seen being given a spot fine for not wearing PPE. 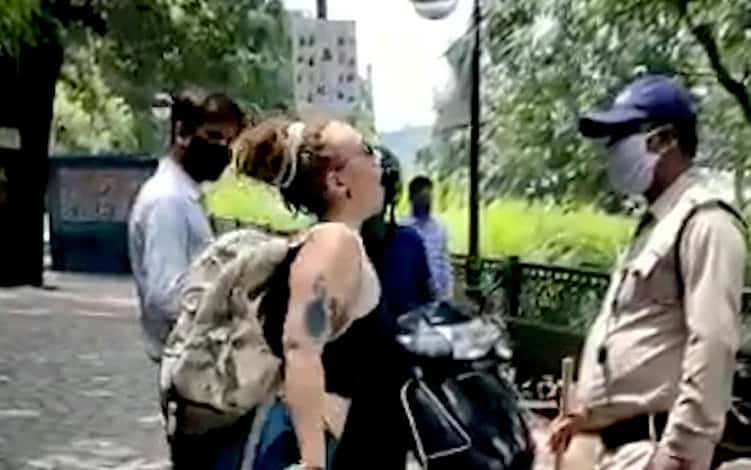 This video apparently shows a tourist in India being fined for not wearing a mask and shouting: ”Nobody has corona! I don’t give a f*ck!”

The woman is seen being given a spot fine for not wearing PPE in a public place in India’s Uttarakhand on September 3.

She appear angry and shouts at the officer: ”I don’t have corona – I have a f*cking mask! Nobody has corona!

The officer then says ”this is not your country” and she shouts in reply ”I don’t give a f*ck!”