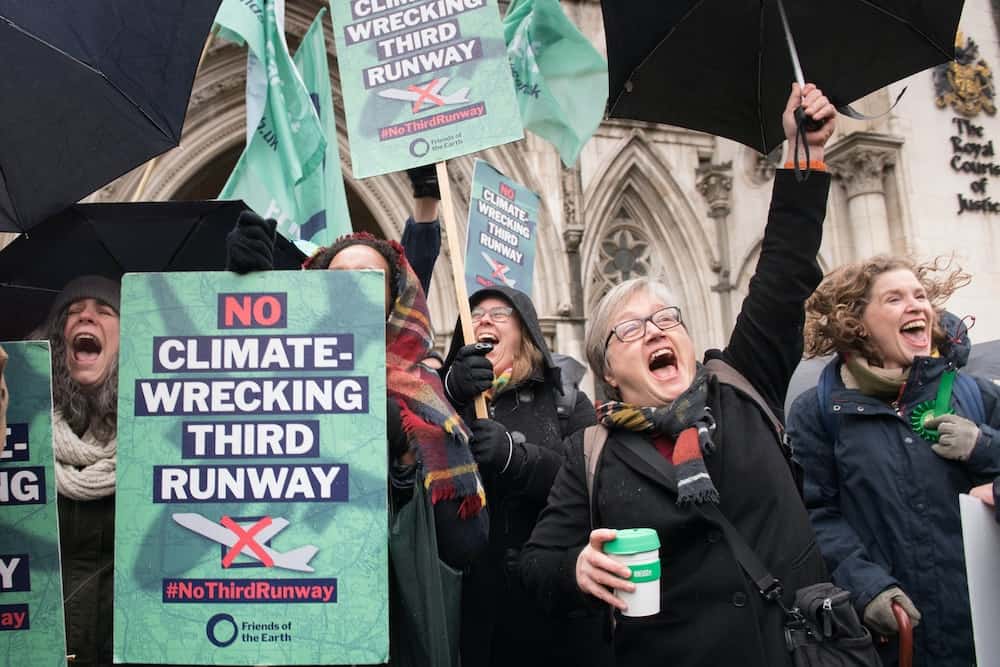 And even if the aviation industry returns to the same level of passengers before the disease grounded planes around the world, the new runway is unlikely to be needed for around 10 to 15 years, he said.

John Holland-Kaye told a parliamentary committee today that if the UK is able to reboot the economy and demand for air travel returns to the pre-pandemic numbers, he believes the third runway may “be needed in 10 to 15 years’ time”.

Mr Holland-Kaye revealed that the airport was burning through £200 million a month during the economic shutdown but has the liquidity to survive for up to a year.

At a virtual meeting of the Transport Select Committee, Mr Holland-Kaye was asked by Labour’s Lilian Greenwood MP if the crisis facing the industry caused by COVID-19 had created a hole in the economic case for a third runway at the airport.

Although Mr Holland-Kaye did not address the question directly, he confirmed that he is no longer thinking about the third runway.

However, he added that if the UK economy can kick-start again and demand returns to the industry, he believes the third runway may not be needed for more than a decade.

Responding to another question from Ruth Cadbury MP, Mr Holland-Kaye appeared to accept that there is uncertainty whether the third runway would even be needed in the future, depending on how demand recovers over the next few years.

Mr Holland-Kaye said: “Whether that [third runway] will be needed we will have to see how things turn out over the next few years.

“If we are successful in rebuilding the UK economy, we will need that in 10 to 15 years’ time if not, then I think we’re all in a different world.

As a result of the remarks, anti-runway campaigners are calling for Heathrow to drop its plans for expansion at Heathrow Airport with immediate effect.

This includes appealing a Court of Appeal ruling which stated climate targets had not been taken into account when the government prepared plans for Heathrow expansion.

Paul Beckford, policy director of the No 3rd Runway Coalition, said: “It is remarkable that even Heathrow’s Chief Executive now appears to accept that there may be no need for his expensive and climate busting third runway.

“The economic case for a third runway has always been negligible, has been eroded by delays even before a planning application has been submitted and must now be non-existent given the uncertainty around future demand.

“We believe that this uncertainty combined with the climate emergency means that Heathrow should withdraw their appeal to the Supreme Court and stop any planning or enabling costs associated with their expansion plans.

“Communities that have lived under the cloud of expansion for decades must be given proper reprieve from the threat of destruction and increased noise and air pollution.”

Mr Holland-Kaye clarified to the committee that the airport was still pursuing its appeal against the Court of Appeal’s decision in February to rule the business case for the expansion “unlawful”.

According to the judgement, the government’s policy statement on the project did not take into account its commitment to the Paris climate accords signed in 2016.

Last week the airport said all expansion plans would be pushed back by at least two years due to the disruption caused by the coronavirus.