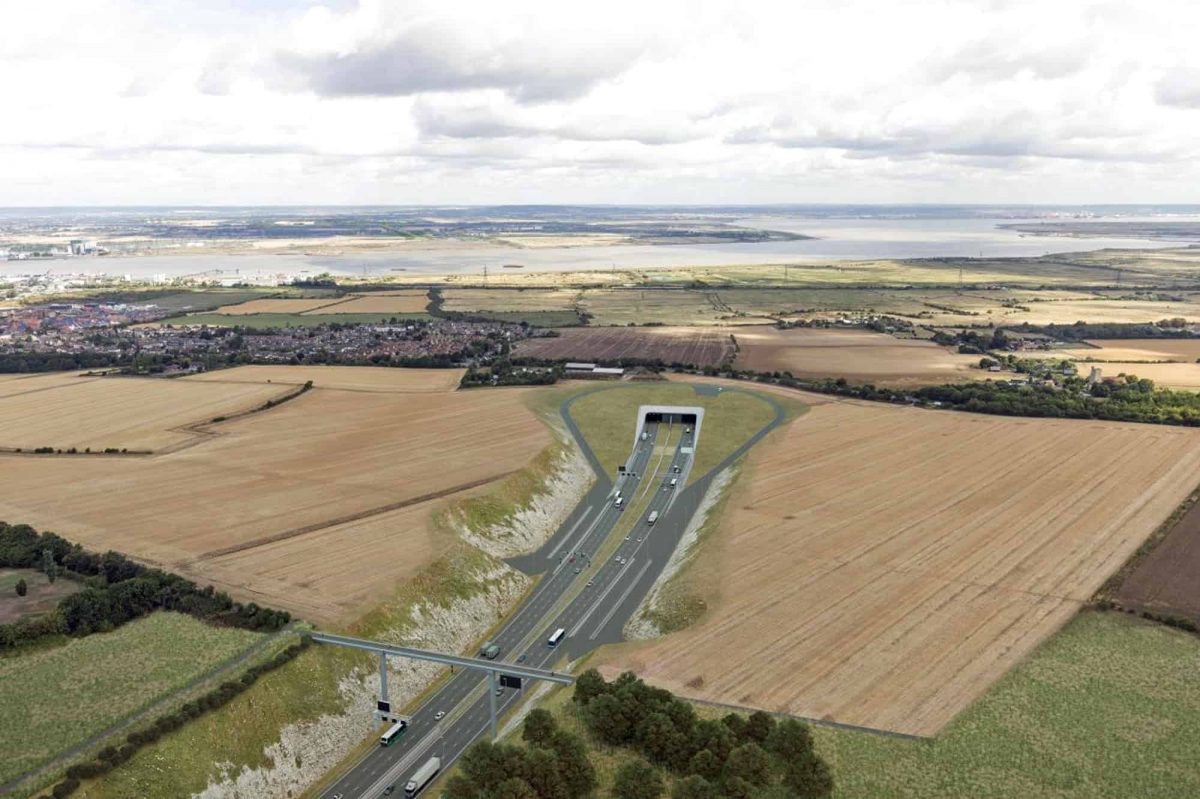 Undated handout artists impression issued by Highways England of how the southern portal of the Lower Thames Crossing, in Kent will look, as plans for a new multi-million pound road tunnel beneath the Thames have been updated, to boost capacity.

Doubts have been raised over the future of road-building schemes after anti-Heathrow expansion campaigners won their Court of Appeal challenge.

Environmental groups claim similar legal action could halt major projects such as the Oxford to Cambridge expressway, the A303 Stonehenge tunnel and the Lower Thames Crossing linking Kent and Essex.

On Thursday, the Court of Appeal ruled that the Government failed to take account of its commitment to the Paris Agreement on climate change when setting out its support for a third runway at Heathrow in its National Policy Statement (NPS) for airports.

This argument could be used to cancel several new road schemes which follow Government policy set out in the 2014 National Networks NPS, according to the Transport Action Network (TAN), which supports sustainable transport campaigns.

It is calling on the Government to re-evaluate its policy and spending priorities to ensure the UK meets its commitment to bring all greenhouse gas emissions to net zero by 2050.

The Department for Transport (DfT) insisted its roads strategy has been developed “alongside” its pledges on carbon reduction.

A TAN spokesman said: “We are seeking legal advice after yesterday’s Court of Appeal ruling on Heathrow to see whether the Government is also acting outside the law in pursuing its road-building programme.

“This programme is not only putting our ability to meet net zero by 2050 at risk, but it is also threatening our unique historic and natural environment.”

He described the National Networks NPS as “out of touch and out of date”.

A DfT spokeswoman said: “We take our commitment to carbon targets immensely seriously and have one of the world’s most ambitious plans for reducing carbon emissions. We have developed our roads strategy alongside this.

“We’re also working hard to reduce the environmental impact of cars on our roads, with our ambitious plans to encourage the uptake of battery electric vehicles resulting in one sold every 15 minutes last year.”

Jenny Bates, climate campaigner at Friends of the Earth, said the Court of Appeal “specifically recognised how the climate crisis needs to be at the heart of major infrastructure decisions”.

She went on: “It’s time that the Government catches up with this fact and stops pursuing its outdated climate-wrecking transport projects, such as major new roads and airport expansion at Heathrow or elsewhere, and instead gives us the clean transport network we need.”

In June last year, the Welsh Government scrapped a long-proposed £1.4 billion M4 relief road because of its cost and impact on the environment.

Stephen Joseph, a visiting professor at the University of Hertfordshire, said the National Networks NPS is “vulnerable to challenge”.

He told the PA news agency: “Climate change is effectively traded off against lots of small time savings by motorists.

“There are a number of controversial road schemes around the place where there would be people prepared to challenge.”

AA president Edmund King said: “Drivers like everyone else are concerned about the climate crisis and air quality but that doesn’t mean we should stop all road improvements.

“Many schemes can actually reduce CO2 and emissions by removing bottlenecks and cutting congestion. Getting stuck in traffic isn’t good for the environment.

“The advent of zero emission vehicles will also help. Roads are the most important method of transporting goods and people around the country and that is unlikely to change any time soon.”