“I think we are running a real risk if we do start to have lots of people going overseas in July and August because of the potential for bringing more of these new variants back into the country." 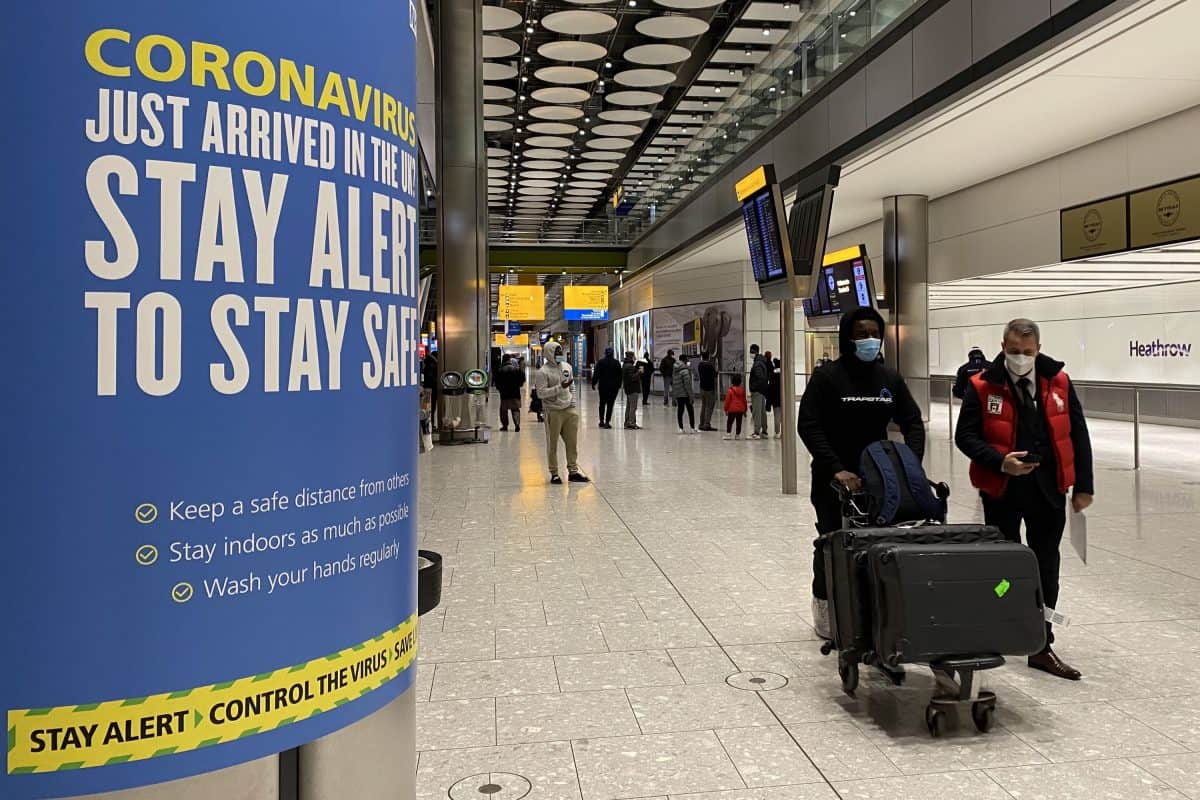 Holidays to foreign destinations will be “extremely unlikely” this summer due to the risk of new Covid-19 variants being brought back into the UK, a scientist has warned.

Dr Mike Tildesley, a member of the Spi-M modelling group which advises the Government, said there was a danger that new variants could jeopardise the vaccination programme later in the year.

It comes as a rise in coronavirus infections has led to countries across Europe imposing tougher restrictions, with scientists concerned about outbreaks of the South African variant.

Other experts have warned there could be a third wave of Covid-19 infections in the UK and advised people not to consider overseas holidays when restrictions ease later this year.

That is despite Government data up to March 18 suggesting that 49.9% of the UK population aged 18 and over had received a first dose of the vaccine, with an estimated 73,000 more jabs needed to pass the halfway mark.

“I think we are running a real risk if we do start to have lots of people going overseas in July and August because of the potential for bringing more of these new variants back into the country.

“What is really dangerous is if we jeopardise our vaccination campaign by having these variants where the vaccines don’t work as effectively spreading more rapidly.”

Government sources said the UK needs to be wary of what is happening in Europe “because in the past that has led to a rise here a few weeks later”, although how things will pan out is uncertain.

European countries are seeing pockets of the South African variant, with studies suggesting vaccines work less well against this variant.

In the UK, hospital admissions and deaths are still coming down due to the effect of vaccines, but there are worries that cases could rise quickly once restrictions are eased.

Professor Andrew Hayward, a member of the Scientific Advisory Group for Emergencies (Sage), said while another wave was “likely” in the UK, the impact could be less deadly than previous ones.

He told Times Radio: “I think another wave is possible. Likely, even.

“I guess the difference is that another wave will cause substantially fewer deaths and hospitalisations because of high levels of vaccination across the sorts of people who would have ended up in hospital or unfortunately dying if they haven’t been vaccinated.

“So the consequences of another wave are less. I think the challenge is of course we don’t know exactly how much less.”

Experts believe there will be an increasing “disconnect” between cases and hospital admissions and deaths going forward, as vaccines work to keep people from dying.

Regarding foreign holidays this summer, Government scientists say it is still unclear what will happen, but the risk of importing cases and variants comes from countries with a higher prevalence than the UK.

Professor Dirk Brockmann, an epidemiologist at the Robert Koch Institute in Berlin, said British holidaymakers should not be considering European breaks when lockdown restrictions ease.

He told Times Radio: “International travel is a means of new variants to distribute themselves across the globe.

“That’s how we do it. That’s how it got everywhere in the world. As long as there’s no massive immunity due to vaccination it is certainly not a factor that would help the situation especially when new variants are introduced and variants of concern in various regions in the world.”

Asked if he was saying “no” to Brits travelling to Europe, Prof Brockmann replied: “I’m saying no, in a long way.”

In Europe, the French government announced that new lockdown restrictions would be imposed on Paris from midnight on Friday due to an increase in cases.

Prime minister Jean Castex said France was facing a “third wave” of the pandemic, adding the new measures will last for four weeks.

Chancellor Angela Merkel said Germany may need to apply an “emergency break” on relaxing restrictions amid a rise in infections.

Poland begins a new three-week lockdown on Saturday, with shops, hotels, cultural and sporting facilities closed, while other countries including Italy and Spain have opted for curfews in a bid to reduce the rate of transmission.

Countries including France, Germany and Italy have begun restarting their vaccine programmes with the AstraZeneca jab – reversing earlier decisions to suspend them over blood clot concerns.

The rollout of the AstraZeneca coronavirus vaccine will resume in Ireland on Saturday, the Health Service Executive announced.

On Friday, Boris Johnson gave a double thumbs-up to mark his vaccination as he was given the jab at Westminster Bridge Vaccination Centre at St Thomas’ Hospital in central London shortly after 6.30pm.

Leaving hospital he told reporters: “I literally did not feel a thing and so it was very good, very quick and I cannot recommend it too highly.