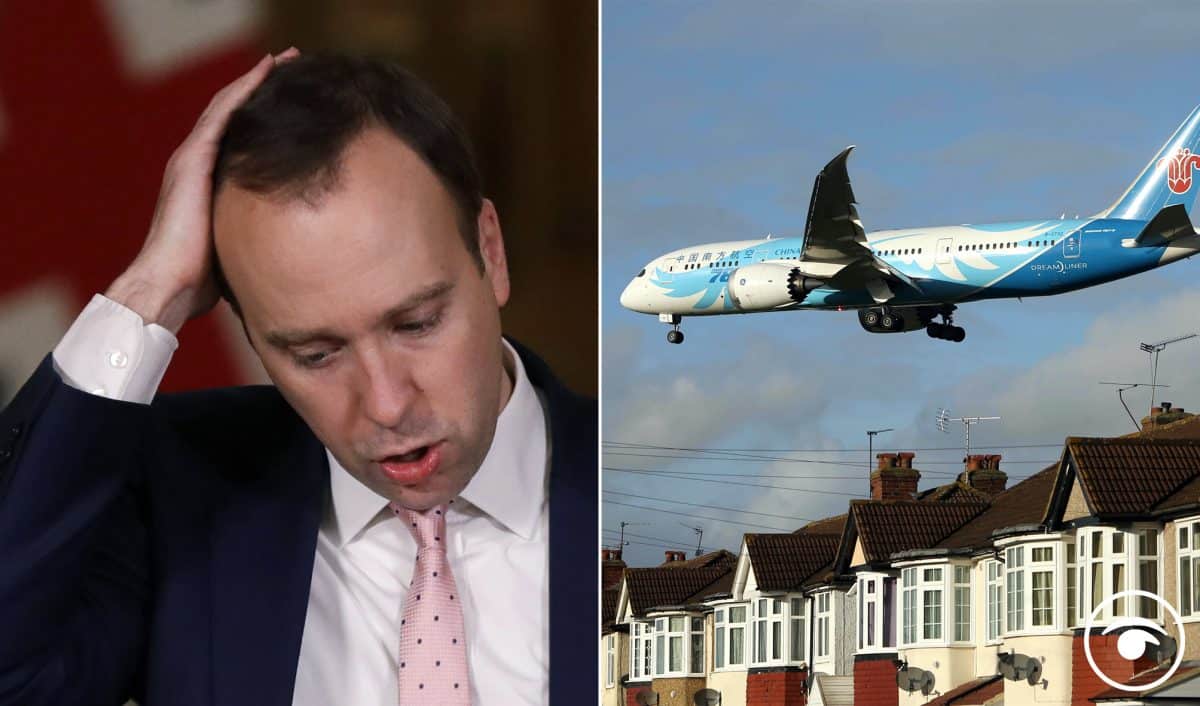 China is to suspend flights to and from the UK, joining a growing list of countries who have instituted travel bans in light of a new variant of coronavirus, its Foreign Ministry has announced.

It did not offer details on when flights would stop.

On Tuesday, the Chinese Visa Application Service Centre in London said it would suspend operations until further notice.

Non-Chinese passport holders from the UK had already been banned from travelling to China in November.

Elsewhere, New York City Mayor Bill de Blasio announced that, due to a variant coronavirus in the UK, authorities would personally visit all travellers from the UK to ensure they are in quarantine.

“We’re going to have sheriff’s deputies go to the home or hotel of every single traveller coming in from the UK,” he told a press conference on Wednesday.

He said: “Quite early on we looked at the question of stopping flights and the assessment was that if we stop flights directly from China at the beginning, unless you’ve got something like a 95 percent effect or unless you could stop all other routes from china to the UK by 95 percent, the effect on the delay to the epidemic was minimal.

“And more realistically we could get, at best, probably a 50 percent reduction.”

He continued: “This really wasn’t going to make a big difference and I think the evidence has borne that out actually, that you can’t, in the way the world works, you can not stop that unless everybody decided to do it all at once.

“And it’s certainly too late now to be trying to do that.”

Millions more people will be under the toughest coronavirus restrictions from Boxing Day as the UK implemented a travel ban on South Africa amid concerns over another new strain of Covid-19.

Health Secretary Matt Hancock warned the “highly concerning” new variant is believed to be more transmissible than the mutant strain that resulted in the creation of the new Tier 4 restrictions.

It is believed to be behind an increase in cases in South Africa, and has been discovered in two people in the UK thought to be contacts of those who travelled between the two countries in the last few weeks.

From 9am on Christmas Eve, visitors arriving into England who have been in or travelled through South Africa in the previous 10 days will not be permitted entry and direct flights will be banned, the Department for Transport said.

The ban excludes cargo and freight without passengers, and also does not include British and Irish nationals, visa holders and permanent residents, who will be able to enter but are required to self-isolate for 10 days along with their household.

Any exemptions usually in place – including for those related to employment – will not apply and passengers arriving in England from South Africa after 9pm on Wednesday cannot be released from self-isolation through Test to Release.

At a Downing Street press briefing on Wednesday afternoon, Mr Hancock said: “This new variant is highly concerning because it is yet more transmissible and it appears to have mutated further than the new variant discovered in the UK.”

Areas moving to Tier 4 from Boxing Day are: Sussex, Oxfordshire, Suffolk, Norfolk and Cambridgeshire, those parts of Essex not yet in Tier 4, Waverley in Surrey and Hampshire – including Portsmouth and Southampton but with the exception of the New Forest.