Canada’s reputation precedes it: it’s the world’s capital of cool as proved by the most awesome Prime Minister, Justin Trudeau. It’s so unhomophobic it’s progressed from being gay-friendly to gay-neutral, it’s pumped money into its arts and culture, it has America’s amenities and Europe’s refinement, it gave us Drake, and it’s an almost-perfect example of […] 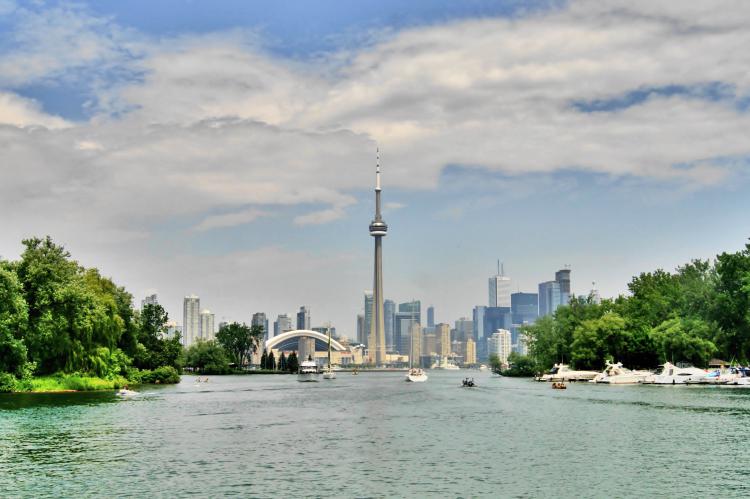 Canada’s reputation precedes it: it’s the world’s capital of cool as proved by the most awesome Prime Minister, Justin Trudeau.

It’s so unhomophobic it’s progressed from being gay-friendly to gay-neutral, it’s pumped money into its arts and culture, it has America’s amenities and Europe’s refinement, it gave us Drake, and it’s an almost-perfect example of how different ethnicities can live in the same communities.

As a microcosm of the country’s progressive thinking, Toronto is a pretty unique place. Flying to the city on WestJet‘s brand new low-cost route from Gatwick, it takes a quick walk around the city to understand why.

Evidently, the area’s progressive thinking is due to its many influences, brought on by its wave after wave of immigrants: its history is defined by citizens of fellow Commonwealth countries joining by settlers from the rest of the world, leading to a strong representation from Irish, Jewish, Chinese, Korean, Greek and Indian communities in its recent past.

Large enough for each community dominate a particular area, the distinct neighbourhoods of Toronto remain on the map as ‘Little India’ ‘Greektown’ ‘Chinatown’ etc. In real life, the fusion of these cultures is what defines Toronto in 2016. If it’s not evident by the barely-blink-an-eyelid integration, there’s culinary proof in the form of its fusion food.

This first became evident to me when passing Uncle Tetsu’s Japanese Cheesecake shop on the way to Chinatown, an offshoot of the original Matcha Cafe.

Upon further inspection, it transpires Uncle Tetsu’s is a brand found in the Far East with Toronto its only branch in the western hemisphere. It also turns out that its renowned for its matcha cheesecake – a glorious balance of naughty and nice.

It was but one example of fusion food, where ethnic food blended in a novel way with another. Often, it’s not a westernised version of a country’s dish, but two distinct flavours brought together, as with Rasta Pasta. The restaurant does big business in Kensington Market, the district behind Chinatown reserved for students and free-thinkers.

It’s not difficult to see why it’s so popular – they’re not exactly competing with others who sell a similar product. As the name suggests, their imaginative menu combines Jamaican and Italian flavours for concoctions like Dreadlock Pasta: homemade pasta with jerk meatballs, or Reggae Lasagne: with ricotta and mozzarella blending with calalaoo (a Carribean-style vegetable) in a spicy tomato sauce. 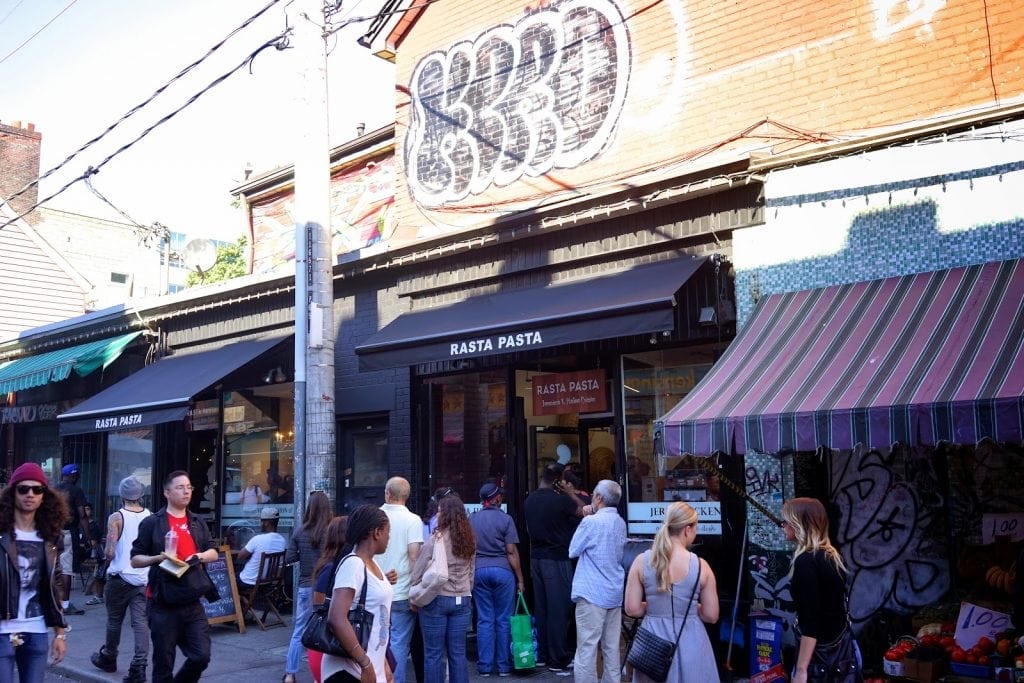 Just down the road, Golden Patty is a neighbourhood institution serving crumbly Jamican patties filled with goat, beef or creamy vegetables, all made from the hands of its Chinese owners.

A food tour with John Lee, a restaurateur, teacher and Toronto city guide, revealed that traditionally, immigrants were loathed to eat out and spend their hard-earned cash on lavish meals. That thinking is still rife across the city, resulting in only a small number of high-end experiences, and competitive pricing to keep them afloat (a three course prixe fixe meal in the CN Tower’s revolving restaurant is a bargain price of £40).

So the most delicious food in Toronto really is found in casual joints. And rather than elaborate cooking methods, or the sourcing of rare ingredients, it’s the taste combinations that are the focus of exploration.

While its many and varied cultural influences make up the most interesting aspects of its foodie offerings, that’s not to say its domestic produce isn’t worth shouting about too. In addition to maple syrup (which is a little less ubiquitous than expected), it makes delicious wine – Canadian wine is supremely underrated from my tastings of a sample, including the light and playful Henry of Pelham Cuvée Catharine Rosé Brut.

I was also surprised to hear of fiddleheads, a curly fern-like ingredient that looks as strange as it sounds. The taste is wonderful though, coupling the flavour of asparagus with the watery texture of pak choi.

These domestic finds made me realise that while the cultural combos are undoubtedly the highlight of Toronto’s creative food scene, there’s no end to the surprises it has in store for visiting foodies.