There are a few choice things Britain does well – like the NHS, afternoon teas, manners – and stately homes is certainly one of them. The Luton Hoo Hotel is a palatial Grade I-listed mansion house dating back to the late 18th century, and it’s still painstakingly preserved. Traverse from the overflow cark park to […] 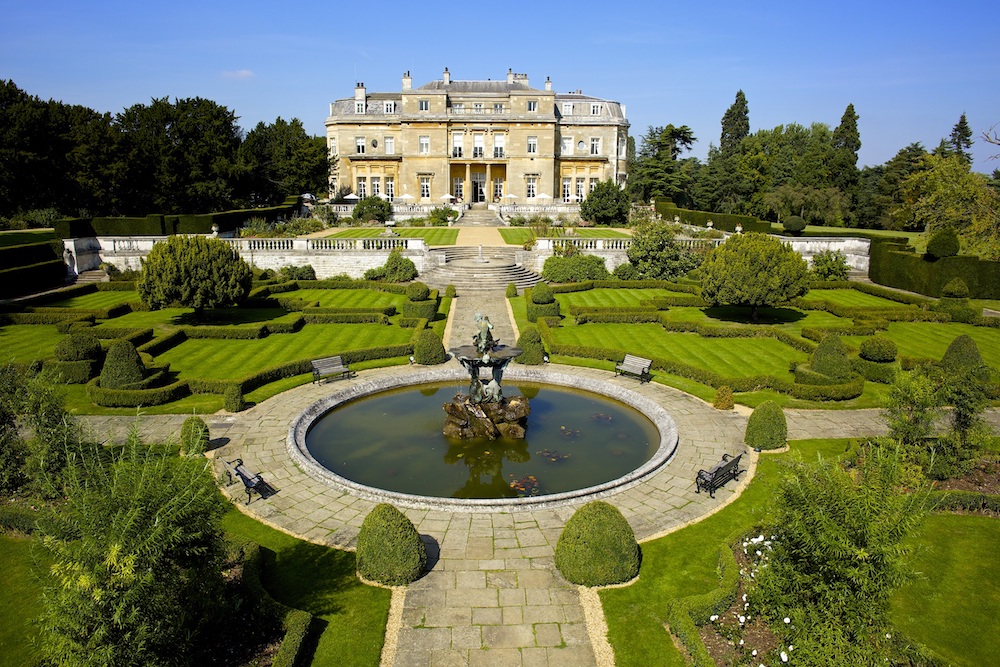 There are a few choice things Britain does well – like the NHS, afternoon teas, manners – and stately homes is certainly one of them. The Luton Hoo Hotel is a palatial Grade I-listed mansion house dating back to the late 18th century, and it’s still painstakingly preserved. Traverse from the overflow cark park to the house, and the pathway is adorned with plaques sharing its eventful history: in 1947, Elizabeth II and Prince Phillip enjoyed the honeymoon there, and in 1948, Winston Churchill addressed a crowd of 110,000 on the Luton Hoo lawn – not far off from a sell-out Glasto crowd.

The most recent plaque comes from 2008, when Elite Hotels opened it up as a hotel, golf and spa retreat after a 10-year, £60 million restoration. And you can see where that money went. From the sweeping staircase to its well-kempt grounds, originally designed by Capability Brown in 1764 according to another plaque, it’s everything you’d hope a five-star luxury mansion house hotel would be – no wonder the likes of Four Weddings and a Funeral and Vanity Fair filmed here.

It was alluring enough for myself and my mother to take a trip and get some quality time together. Here’s how we found it.

Location 3/5
When you think of English luxury, the working-class town of Luton might not be the first town that springs to mind. It might well be the last. It’s a shame as otherwise the location means the hotel is accessible: it’s just off the M1 or a short cab ride from the well-connected train station. For better or worse, Luton Airport is located at its perimeter, but it’s worth noting no flight path is allowed to go over the house, so planes are only noticeable outside. Overall, the expansive 1065 acres itself comes good on the expectation of a rural retreat.

Rooms 4/5
There rooms over three areas: there are 38 mansion house with huge ceilings and character rooms (the Queen stayed in Room 6 FYI), 35 Parkland rooms by the spa, a few minutes walk away and ideal for those who want a more informal stay, plus 84 Warren Weir, for event and conference stays. Even the entry-level rooms of each are huge – there’ll be no tripping over suitcases here. Decked out in countryside décor involving pastel greens, velvet furnishings and solid wood antiques, some rooms are suites, dog-friendly ones have a terrace, there are few four-poster beds in the mix, but features like Molton Brown toiletries, strong wi-fi and Nespresso machines remain the same between the categories.

We stayed in a Mansion House room, with a stunning view overlooking the formal gardens, and altered to give us twin beds rather than a double. I wondered if I was going to hear planes in the pin-drop quiet of the morning, but I didn’t rouse at all – the double-door entry meant corridor noise wasn’t an issue either. While the space of the room was my favourite part, the marble bathroom, complete with a corner bath, impossibly fluffy towels and bathrobes, come a close second.

It’s old school in style, and old school in service. As we went to breakfast, the chambermaids that were busy polishing the banisters stopped to greet us good morning. In the foyer, the staff are mostly stay formal and courteous, but are quick drop their guard to relate on more friendly level, which I appreciated.

As well as the golf and spa, they have a number of walks around the gardens, activities like shooting, archery and axe-throwing (!), and free bikes to hire, as well as numerous events like open air cinema this summer. For art enthusiasts, they’re also running an artists-in-residence programme with Tim Scott Bolton until October, in which the landscape artist leads a walk around the grounds (29 May), hosts an extravagant dinner (12 July), and a champagne exhibition (25 October).

Still, the tempting opulent lounge, best enjoyed with tea and a good book, is always calling.

The Hoo has three restaurants that range in formality, the finest being Wernher’s Restaurant in the mansion house, also where its decent-enough breakfast is served. It’s so exquisitely decorated – from the huge tapestries that adorn its walls right down to the weighted silver salt and pepper shakers – that’s reason enough to pay a visit. It’s a feast for the eyes, and the food is excellent too; for dinner we went veggie, and while they were ‘in between’ vegetarian menus, there was enough on the main menu to satisfy.

After chef’s surprises, the goat’s cheese mousse was as fluffy and offset the textures of beetroot nicely. Then the globe artichoke main came heaped with vegetables like broad beans and leeks that were not too soft, not too buttery and full of flavour. Meatier options included a tempting guinea fowl supreme and leg ballotine, or lamb sourced from Ouse Valley in Sussex, served with fondant potatoes and wild garlic foraged from the grounds.

It’s wise to share a dessert – going against the mini-portions that fine dining is known for, the dark chocolate mousse was so divinely rich, it was enough for two.

As you roam the grounds, keep an eye out for the hotel’s three peacocks. One of them is male, as you’ll guess from its vibrant blue plumes.

Shilpa was a guest of Luton Hoo, address (rooms from £260)