2017 will be remembered as the year that Ryanair  bosses got very red faces.  A bizarre decision to change their staff holiday entitlement proved to be a very poor judgement and left most of us thinking they should probably fire the person who made that call. Flight Chaos The changes they made resulted in many […] 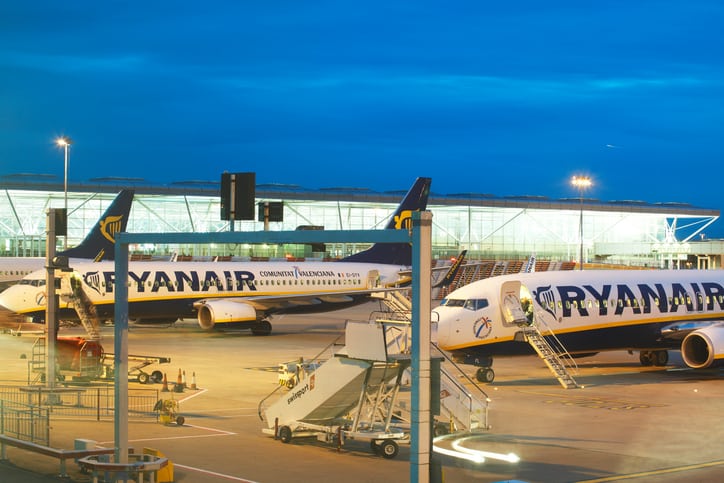 2017 will be remembered as the year that Ryanair  bosses got very red faces.  A bizarre decision to change their staff holiday entitlement proved to be a very poor judgement and left most of us thinking they should probably fire the person who made that call.

The changes they made resulted in many pilots and cabin crew having a lot of holiday entitlement to use up.  Knowing that it couldn’t really be denied the jaw-dropping decision was made to allow all these staff to be off at the same time, some of them for up to a month.  The result meant that there would not be enough people in work to actually fly the planes.  Thousands of flights were cancelled, and passengers everywhere were naturally in an uproar.  While the airline did what it could to reroute these passengers, such is the popularity of air travel we simply do not have enough flights operating to pick up the slack.  It has certainly put a significant dent in their reputation and knocked consumer confidence in the firm, which no airline could really afford.

It Taught Us One Important Word

Air travel compensation has always been around, but most travellers are unaware of the rules and regulations and tend to be too polite to want to make a fuss. However, while some passengers will have been able to secure alternative flights for some people these flight cancellations caused massive stress and personal disruption.  The word compensation became the buzz word of the day with hundreds of companies and bloggers taking to the largest forum in the world to make sure people were aware of the rules and regulations. Rightly so, the call went out to all passenger to exercise their right.  Transporting the public is a responsibility that we cannot allow airlines to take lightly, or in this case seemingly so flippantly.

Under the terms of EU rule 261/2004, flights departing from EU countries are entitled to compensation if they are delayed or in this case cancelled. The rates are predetermined, but so many passengers are still not making the claims that they rightly can make.  Travel insurance also offers various payouts depending on the circumstances, so passengers need to make sure they are taking a stand and advocating for themselves when they are genuinely entitled to do so.  Some passengers may now miss important events, or have to spend a lot more to fly with other airlines, and this is not something that they should have to just put up with.  It can be very distressing to be stranded at an airport, but equally, it is not nice to have planned and paid for a while event to find that a vital part – the flight – is cancelled – even well in advance. It basically means you have to make new plans and start again, as connecting flights may now not fit, or hotels may be needed for different dates, a hassle that most people could really do without.  If you were affected by the Ryanair Fiasco make sure you check the rules.