This luxury spa hotel is putting the North East on the map for a different reason. 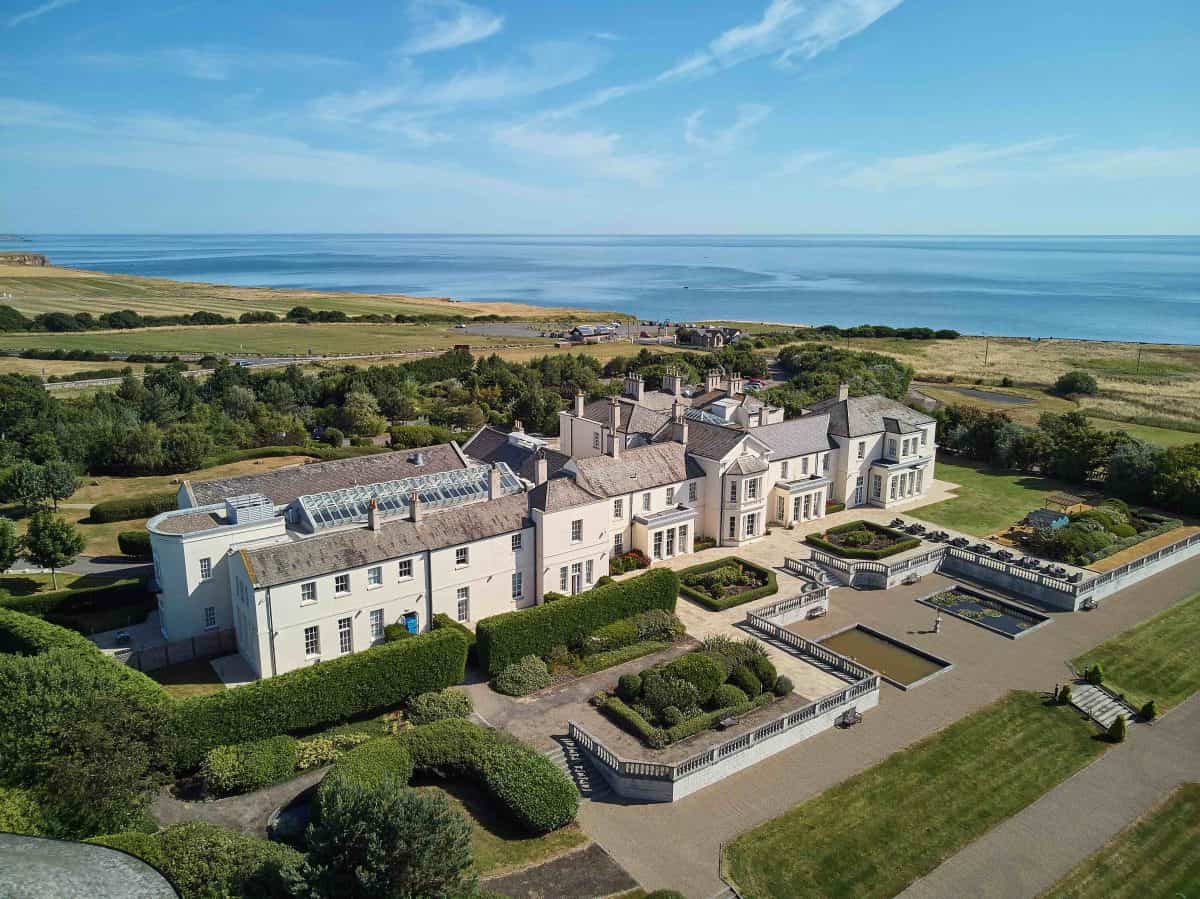 The North East of England is better known for its football teams than its fancy spa hotels. However, Seaham Hall Hotel & Spa put this modest region on the map earlier this year after winning VisitEngland’s gold medal for Small Hotel of the Year. Meanwhile, the on-site Serenity Spa also bagged the Hotel Spa of the Year for Western Europe and Scandinavia. There’s no surprise, then, that Take That, Jason Donovan and Marti Pellow are among guests said to have stayed here. Pulling into the driveway in a chauffeur-driven Jaguar, it’s easy to understand the celebrity appeal. Luscious, verdant grounds surround a whitewashed Georgian country house, which overlooks a choppy sea.

Seaham, a former mining town on the North East coastline, is close to a scattering of fantastic beaches and many old-school seaside cafés. It’s also home to Ray Lonsdale’s poignant statue of Tommy – a 9ft 5-inch WW1 soldier with a sullen face. Sunderland is around 15 minutes by car, and Newcastle is just under 30 minutes if you fancy a bit of city action. Beamish, the Living Museum of the North, is around half an hour drive away. However, Seaham Hall’s access to this relatively untouched coastline, and charming seaside towns, like Tynemouth and Whitley Bay, is a big pull.

All 21 rooms at Seaham Hall Hotel & Spa are almost entirely different. Some come with clashing patterns and maximalist interiors, some have hot tubs and sea views, while others have them all. Though all rooms have one thing in common: they’re massive. Room six has a corner sofa and TV the size of a solar roof panel. iPads are available, making it easy for guests to book spa treatments, room service or check out local activities from their room. There’s also a pillow menu, bathtubs, luxury toiletries and complimentary soft drinks. Knockout views over the grounds are also on the house. The best thing of all? Breakfast can be delivered to your room. Just fill out the card and hang it on the door the night before and it appears the next day, as if by magic.

Set back a few hundred metres from the wild North Sea, Seaham Hall looks like something you’d read about in a Jane Austen novel. And it could well be as Lord Byron married Anne Isabella Milbanke here in 1815 in a short-lived marriage. Aside from an unusual water feature in the driveway, this charming 18th-century building’s entrance is bucolic and warm. And that’s before you’ve met the delightful Joanna from Tynemouth, who’ll do everything you can to make you feel welcome.

The hotel is located in a separate building from the spa and accessible via a James Bond-esque tunnel. The serene floating footbridge passes a fish pond, a floating Buddha and a life-size baby elephant. The spa is enormous and the numbers are limited to ensure a steady, calming flow. Inside, guests swim in the large pool, dip from plunge pools to saunas (salt and normal), get flushed around the hydro pool and unwind in the hammam. Outside, things feel Scandinavian: think wooden hot tubs, shallow heated pools and an abundance of greenery.

Ozone, located near Seaham Hall’s famous Serenity Spa, offers shoulder-dropping views across the hotel’s well-manicured lawns. The décor is contemporary with a futuristic red domed ceiling, modernist furniture and floor-to-ceiling windows. The restaurant focuses on pan-Asian cooking. Here, guests enjoy starters, curries, noodles, and cocktails while donning relaxed-looking faces and fluffy robes (you can go directly from the spa). The Szechuan noodles are excellent, and the staff are fantastic.

Over in the main building, executive chef Damian Broom is in charge of ‘The Dining Room’. The Dining Room is on the glitzier side of glitzy – picture grandiose chandeliers, silver birch-effect walls, floral lights and 4ft plants in bark-covered pots. High ceilings and laminate wood floors feel a bit sterile but the food on offer more than makes up for it.

Broom centres his menus on sustainable produce, sourcing as many ingredients as possible from local vendors. At £60 – £65, the ever-changing five-course tasting menu is great value. The turbot in bouillabaisse sauce was a delight and the lamb cutlet was so tender you could cut it with your little finger.

Rooms at Seaham Hall Hotel & Spa start from £295.00. Breakfast and full use of the spa and grounds are included.