“Make no mistake”, our taxi driver, a black South African told us on the way back from a shark diving expedition, “racism is as rife as it ever has been in our country.” Politics had been on the agenda as soon as we stepped off the plane in Cape Town’s international airport. The shanti towns […] 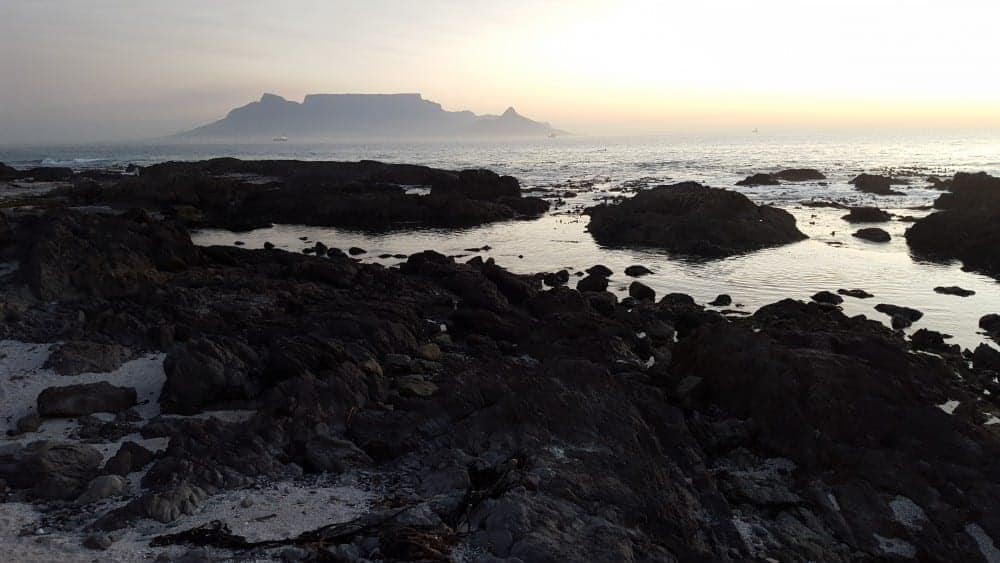 “Make no mistake”, our taxi driver, a black South African told us on the way back from a shark diving expedition, “racism is as rife as it ever has been in our country.”

Politics had been on the agenda as soon as we stepped off the plane in Cape Town’s international airport. The shanti towns that skirt the runway make an apparent impression on unsuspecting tourists less au-fait to the visible scars of poverty. But according to our driver Ulysses, the racism that exists today is directed towards the whites.

“Everything used to work,” he said, “but now fuel prices are soaring, our economy is faltering and we’re heading towards a debilitating drought. Our armed forces are overwhelmingly black, our police force is overwhelmingly black, politicians are all black and our businesses are forced to hire people based on the colour of their skin. Does that not sound racist to you?”

He had kept almost silent on the six hour round-trip from Cape Town to Gansbaai, where El Nino had contributed to a rocky start to the year for the booming shark tourism industry. Jacob Zuma and his entourage – some 8 cars, a helicopter and countless security guards – had just passed our van en route to the prime minister’s private jet and his mere passing had stirred a deep-seated contempt for the man.

“One day soon”, he said, “there will be a full race war in South Africa. Mark my words.”

From an outsider’s perspective, if the vindicated ethnicity had indeed reversed in the so-called Rainbow Nation then there is very little evidence of it.  White communities are still commonly prosperous while the black and ‘coloured’ communities still live in relative and, in many cases, absolute poverty. What’s more, to grant him that interpretation is to completely overlook the horrors of South Africa’s past, something I was more forward about in debates with our white, male host.

But one thing is for sure, since apartheid, colour still matters in South Africa. The Rhodes Must Fall protests were in full swing at the university in protest to university fees, a lack of housing and so-called “whiteness and members of the ANC had took to the streets in Pretoria to demonstrate against Racism in the press. As The Economist reported this week, “the protests are symptomatic of a resurgence of racial antagonism in South Africa, fanned by frustration over a slowing economy and high unemployment. More than two decades after apartheid ended black South Africans are still worse off than whites.” What struck me was that these issues weren’t political matters, but race-related. Jacob Zuma has undoubtedly taken a backwards step in improving race relations since Mandela. The majority of South Africans feel that race relations have either stayed the same or deteriorated since the dawn of the democratic era in 1994, the annual reconciliation barometer published by the Institute for Justice and Reconciliation (IJR) found. A total of 61.4 per cent held this belief, with only 35.6 per cent saying they did not experience any racism in their daily lives.

Politically, Zuma is doing little to appease his opposition. Last week he had to wait around an hour before he could make his state of the union address because of heckling in parliament, largely on the back of news that he used some $23 million of state money to upgrade his Nkandla home. Zuma Must Fall demonstrations are rife and rumours of a split within his party are becoming mainstream. Many believe he only hangs on to his premiership because of backing from the super-rich and a lack of a viable alternative.

Economically, the country is suffering on a global stage because of a general negative sentiment towards emerging markets, a slowdown in China and its exposure to commodities, and it is reeling from domestic issues such as electricity shortages, a struggling manufacturing sector and the visa regulations debacle. That has forced the rand down as low as 23 to the pound, a blow for business but a boon for the tourists. Take your family out for a full steak dinner with all of the overindulgent trimmings you can imagine and you will be hard pushed to break £30 a head. Treat yourself to VIP treatment at Newlands for international cricket and you’ll pay no more than the cost of the cheapest seats at Lords, and they’ll chuck in three square meals and all of your drinks to boot.

Half way through the summer season and local officials are predicting record-breaking tourist numbers this year, buoyed by relaxed Visa regulations, boiling hot weather and favourable currency conversions. European tourists are also enjoying increased accessibility in to the Western Cape, with direct flights from London, Munich, Frankfurt, Paris, Amsterdam and Istanbul all providing quick connections to regional airports. But all things considered, you need very few incentives to visit the southernmost city on the African continent.

First off, it is literally encapsulated by natural beauty. Table Mountain peaks at the perimeters of the city  but stretches along the coast providing a stunning backdrop en route to the Cape Peninsula, where you can find penguins at Boulders Beach and seals at Hout Bay before making your way to Cape Point and the Cape of Good Hope  at the extreme southwestern tip of Africa.

And if it’s a scenic holiday you’re looking for, nothing quite beats a day touring the vineyards in Stellenbosch. Acres upon acres of vineyards lye in the scenic backdrop of the Hottentots Holland nature reserve. The Stellenbosch Wine Route is the most renowned, but take any half decent tour guide and they will be able to customise a route from the bountiful wineries on offer.

The city itself is equally appealing. The Waterfront complex offers harbour-side dining, boutique shopping and The Cape Wheel for picturesque cityscapes. Long Street is well worth a visit for those who prefer the nocturnal side of city life and for eats, try The Hussar Grill in Camps Bay which has been serving steaks for over half a century and is well renowned for doing so. Just remember to order a stretcher to take you home!