Nostalgic images dating back almost half a century have been released providing a very British trip down memory lane. National Express turns 45 this year, and to celebrate the company has raided the archives and dug out a string of old photographs and marketing material. The rare, previously unseen images, one of which shows the […] 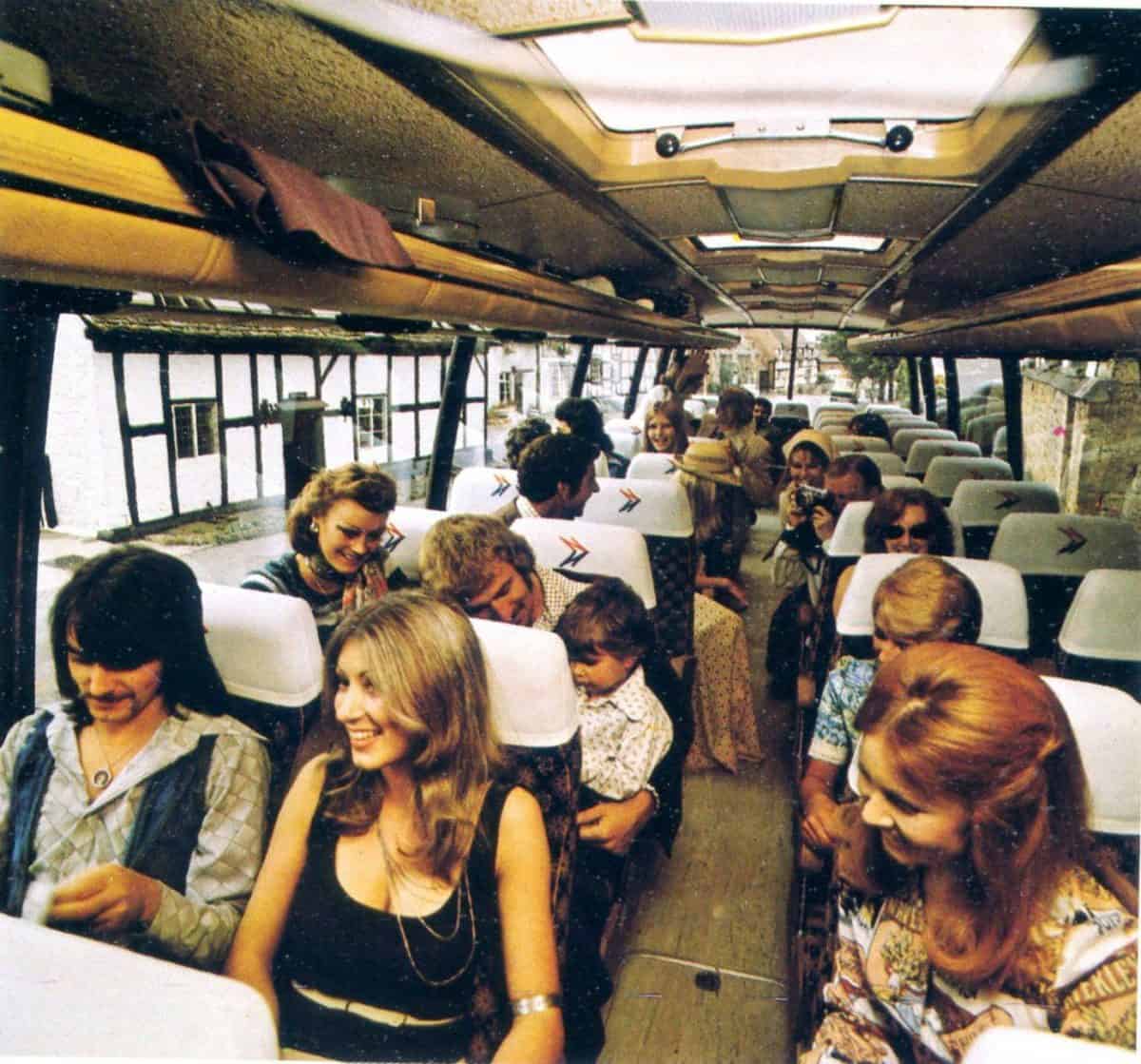 Nostalgic images dating back almost half a century have been released providing a very British trip down memory lane.

National Express turns 45 this year, and to celebrate the company has raided the archives and dug out a string of old photographs and marketing material.

The rare, previously unseen images, one of which shows the eight-strong customer service team at work at the firm’s Birmingham HQ in 1974, give a fascinating insight into the origin of the much-loved brand.

Since the company launched National Express coaches have clocked up a staggering 3.5 BILLION miles. The famous intercity coach operator traces its origins to 1972 when scheduled coach services run by the National Bus Company were united under one brand known as ‘National’.

Some of the images date back to 1966 when coaches came under the National Bus Company’s umbrella.

Managing Director Chris Hardy said: “National Express is turning 45 and like any good birthday we thought it would be fun to ‘open the family album’ and lift the lid on our archive – including some previously unseen material – in a bid to make people smile.

“People have grown up with National Express and we’ve made memories by connecting people all over the country with their friends and families.

‘’We’re proud to be a fixture of the UK’s roads and play our part in the journey of people’s lives.

“It’s happy birthday to National Express and thank you to the millions of people who’ve come along for the ride”.

Today National Express has over 900 stops across the UK and operates 19 million journeys a year.

Fuelled by the explosion of low-cost flights, around a third of all journeys are now to airports.

Birmingham, Bristol, Manchester and Leeds are now the most popular cities to visit by National Express outside of London.

National Express coach driver Mike Davies covers the company’s longest direct service route from Edinburgh to Plymouth, and is believed to be Britain’s most-travelled driver with over 40 years and three million miles to his name. Mike added: “National Express is a British institution and it’s impossible to travel any distance on the UK’s motorways without spotting one.

“Everyone has a memory of a National Express and there aren’t many companies you can say that about.

I’ve seen it all over the years and coaches have really changed – scratchy velvet seats went out years ago – it’s all leather now and technology has been a real game changer.

“It’s amazing to think the company is 45 and exciting to think about what the coming years will bring.”

2. Now a coach ticket is purchased every FOUR SECONDS

3. All manner of weird and wonderful items have ended up in lost property, from false legs to Indian head-dresses and even a live crab

5. A National Express 49-seater coach takes up to one mile of car traffic off the roads

6. Coach spotters are ‘a thing’ – you will often see them at major events or popular junctions taking notes of registration plates

7. 1,600 drivers currently work for the company

8. National Express has pioneered many transport industry ‘firsts’, including the introduction of wheelchair lifts to all its coaches

9. Drivers cannot start up a National Express coach engine without taking a breathalyser test, which is set much lower than the UK legal limit

10. Coaches are most commonly used for commuting, day-trips or going on holiday but more than one bride has used a National Express coach to get her to the church on time.