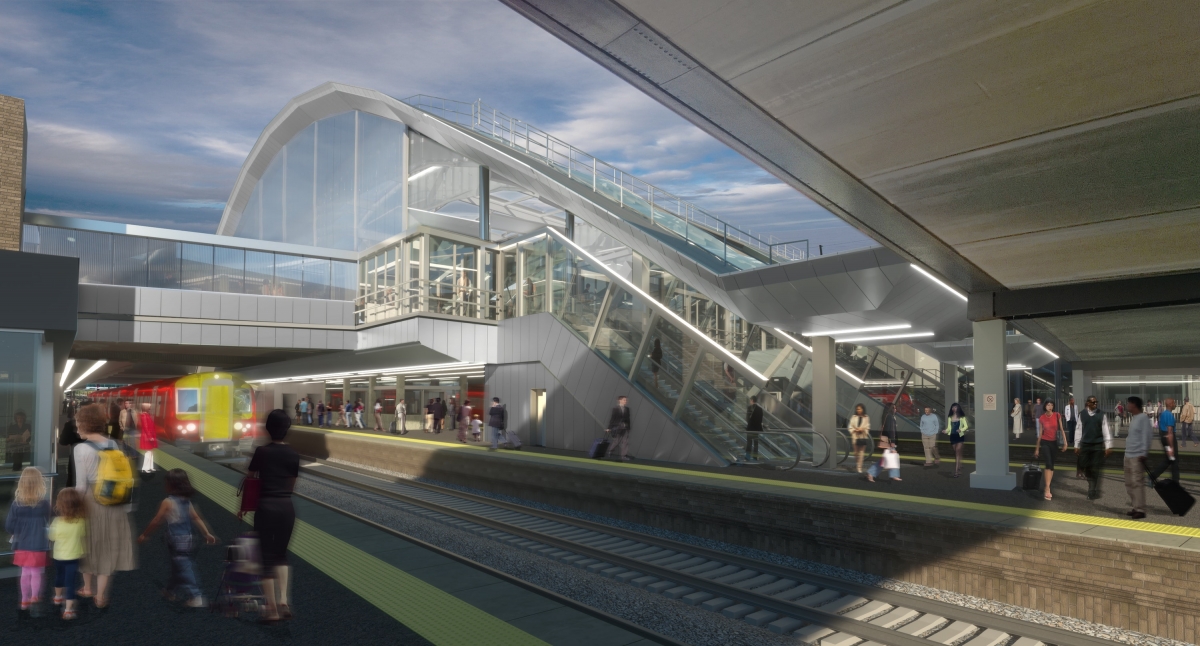 Gatwick Airport’s “overcrowded” railway station is to be given a £150 million upgrade, the Department for Transport (DfT) has announced.

Major enhancements will be made at the West Sussex station to improve the flow of passengers.

Many airline travellers – particularly those with heavy luggage – struggle to make their way through the station due to its design.

The number of people travelling to the airport by train each year has grown by six million since 2010, reaching around 20 million.

“There’s plans to build a business park alongside the airport. It’s absolutely essential that we have a station here that is fit for purpose.

“At the moment the concourse is too crowded, the platforms are too narrow.”

Planned upgrades include doubling the size of the concourse, widening two platforms and adding five more lifts and eight escalators.

Gatwick Airport chief executive Stewart Wingate said: “Gatwick has been transformed in recent years and the redesigned train station will take the airport’s redevelopment to the next level by providing a seamless transition between the airport and the station.”

The DfT said the station is not designed for the current volume of passengers, particularly those carrying bulky luggage.

A large section of the concourse is given over to a queuing system for passengers buying tickets from machines.

Mr Grayling said making it easier for passengers on Britain’s railways to pay for travel using a smartphone app is “one of the things that is clearly going to have to happen”.

He went on: “There are always going to be some people who are going to come in and need to or want to buy a ticket from a machine.

“But hopefully in the future we’ll have far fewer ticket machines.”

Improvements at Gatwick will start in spring 2020 and are expected to take around two years to complete.

The DfT said the work will be scheduled to “ensure minimum disruption”.

The renovation will be managed by government-owned Network Rail in partnership with the DfT.

The airport’s owner, Gatwick Airport Ltd, and Coast to Capital Local Enterprise Partnership are co-funding the project with £37 million and £10 million respectively.