Unite's general secretary blamed "bargain-basement wages and insecure jobs" for the chaos, which could get even worse this summer. 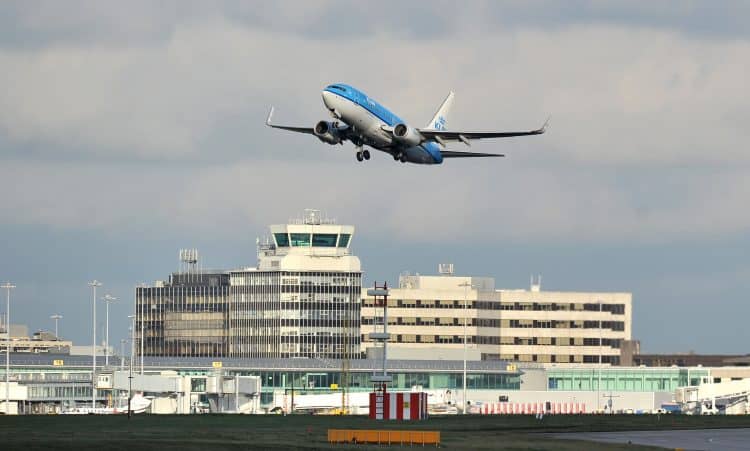 The managing director of Manchester Airport has resigned her position following days of chaos at the start of the Easter holidays.

Karen Smart has been with Manchester Airports Group (MAG) for eight years and in her current role for the last two.

In a statement MAG, which also owns East Midlands and Stansted airports, said she has “decided now is the time to return to the south of England, where her family is based, to pursue fresh career opportunities”.

Travellers have faced long delays and chaotic scenes with queues trailing outside terminals to reach check-in and hordes of people waiting to get through security and to pick up luggage.

Piles of suitcases have been left in terminals after travellers abandoned the wait to reclaim their baggage and instead left for home.

The airport, along with much of the aviation industry, has struggled to recruit staff made redundant after the pandemic shutdown airports and travel.

He said after mass redundancies due to Covid, some workers have found alternative jobs with similar wages and may not be willing to return to work at the airport doing unsocial hours for similar rates of pay.

Manchester Airports Group, which also runs Stansted and East Midlands airport, is partly owned by the 10 local authorities of Greater Manchester, with the biggest stake held by Manchester Council.

Mr Burnham has said although the airport was run independently of the Greater Manchester Combined Authority, which he heads as mayor, it matters “hugely” to the city-region.

The MAG airport site is currently offering jobs for drivers with a starting salary of £13,000 a year and security ‘ambassador’ jobs targeted for students paying £10.53 per hour, including night shifts, 3am starts, weekends and bank holidays.

Unite general secretary Sharon Graham said: “Bargain-basement wages and insecure jobs must be consigned to the past if the sector wants to get back on track.

“It is pretty simple – if you want to thrive, treat your workers with respect and don’t attack their jobs, pay and conditions.”

A spokesman for MAG yesterday apologised to passengers but stressed the whole industry is facing staff shortages and a rapid increase in passenger numbers as the summer season begins.

A statement on the talks is expected from Mr Burnham on Wednesday.

Related: Rishi Sunak has donated more than £100k to his old boarding school