Brand new for summer 2016 is The Sheep, handily located on Sheep Street, the main road of Stow on the Wold. The Gloucestershire village is typical of the Cotswolds in that there’s as many cute cafes as people. Which, in this case, is quite a lot. Curious to check out this new accommodation, myself and […] 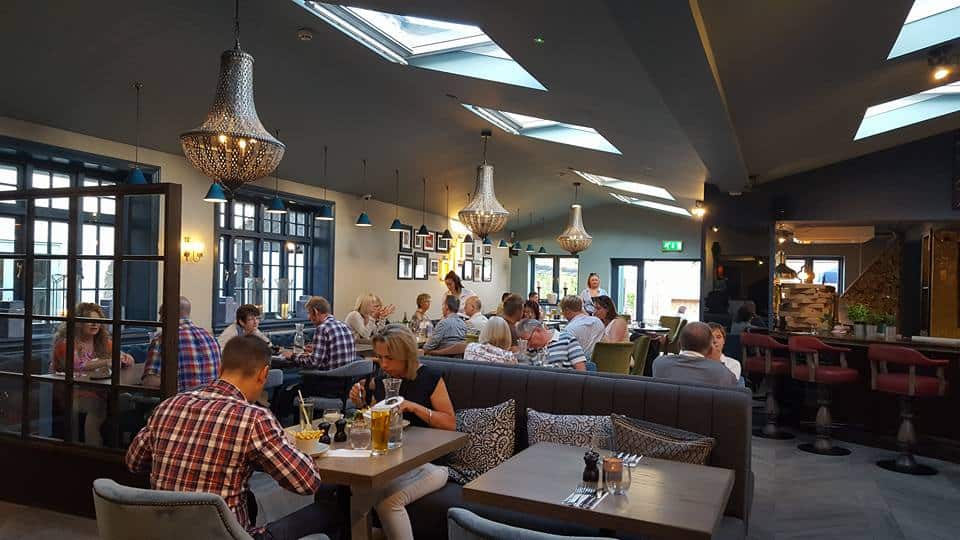 Brand new for summer 2016 is The Sheep, handily located on Sheep Street, the main road of Stow on the Wold. The Gloucestershire village is typical of the Cotswolds in that there’s as many cute cafes as people. Which, in this case, is quite a lot. Curious to check out this new accommodation, myself and a lucky pal packed up our overnight bags to see whether this 22-room B&B was worth bleating about. Heh.

An easy couple of hours from London via train then shuttle bus, Stow on the Wold feels like a different time and country, where Cath Kidston is queen and warm welcomes are currency. The town is about four streets big, interconnected by little alleyways that, unlike London, have no untoward odours. It makes perfect sense that it’s a big tourist draw, as suggested by the endless run of B&Bs in its centre. The competition must be fierce given they all seem to offer a similar proposition: charming, rustic, family-run-style, and unmistakably English. 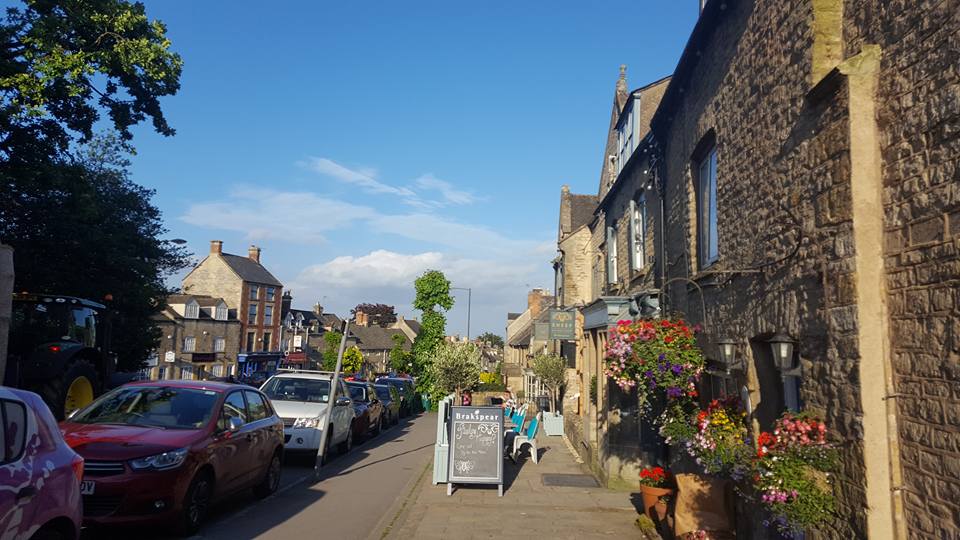 The Sheep fits in well to this offering, but with the benefit of its recent refurbishment and serious investment, it has the benefit of raising the standards, and boy does it do that. Located in the heart of the village, its restaurant, convivial bar and B&B are thought-out to a tee and interior design is straight out of a glossy mag. 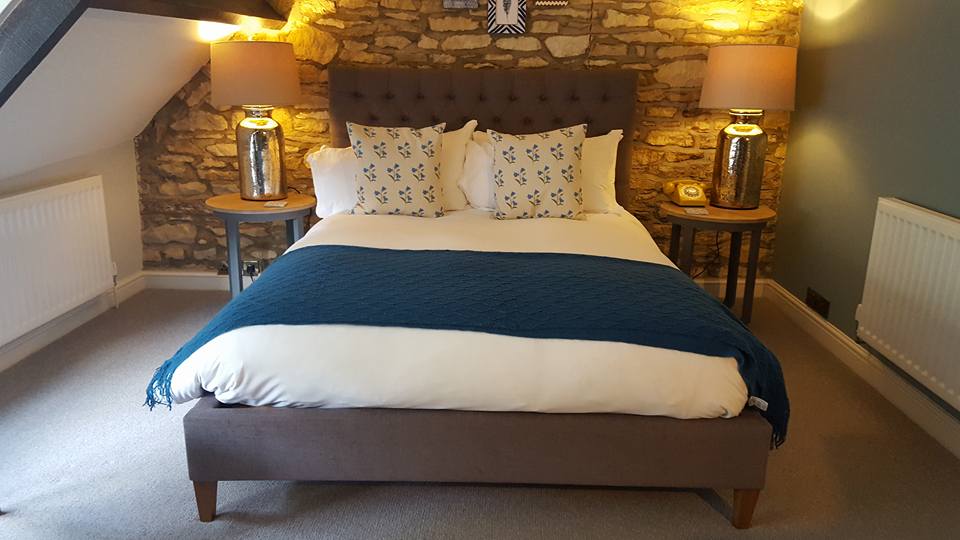 So on fleek it’s not even true, the Premium room we stayed in was a thing of beauty, with exposed beams, brick walls, warm lighting…basically, all the stuff I can’t afford to do in my own bedroom, they have here in one square space. It’s such a joy to be around that coupled with its homely feel, it’s difficult to ever leave the room. And they have a Nespresso machine. 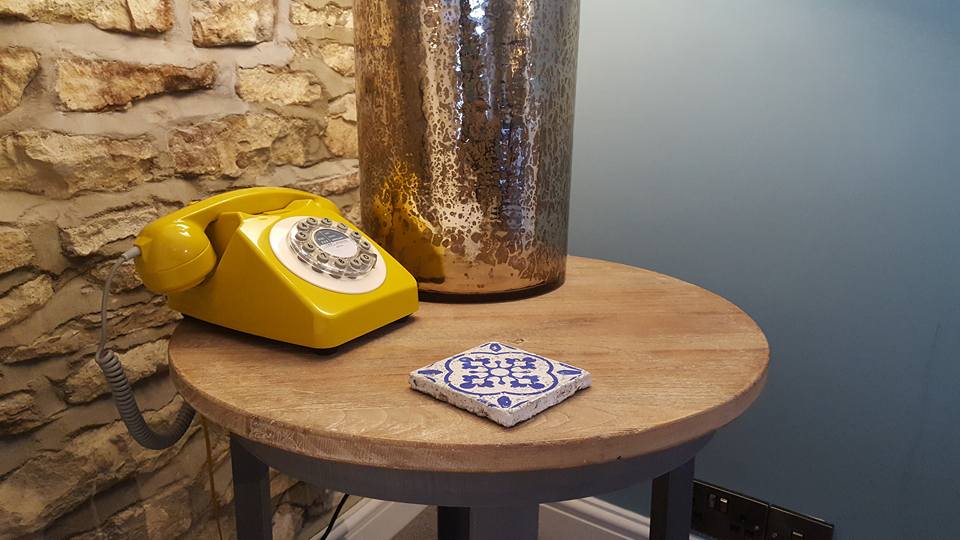 There’s little touches like the old skool telephone and writing bureau that give it extra character. Indeed, they’ve struck a perfect balance between special and comfortable – it’s high spec alright, but it still invites you to feel relaxed and enjoy the space. The only thing to note is that being in the main street, the rooms are on the small side – don’t bring cats to swing as it may prove difficult.

Found in the corner of the beautiful attic bathroom, we can confirm that these Templespa toiletries are very much stealable. The retail price of each is £4 a pop so you’d feel a bit bad, but given the lovely feel of the stuff, it’s tempting. 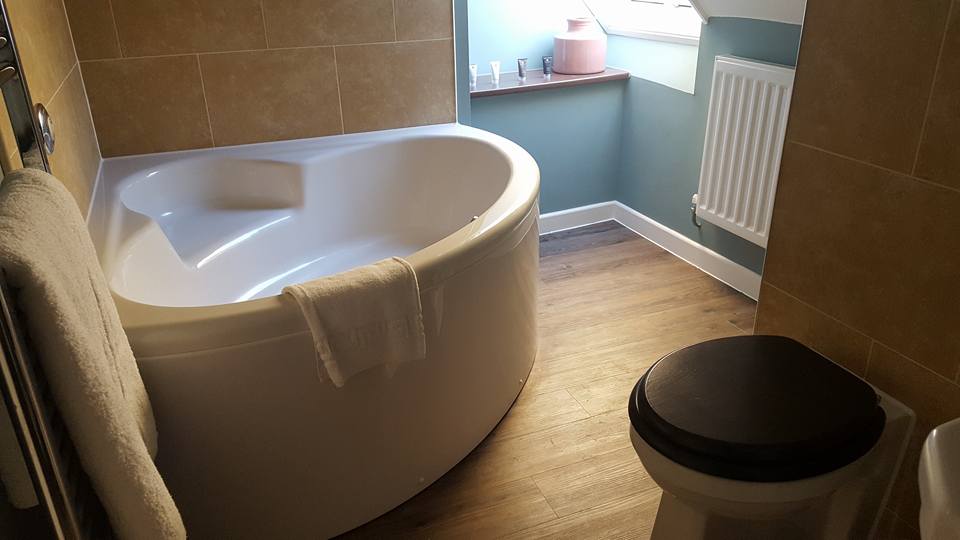 Perfect wifi, and it was free too. Netflix worked a treat, though the giant telly meant that it wasn’t needed.

Given the rustic nature of the place, it was a surprise to have my first digital shower at The Sheep. You could have a digital bath too, pressing buttons to turn the water on and off, though the temperature is controlled by analogue knobs. As you’d expect from top-of-the-range shower, it was wonderfully powerful. The cubicle was a little dark and small, but suspect it’s because we got the attic room which meant ceiling space was tight in some areas. 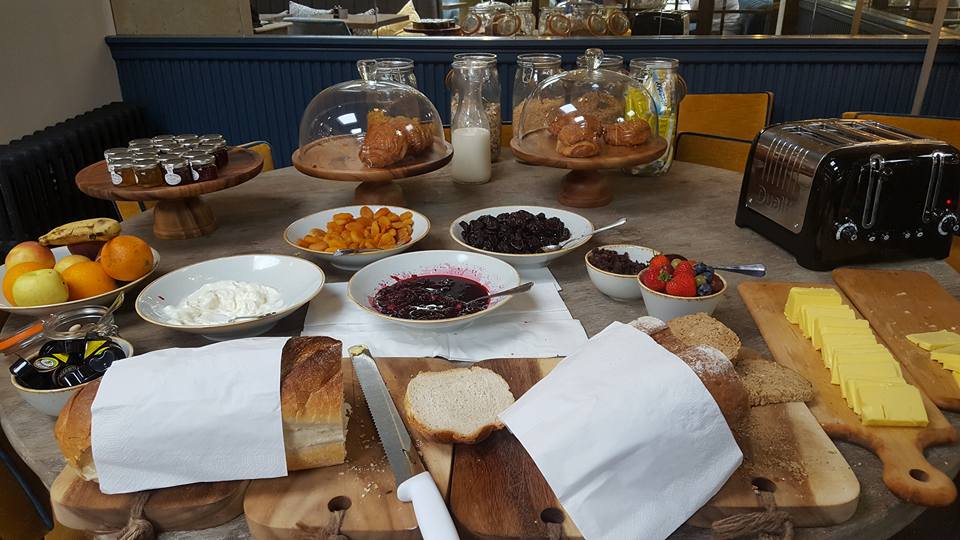 The previous night, the booked-out restaurant area was buzzing with social activity, laughs and fun. There’s a ton of options for food in Stow on the Wold, but you’ll be hard pushed to find better than its own restaurant – the veggie options were interesting and plentiful. And try the marshmallow and Nutella dessert pizza whether you have room or not.

The next morning, the same space was airy, calm and the perfect setting for its breakfast service (til 11.45am no less). A small but quality section of breads, fruits, cereals and yoghurts are self-service, with hot food made to order. In addition to the usual items (full Englishes, eggs benedicty stuff) there’s more interesting dishes like fresh fruit salad with pomegranate and mint, or – what I went for – bulgar wheat with smashed avocado and poached egg. Usually I’m not a fan of bulgar wheat but they appeared to have cooked it in a broth of deliciousness, resulting in something more like a creamy risotto than a tasteless grain. 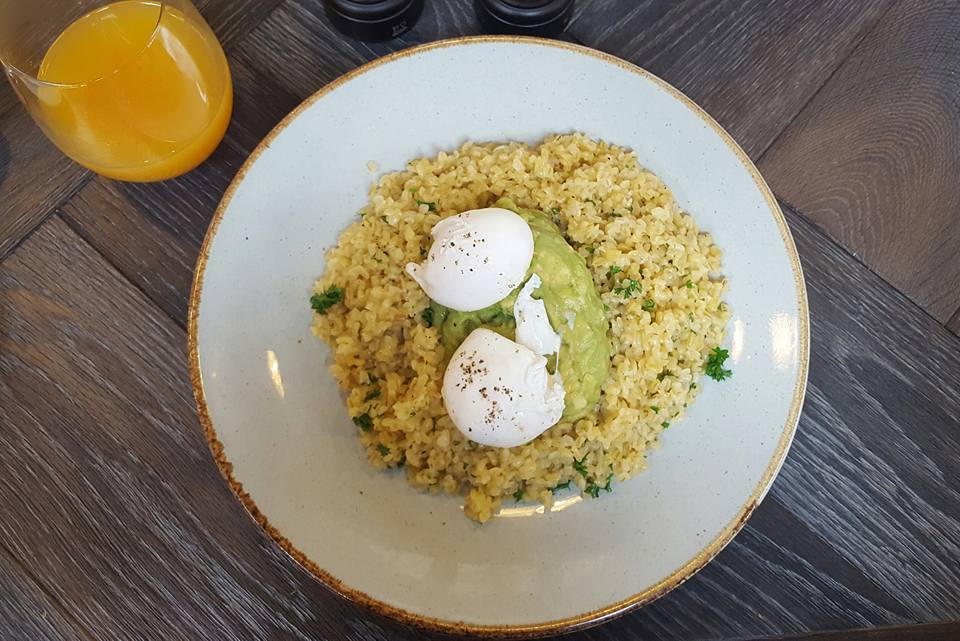 Since my visit – on its opening weekend in June – I’ve been trying to think of something critical to say about it, but I’m stumped. Service was warm but not overbearing, the bar and restaurant below were a hub of activity, and the rooms 10/10. Next time I’m looking for a village getaway from London, I know where I’ll be going.

Rooms from £90. See The Sheep’s website for more info.