Harry Potter fans now have the chance to spend a night at Hogwarts — after a luxury apartment dedicated to the much-loved films opened to visitors. Situated in the Scottish Capital — the birthplace of J.K Rowling’s Harry Potter books — the magical apartment is the brainchild of Hogwarts superfan Yue Gao. Canongate Luxury Apartment, […] 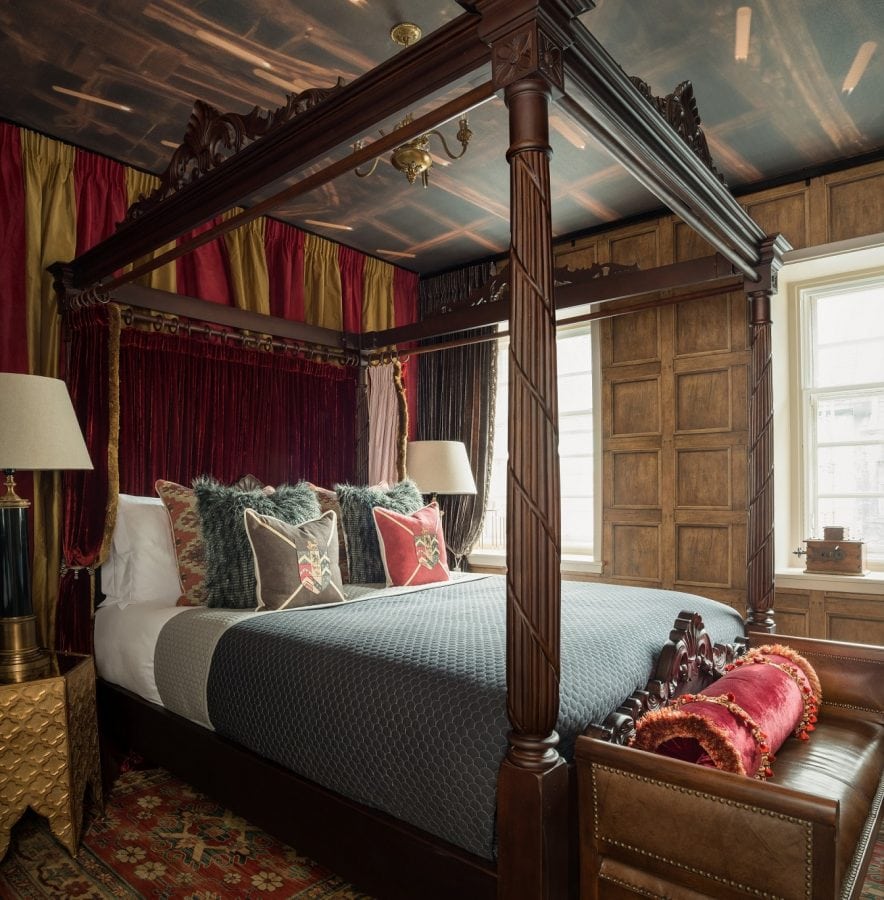 Harry Potter fans now have the chance to spend a night at Hogwarts — after a luxury apartment dedicated to the much-loved films opened to visitors.

Situated in the Scottish Capital — the birthplace of J.K Rowling’s Harry Potter books — the magical apartment is the brainchild of Hogwarts superfan Yue Gao.

The flat, which is available to rent all year round, comes with a four-poster bed and has a ceiling which makes a beautiful illusion of floating candles. 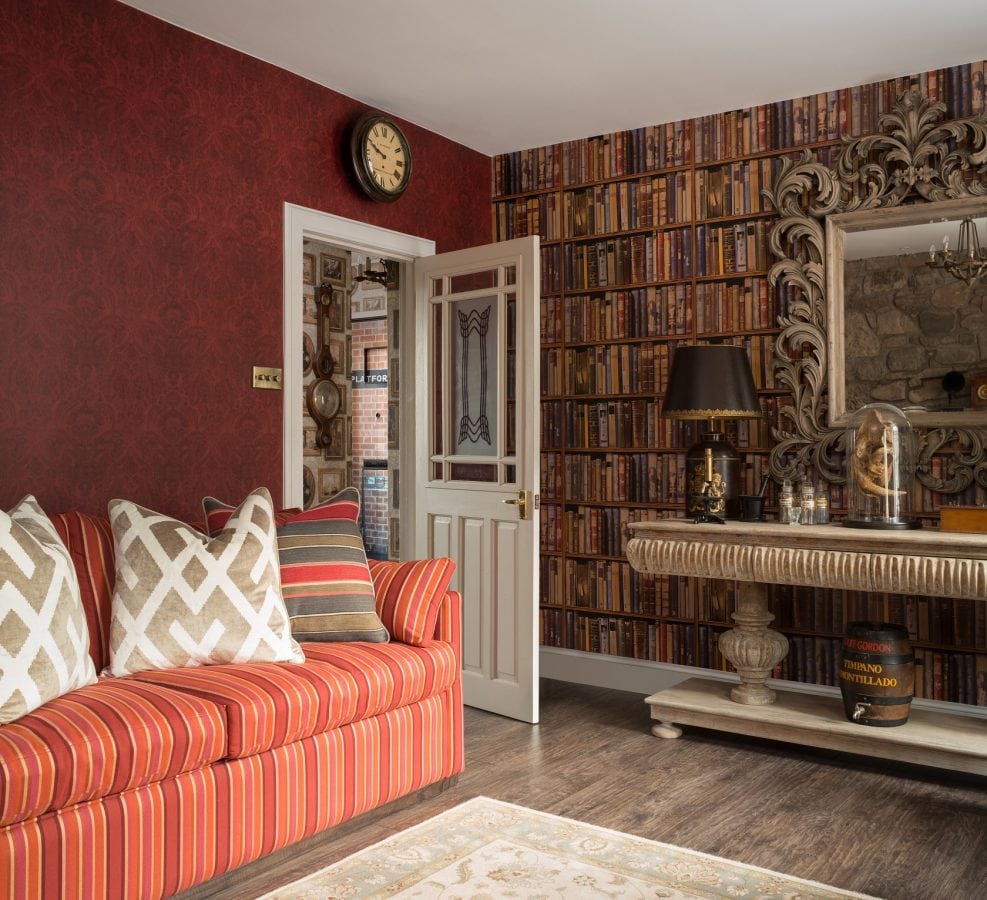 A second, smaller double room has been decked out to look like a carriage from the Hogwarts Express.

And the living area pays homage to the Gryffindor common room.

There’s also a fully functional kitchen, meaning that guests don’t have to leave their Potter haven in order to enjoy a butterbeer or two.

Despite the listed nature of the historical building, the flat comes with all magical mod cons such as digital TV’s, a PS4, an Xbox 1 and WiFi.

Each door in the flat has been painted in the Hogwarts house’s signature colour including their crest.

And the apartment even includes some special pieces which once belonged to J.K. Rowling. 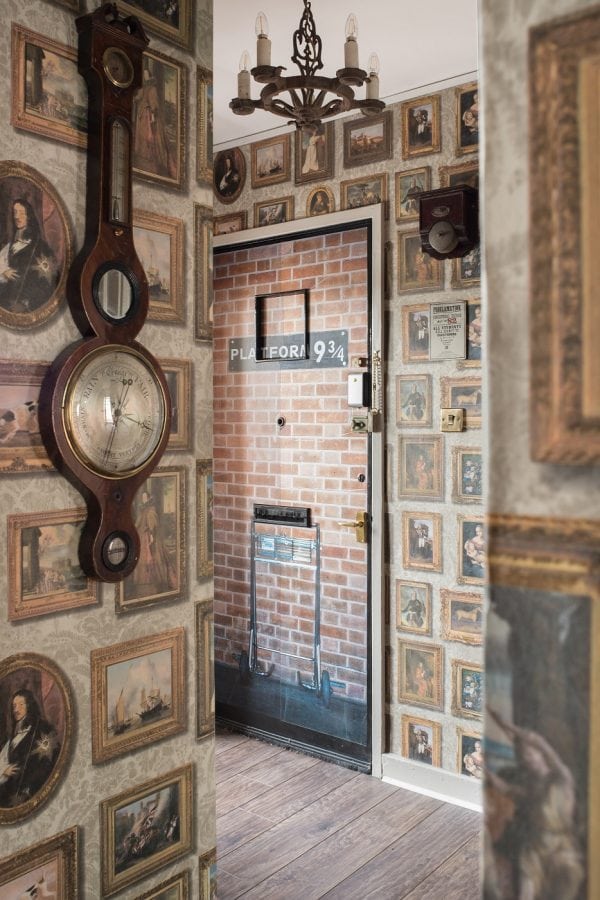 Yue said: “There is a desk which actually belonged to J.K. Rowling.

“I managed to acquire it as the furniture restorer’s son went to the same school and was in the same class as J.K. Rowling’s daughter.

“He fixed this antique desk for her, and when she moved house, she left the desk at the furniture fitter’s place. So that gave me the opportunity to have it.

“The mirror in the apartment was also once J.K. Rowling’s, she wanted to recycle her old hand railings so they cut them into a mirror frame.”

It’s fair to say Edinburgh can’t get enough of its fictional son, with a dedicated Potter trail and a hotel suite in the capital.

And now fans have yet another way to experience the magic Rowling created when visiting the city.

“I think this house holds collected memories of a whole generation of people who grew up watching Harry Potter”, said Yue.

“There is such a strong connection between Harry Potter and Edinburgh and this house is part of that.

“It opens up all those memories of seeing the films for people — it’s beautiful, extravagant and elaborate.

“It’s another destination for Harry Potter fans in Edinburgh.” 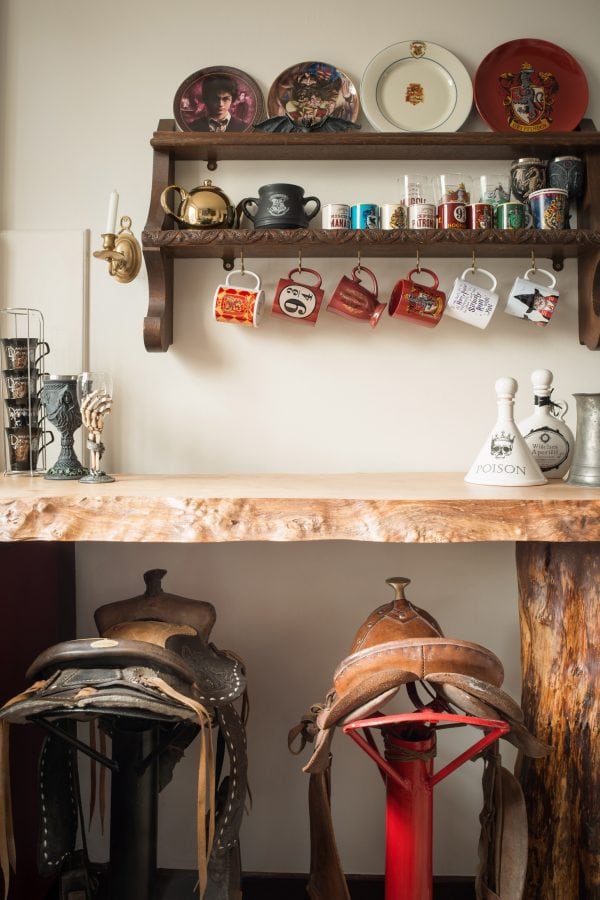 “I travel all over the world and collect pieces of history which is what I did when creating the house.

“Not things that are expensive, but fun and interesting things, that you wouldn’t be able to get anywhere else.”

It took Yue seven months to put her Harry Potter dream together. 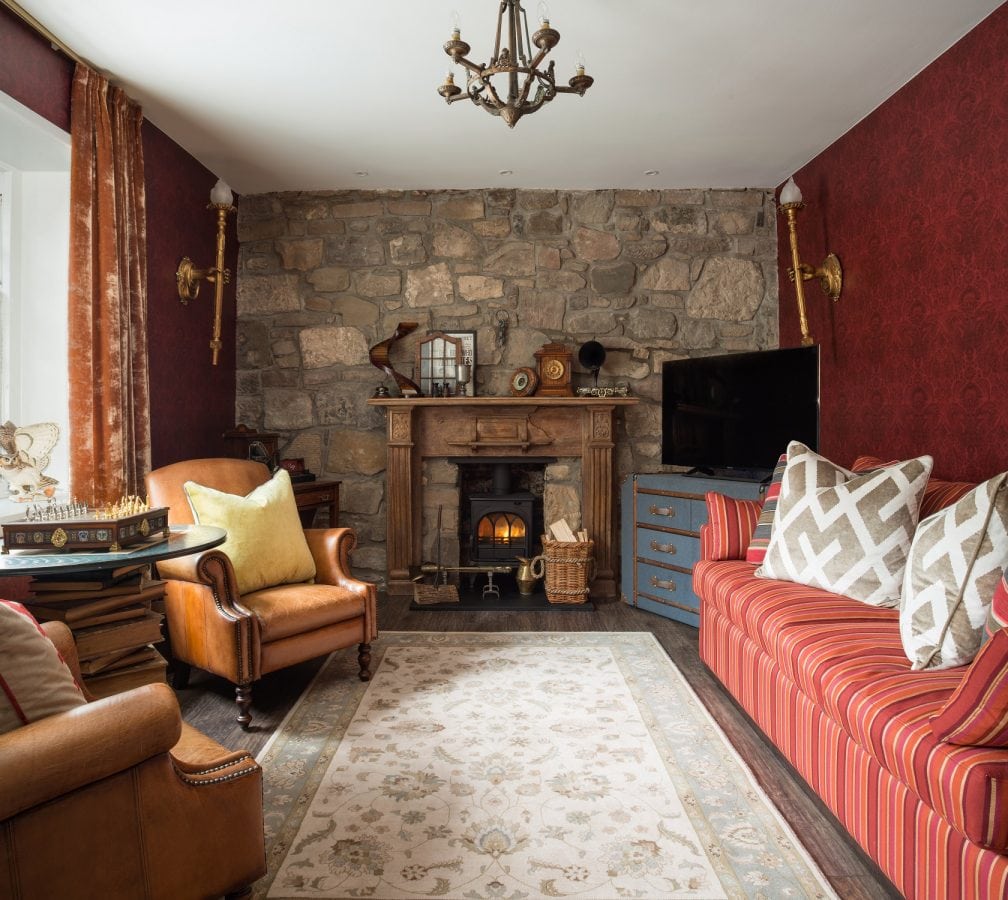 She said: “The house was in an absolute state when I bought it.

“I was astonished when I saw the state of it because it is a historic building — the stone walls are from 1700.

“I didn’t want to turn it into a cheap copy of the film, so it’s more like an homage from a huge fan rather than the copy of the movie scene.

“I put my heart into it — it’s my dream realised.”

The cost of renting the flat is around £150 per night.