Many of the 300,000 British expats ‘officially’ living in Spain are reluctantly giving up their dreams amid Brexit concerns. But they should think twice before doing so, says one of the world’s largest independent financial advisory organisations. The message comes as British Prime Minister Theresa May has two weeks to sell her Brexit deal to […]

by Joe Mellor
in Politics, Travel 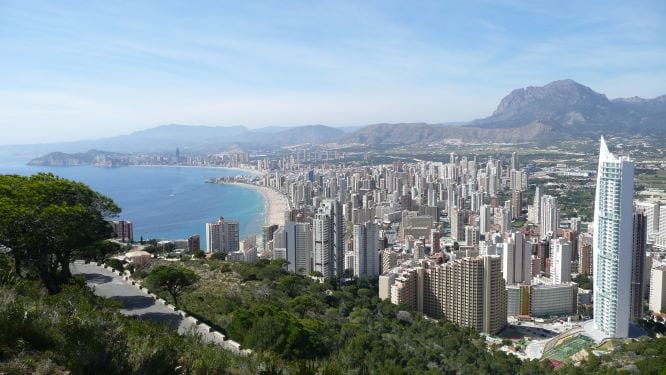 Many of the 300,000 British expats ‘officially’ living in Spain are reluctantly giving up their dreams amid Brexit concerns.

But they should think twice before doing so, says one of the world’s largest independent financial advisory organisations.

The message comes as British Prime Minister Theresa May has two weeks to sell her Brexit deal to the UK Parliament – which looks like it will be a challenge – and against a backdrop of a dwindling number of Brits living in Spain.

Although there are still more British expats in Spain than any other part of Europe, according to Spain’s National Statistics Institute (INE), in the last five years, the number of British residents in Spain has dropped by 157,107, with observers saying this is picking up pace.

These figures only represent those who have officially registered with the authorities.  Many expats do not and, as such, this figure is likely to be a lot higher.  Indeed, the BBC estimated that 760,000 Britons live in Spain.

James Green, deVere Group’s divisional manager of Western Europe, comments: “As Brexit fears, uncertainty and doubt begin to bite deeper, a growing number of British expats in Spain are reluctantly considering moving back to the UK.

“The ‘pull factors’ that attracted them to Spain in the first place – such as the more relaxed, family-orientated, more outdoors lifestyle, the weather, great schools, and work opportunities – remain in tact.

“As do the ‘push factors – such as UK’s cost of living, high taxes, low interest rates, the scrapping of some age-related benefits, quality of life, crime concerns and the weather – that encouraged them to relocate.

“This is why it’s so sad.  Brexit concerns are potentially forcing them to give up their dreams of living in Spain.”

He continues: “It’s our experience that most of those who are reluctantly considering such a drastic step are flagging up fears about further devaluations of the pound.

“Of the 300,000 UK nationals officially living in Spain, almost half are over 65.  A further drop in the pound – which has received a monumental bloody nose since the Brexit vote – would be a serious issue for those who receive UK pensions or income in pounds as the cost of living would be considerably more expensive.

“Then there’s the risk that existing payments from British companies, including pension and insurance companies, to those living within the European Economic Area (EEA) could be disrupted. Of course, this would be a major inconvenience to many UK expats.

“In addition, they are highlighting worries about healthcare and residency rights, potential increases in flight costs, and issues about loved ones being easily and cheaply able to visit.”

However, Mr Green has warned expats to think carefully before taking such a radical step.

He notes: “I would suggest that people consider all the options available to them in the first instance.”