By Sean Sheehan As second cities go, Denmark’s doesn’t jump out at you as a must see. It is less than a hundred miles from Copenhagen but only as the crow flies and the circuitous land route takes far longer. And much more enjoyable. Aarhus is located on the eastern coast of Jutland, a relatively unvisited […] 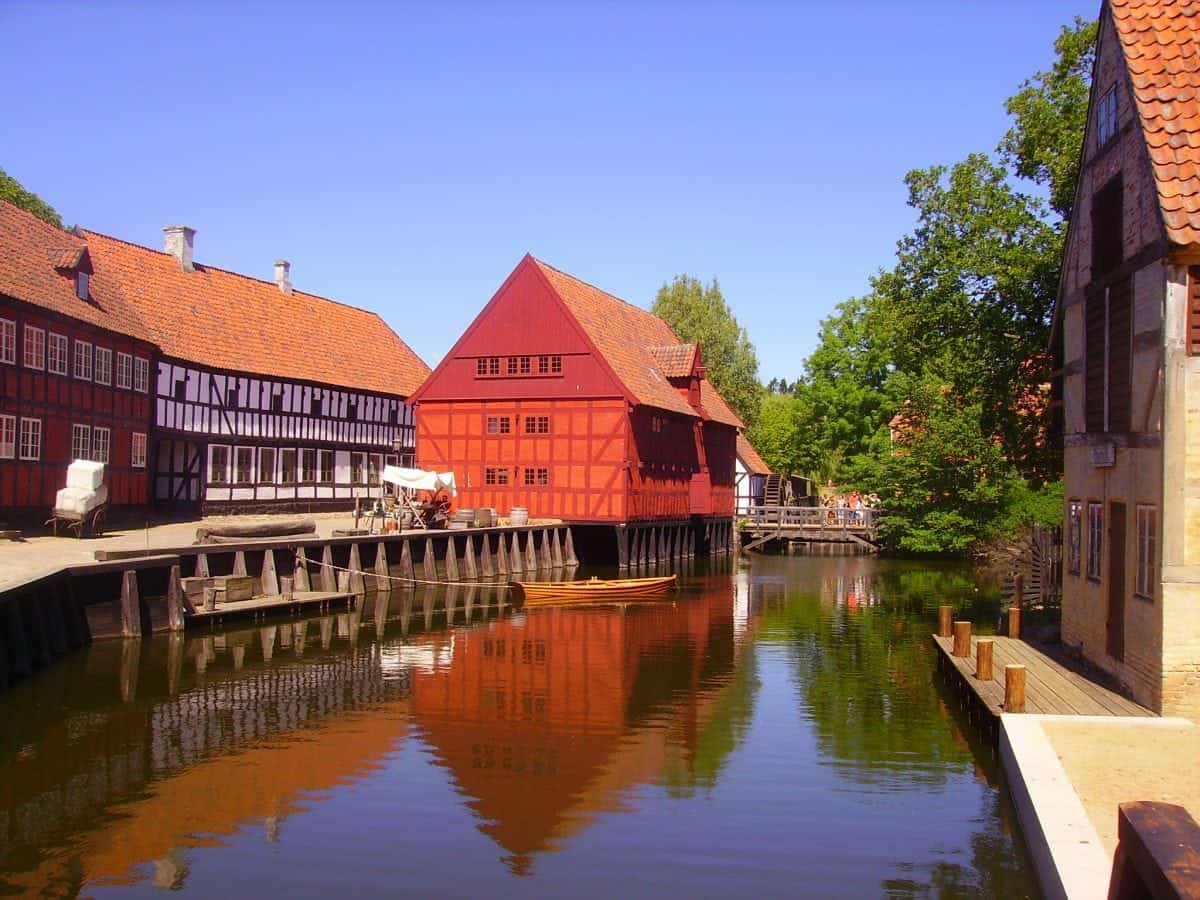 As second cities go, Denmark’s doesn’t jump out at you as a must see. It is less than a hundred miles from Copenhagen but only as the crow flies and the circuitous land route takes far longer. And much more enjoyable.

Aarhus is located on the eastern coast of Jutland, a relatively unvisited pocket of northern Europe for world travellers. But change is in the air: it will soon be the European Capital of Culture 2017 and the city’s coming out party is about to begin.

Is it worth a visit? First impressions may be inauspicious — a pedestrianised main street filled with all the usual retail suspects looks like Romford – but improve when wandering through narrow, still partly cobbled streets with interesting places to stay and some intriguing restaurants waiting to be discovered.

You can’t get lost in the tiny city centre but the airport is way out of town and a transfer with Special Service is the cool way to reach your hotel.

Hotel Guldsmeden has 27 comfortable rooms sporting four-poster beds and a commitment to sustainability that avoids the smugness that sometimes afflicts eco-proud Denmark. The reception-cum-breakfast room offers complimentary hot coffee, lots of herbal teas and tasty snacks throughout the day — so much nicer than a kettle and instant packets jammed into a corner of your hotel room – and a  covered porch overlooking  a well-tended garden brings a little bit of countryside into the city. 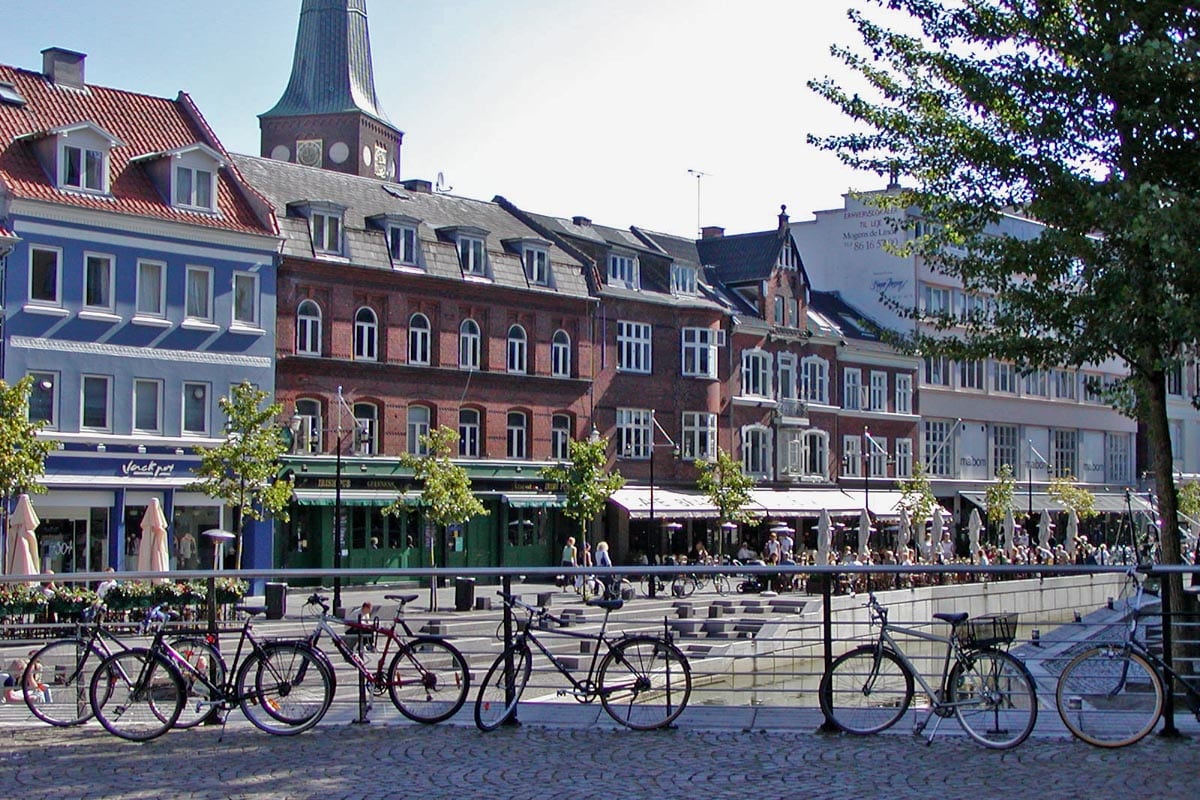 The Ferdinand Hotel faces the bank of the canal which winds its way through Aarhus. The area is quiet during daylight hours but while revelry rules at night in the bars the eateries are nondescript and the Ferdinand restaurant is the only place to enjoy quality food. Its brasserie-style setting has the benefit of a long bar and at lunchtime a chef’s plate offers five scrumptious tastes on a wooden board that you are tempted to lick clean.

Aarhus is a foodie’s destination. Karma Sushi brings a Danish aspect to Japanese dining with a super-hip interior and tables perched high up by the windows for people watching while tucking into intricately arranged and Instagram-friendly plates of sushi, sashimi, dips and sauces, each arriving on its own distinct piece of porcelain. 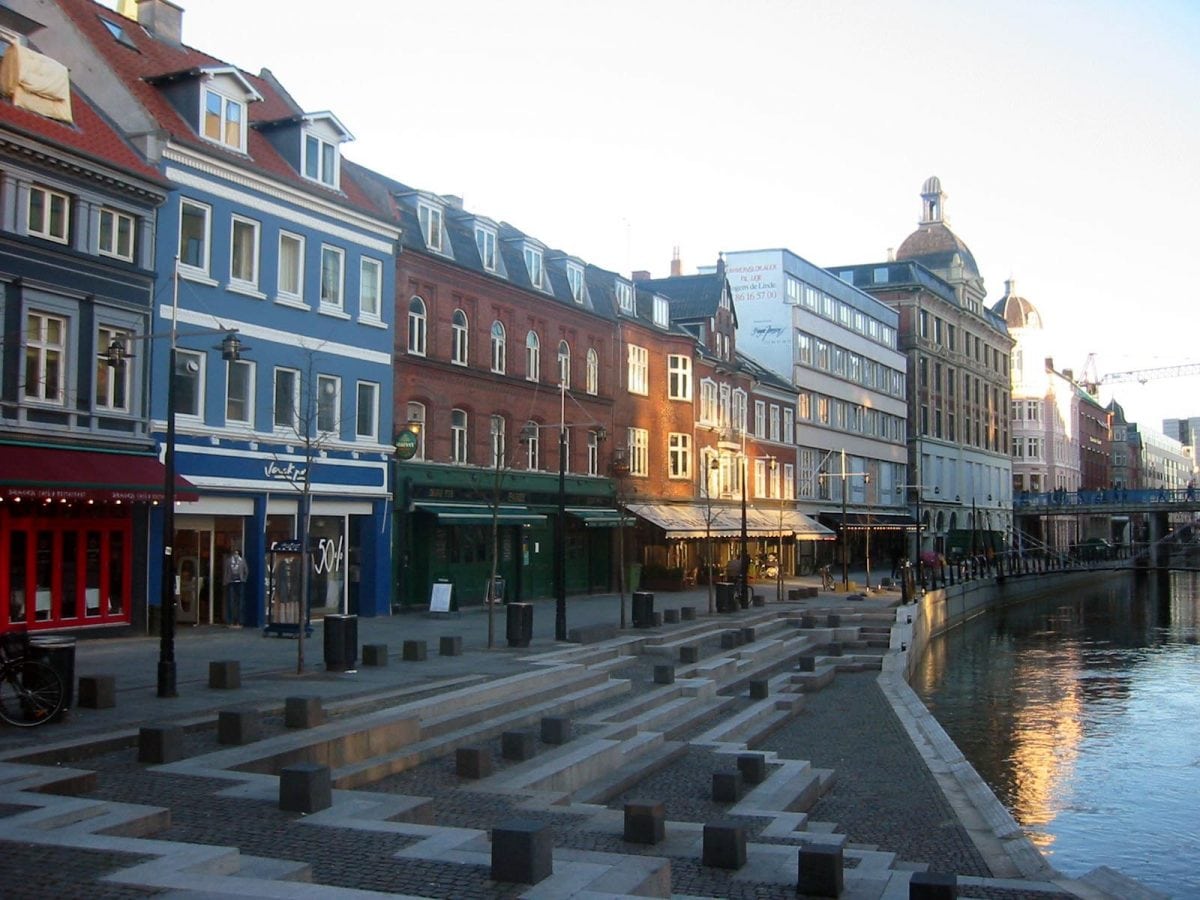 Restaurant Haervaerk, in an alleyway off a picturesque street of quaintly angled shop buildings, occupies what was originally a butcher’s. Bare white walls, ten tables and a few bar stools grace the dining room with a 1930s ceiling that constitutes an object to admire. The menu is always a surprise to diners and sometimes to the chef when ingredients arrive unexpectedly and find their way into the food at very short notice. On my visit a tiny chicken profiterole and pureed oysters in a shell of pumpkin got the meal off to a tantalizing start. It arrives with a huge leather roll, rather like the tool roll carried by someone who fixes your washing machine, which has to be opened to retrieve your cutlery. Six more dishes arrive at suitable intervals, their minutest ingredients explained in precise detail. When the meal is over, the menu appears. This is nouvelle cuisine, Danish style.

Another surprise is in store at Restaurant Domestic, though you will know in advance what you are eating. A 19th-century factory space has been converted to one large dining room with sanded floors and bare brick walls lined with storage jars filled with summer produce pickled and preserved by the chefs. Like Haervaerk, the kitchen has a dedicated coterie of small suppliers and foragers whose produce is used as it arrives or is preserved in some way. The meal starts off with eight  little snacks, all of them tiny works of art: one is served on pieces of bark while another, a  piece of tuna flavoured with pickled pine needles, arrives on a small rock. In the eight-course menu expect dulse, woodruff, rosehips, hops, sea buckthorn, rhubarb and esoteric berries added to your food. 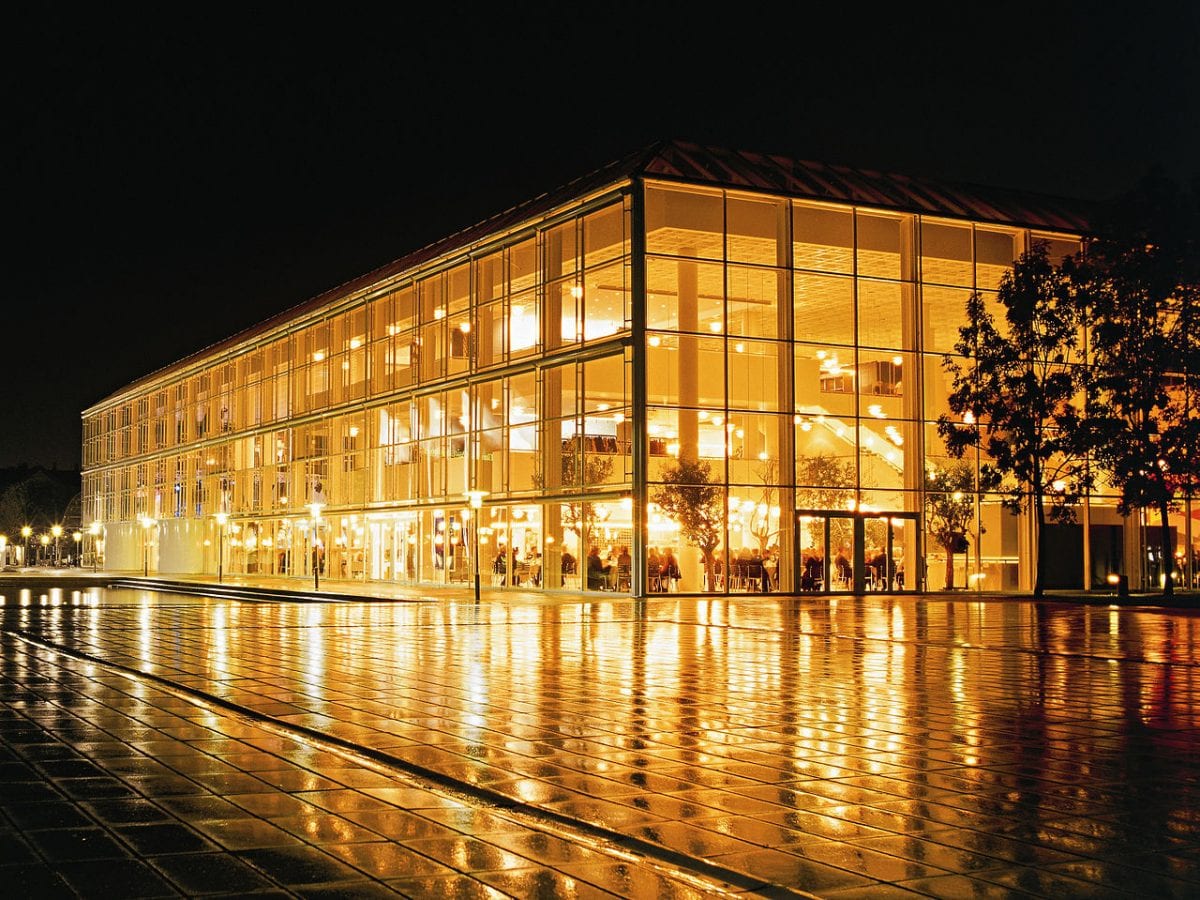 La Cabre is another special place, whose creative talent travels to south and central America and Africa in pursuit of the perfect coffee. Some of what they source is available at Prufrock in London’s Leather Lane but Aarhus is the HQ and downstairs is not only their roasting shop but also a bakery where sourdough creations are made each night, ready for the dedicated followers who tap out their Facebook updates while enjoying the crafted coffees.

An obligatory activity in Aarhus is a gallivant around the rainbow-themed circular walkway of ARoS, the city’s distinguished-looking cultural centre. It’s worth checking out what international exhibition is on during your stay as they should have some prestigious offerings for 2017. The permanent collection includes an awesome sculpture of a kneeling boy crafted out of 500kg of fibreglass; frighteningly realistic it may be but it’s not art. Far more interesting is the Raadhuus, the city hall which was designed by Arne Jacobsen before he achieved world renown as an architect of rare distinction. The interior is all light and airiness, a wonderful place of work for city employees who gaze daily on Jacobsen details like snazzy ashtrays in the lifts and a beautiful brass staircase.

For a small city, Aarhus has an abundance of museums. The best is a folk museum celebrating different epochs of time with houses, shops, cars, furniture belonging to the period of time. A museum of the Nazi Occupation tells the story of darker times for the city while not to be missed on Wednesday and Saturday mornings is Ingerslevs Boulevard, a street market filled with fresh produce, arts and crafts. In the pipeline for the European City of Culture shenanigans is a 4-km art zone on the seafront and sundry other pop-up events, making 2017 the year to visit Aarhus.