The world’s longest aircraft, dubbed the “flying bum”, took the skies yesterday for a surprise test flight. Hundreds of people gathered to watch the 20-tonne Airlander 10 perform aerial manoeuvres in a four-hour flight. The 92m-long part-airship part-aeroplane was badly damaged when it nosedived during a test flight on 24 August last year. Following extensive […] 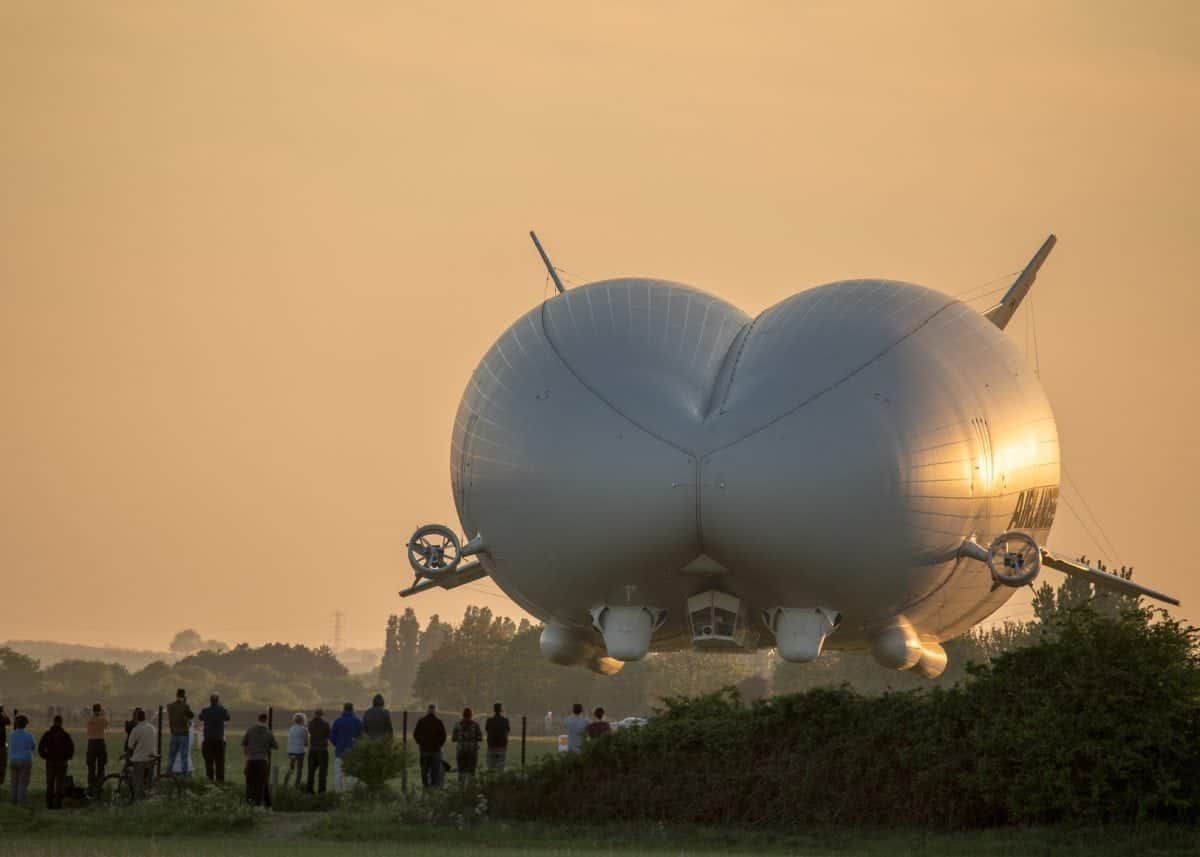 Hundreds of people gathered to watch the 20-tonne Airlander 10 perform aerial manoeuvres in a four-hour flight.

The 92m-long part-airship part-aeroplane was badly damaged when it nosedived during a test flight on 24 August last year. Following extensive repairs, it reached the highest altitude so far in its fourth test flight after taking off from hangars in Cardington, Bedfordshire, at 6.05pm on Tuesday.

A spokesman for its manufacturers Hybrid Air Vehicles said the flight had not been announced to avoid a mass of spectators gathering in the village.

The company hoped the Airlander – which can carry 10 tonnes and up to 60 passengers – will be used for luxury commercial flights over the world’s greatest sights from 2019. Hundreds of people gathered around the airfield after a local group of “blimp spotters” also used the weather conditions to predict the test flight.

Roger Skillin, 38, of St Neots, Cambridgeshire, took these incredible photos of the flight after heard its engine was on.

The amateur photographer had wanted to take behind-the-scenes shots of the film sets at the hangar for a new Justice League superhero movie and a Dumbo movie. He said: “All the cars just suddenly stopped in the middle of the road.

“I was stood along the edge of the main road looking out to the airfield – just as it was to cross the road there was screeching of brakes and the brake lights going on.

“I think it was just the sheer size of it – you can see it sitting on the ground but you don’t really appreciated it until it actually takes off.

“It was maybe 150ft up but considering the size of it it would have been massive and was covering your line of sight.

“It’s like – how can something that big be gracefully moving over you in the sky?

“There’s not really anything in nature you can compare it to.” A spokesman for the company hailed the prototype’s test a success after it reached record heights of 3,800ft on the flight.

It took off at 6.05pm, carried out a series of landing practice runs, reaching speeds of 37 knots.

The spokesman said plans were going ahead to have more built for commercial flights for between 48 to 60 people over tourists spots such as the Niagara Falls and rivers in Europe.

“Blimp Spotter” Trevor Monk, of local aircraft enthusiast group Cardington Sheds, said: “There were a few hundred around the airfield.

“It’s the longest current aircraft in the world and it’s just sitting on a airfield in Bedfordshire but apart from that it’s the technology involved – it’s a brilliant idea, it’s called a hybrid because it’s an airship which is an inflated wing.

“It can land on water or a small field that’s the beauty of it – it can do a lot of stuff.”