By Mark Mason, Chairman of Mubaloo Group Much has been written about Apple Watch. Rather than going into whether this is a good device or not, let’s first start with why anyone would need notifications on their wrist. If, like me, the majority of your day is spent in meetings or using your phone or […]

by Joe Mellor
in Gadgets, Tech and Auto 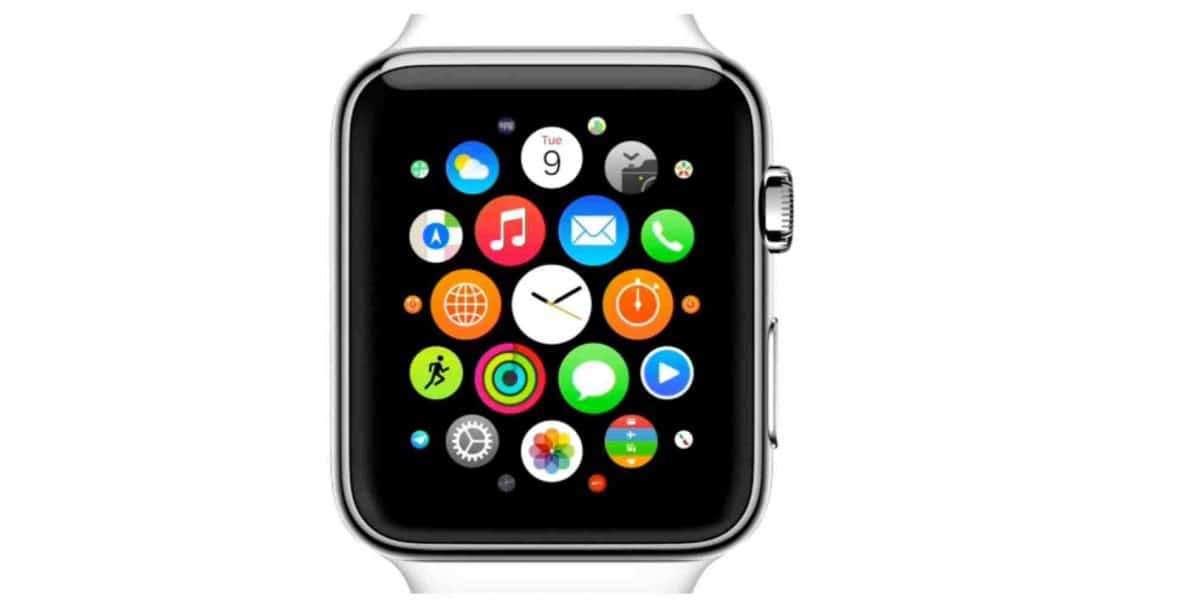 Much has been written about Apple Watch. Rather than going into whether this is a good device or not, let’s first start with why anyone would need notifications on their wrist. If, like me, the majority of your day is spent in meetings or using your phone or tablet as your primary computing device, you’ll know how important it is to manage your time efficiently. If, like me, you receive hundreds of emails per day, tens of messages on LinkedIn, alerts from apps and news information, you’ll know what an attention drainer a smartphone can be.

In many ways, I use my phone more than I use my computer, because that’s what my role as a chairman, governor, non-executive director and father to a young daughter demands. As my phone is my primary computing device, anything that helps me speed up my decision making, or decide whether a notification requires my attention is valuable.

When the iPhone first came out, it was the first time I’d ever looked at a phone and saw it as more of a computer than anything else. This meant that it was able to run software, and be easy to use for a variety of tasks. Recognising that this could fundamentally change the way in which people think about computing, especially in business, I founded a company focused on creating apps for businesses.This is part of the reason wearables interest me. Wearables are extensions of our phones.

To be useful and valuable, they need to help us use our phones more effectively. There’s no denying the impact of smartphones on our personal and professional lives. Being able to easily and quickly review a document, sign a contract with your finger, scan your expenses in, get large amounts of data about your company or communicate in virtually any way, with employees or other stakeholders, delivers businesses with millions of  pounds worth of benefits. Yet, smartphones can also be hugely distracting. This is the problem smartwatches need to solve.

Since putting Apple Watch on, I’ve found myself able to better deal with notifications and emails. Where I used to leave my phone on a table, or have my iPad in front of me all the time, my watch will tap me for alerts. Because the screen is so small, I only want the most important notifications on my wrist. To achieve this, I’ve set up my alerts to be more about the things I see as important. For anything else, I can easily look through a list on my phone or iPad.

One of the biggest advantages I’ve found with the Watch is what happens in meetings. If you’re running a bit late for your next meeting, you can easily email the person you’re due to meet with some stock messages. Sometimes meetings overrun, and whilst you don’t want to be late for your next meeting, you also don’t want to cut short your current meeting. This is also very useful whilst in traffic, as it can be done in under six seconds.

One of the other most useful features is being able to make calls from the Watch. If I’m at home, my phone is generally on charge. Though I can get calls on my iPad or MacBook, thanks to HandOff, it means being near to one of those devices. With the Watch, I can have phone calls with ease. Contrary to popular belief, I also don’t have to hold my wrist up to my face. It’s really quite impressive. This has also come in handy when walking the dog, as my phone will be in a backpack or pocket. It’s a small thing, but it’s immensely useful.

One of the main benefits of wearing any watch is being able to quickly check the time. Apple Watch lets you do that, but thanks to its customisable watch faces, you can get the information that matters to you. Whilst these customisations aren’t open to third party apps yet, simple things like your next calendar event, the weather or your activity all help you plan your day that bit easier.

Then there’s the fitness tracking capabilities. Over the weekend, I was part of a team of business leaders from Bristol who cycled from Bristol to Paris for charity. I didn’t have my phone on me, so the Watch wasn’t receiving messages and alerts, which was a good thing, but it was tracking my heartbeat and calories. Over the four days, I burnt 18,370 calories across 268 miles.

In the run up to the cycle, the watch helped to encourage me to be healthier, to stand every hour for a minute or more and to meet daily goals. Apple clearly understands human psychology, as I felt the need to fill my activity rings every day. Because they are on my Watch face, and because I get alerts about my progress throughout the day, it’s something that’s hard to escape. In time, with innovation from Apple and third party developers, the revolution of Apple Watch could be linked to the health benefits.

Virtually any professional reviewer has proclaimed Apple Watch to be the best smartwatch available. Yet, it’s not perfect.

Third party apps are slow to load, because they aren’t native to the device, but load from the phone. In addition to being slow, it’s clear that many third party apps don’t fully understand wearables yet. Some require too much interaction to get information or complete a task. Since getting Apple Watch on the 24th April, I’ve given up on loading apps many times and gotten out my iPhone instead. Both the fact that apps are slow to load and developers understanding of the use case will change in time, though it’s frustrating for now.

I lived my life perfectly well before having Apple Watch, but having it makes it that bit easier. As an accessory for my main computing device, it helps me to use that better too. It means that when I’m at work, or at home with my wife and daughter, I can glance at notifications without them taking over my life.

As a device that is already the best smartwatch around and will only get better, it’s useful to have. I know that Apple will address the issue of the way third party apps run on its device, because I understand why its restricted it so far. Not only is it ensuring it provides the greatest battery life possible (very good by the way), but it also knew that developers would need to spend time with it to truly understand it.Having spent time with Apple Watch, I can see the benefits. It helps me manage my time better. This is, at the very basic level, what a watch is after all. It’s not a device for everyone, but if you’re half as busy as me, you’ll certainly appreciate the assistant on your wrist.