The Alfa Romeo Stelvio is designed to deliver a purer driving experience and better aesthetics than most SUVs – it looks great, but does it deliver as an engaging SUV? 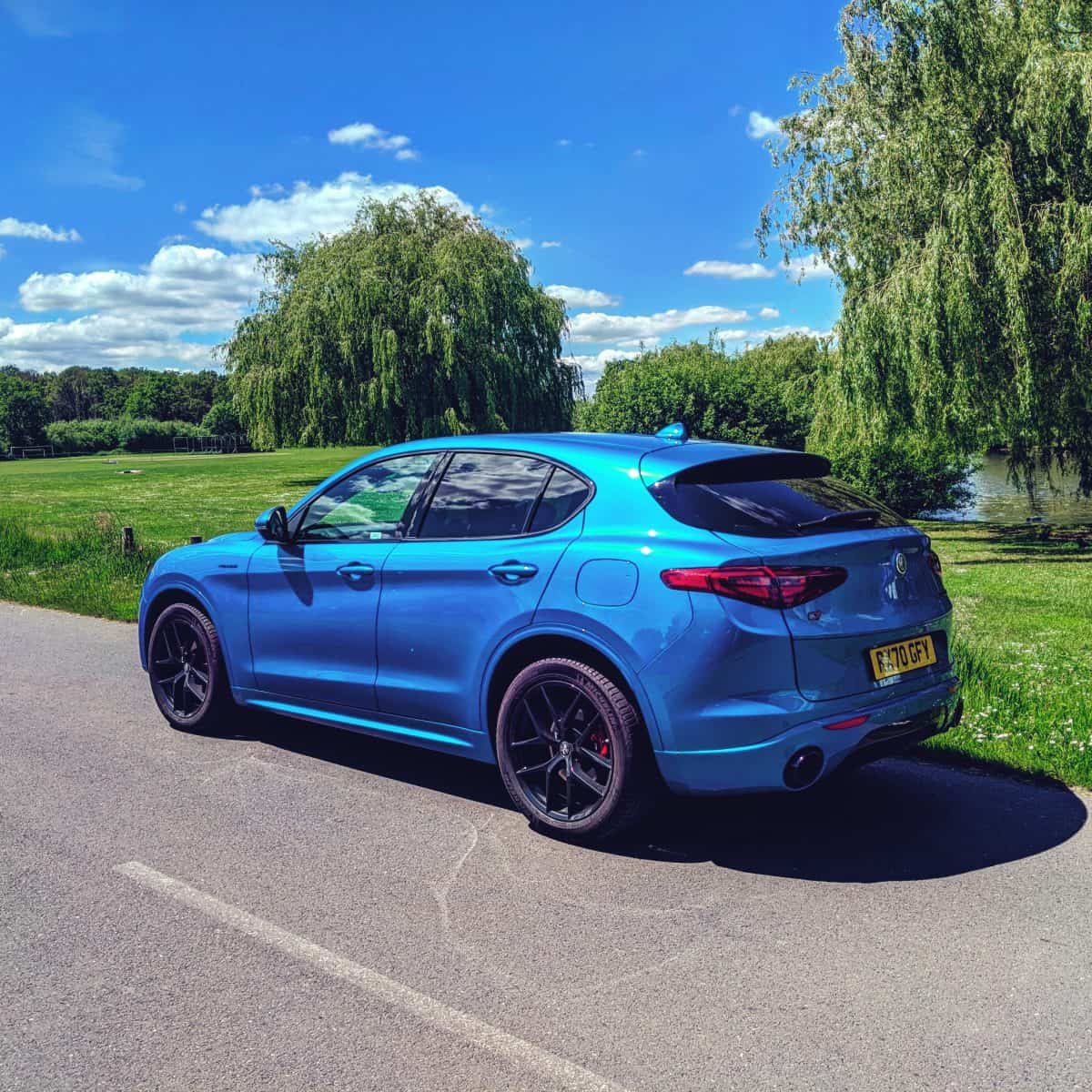 One of the biggest bugbears amongst their detractors is the way that SUVs look. They’re just hatch backs on stilts, or they’re so large as to be ugly by default, hastily assembled to be mass produced and spoon fed to an insatiable public. Such cars are a total waste of CO2 emissions at a time when we can least afford to waste CO2 emissions.

That’s why it’s always interesting when Alfa Romeo enters the market. The Italian marque isn’t historically renowned for mechanical perfection, but it creates bodywork that means that you can just never be angry with them. Alfa Romeo, for the most part, makes good looking cars. The Alfa Romeo SZ, GT Junior, 8C, GTV, even the Brera and 159 from more recent times, have all stood out in a positive way. You may never have driven one, but you’ll have appreciated seeing one on the other side of the road.

No pressure then, when it comes to entering a market segment in which it’s incredibly difficult to make attractive cars.

The Alfa Romeo Stelvio, however, is a good looking car without that needing to be clarified with “for an SUV.” Alfa Romeo has got the Stelvio spot on in the aesthetics department. I know you shouldn’t judge a book by its cover, but I melted a little bit when it turned up on my drive, glistening in the sunlight of a hot June morning in its Misano blue.

Creating something attractive is half the battle in the world of consumables. No one wants an ugly suit, watch or handbag. Get the aesthetics right and people will desire it. Even in personal relationships, a lot will be overlooked for someone you simply find attractive. The same is very much true of cars.

The Alfa Romeo Stelvio, once you get behind the wheel, also rails against the notion of being an SUV. Sure, it’s spacious, has a high ride height and runs smoothly, but the seating position is low, the steering wheel is small in your hands and the whopping great metal paddle shifters behind the steering wheel almost insist on being used.

This being an Alfa Romeo, however, there are a couple of points to pull it up on. They haven’t got the pedals spot on. You must be quite insistent with the accelerator pedal to get the Stelvio to shift. A light feather and it will not respond. Similarly, with the brakes, they require a more authoritarian touch to provoke them into action. The steering, too, is perhaps overly sharp. But who doesn’t want an Alfa Romeo with its own foibles and subtle nuances? It’s very much part of the charm.

I spent a lot of time in the Alfa Romeo Stelvio. In the week I had it I covered 670 miles. It’s first task was to get me to Birmingham. The easing of lockdown meant a day at Edgbaston watching the cricket. Normality returning? Well, England collapsed in a heap, a sure-fire sign that things are right in the world. Thankfully the Stelvio was a more competent component of the day than England’s middle order.

That was the Thursday. On the Saturday came a trip to Barry Island in Wales. I figured that people buy this sort of car to cover great distances in, so it was a perfect week in which to give it a run out. When you’ve spent hours driving somewhere, you can usually tell if you like the car or not. If you’re desperate to get out and leave it behind, that’s a bad sign. That didn’t happen with the Alfa Romeo Stelvio. It just got on with the job at hand in an unfussy way, was perfectly amenable at cruising speeds and has enough poke to get a shift on when needed. If you’re doing long journeys, the Stelvio is a fine vehicle to cover a lot of miles in.

It wasn’t until the end of the weekend that I got it out on some country roads between Guildford and Woking. It’s here that Alfa Romeo Stelvio aims to differentiate itself from the rest. When you’re hustling it, you could reasonably convince yourself that you’re driving a saloon. The low seat, the aggressive steering, the seamless gear changes through the paddles; it’s all there. It’s only when you really start to push it that it’s limits present themselves. The steering is sharp and accurate but lacking in a bit of feedback. It being an SUV after all, its bulk is impossible to hide, too. For the most part, however, it doesn’t really drive like an SUV at all. You can fling it into corners and it maintains its composure. It encourages you to drive it in manual mode when performing such tricks, since the gear changes in that setting are a lot sharper than the auto box. It’s Alfa’s way of encouraging you to enjoy yourself.

This is where being and SUV comes into its own. There’s plenty of space and functionality. Big boot, Isofix, rear leg room for all but the tallest of people and plenty of head room.

On the fuel front, consumption was okay. In the 670 miles I covered I achieved 29.4mpg. The tank isn’t the biggest, so if you were doing, say London to Leeds and back, you’d need to refill along the way.

The infotainment system is easy to use and supports your phone’s system, with plenty of charging cables of USB and USBC variety. If you hate touch screens, then good news, there’s also a wheel to scroll through the menus with, which works well. The model tests came with the Harmon Kardon option and that’s probably worth considering as the sound quality was good.

When it comes to driver aids, the driver assistance pack, which features blind spot assist among other things such as parking sensors, is worth having because there is a great big blind spot created by the styling of the Alfa Romeo Stelvio’s rear quarter. Tick that box.

You also get adaptive cruise control and all that jazz. The lane keep assist isn’t overbearing, either, and can be easily disabled. Hallelujah.

The Alfa Romeo Stelvio is, at heart, an SUV for people who don’t really want an SUV. It’s not going to drive you up the side of a mountain, or possibly even a slightly muddy trail, but who wants to take an Alfa Romeo Stelvio farming, anyway? You’d get mud all over that Misano blue paint.

It’s a purer form of driving than most SUVs provide and it stands out in a number of ways. It’s probably, maybe, the best looking SUV available. It’s certainly one of the best to drive. And it packs all of the practicality that you’re going to need to tackle the school run, a trip to the shops and a long distance staycation break because you’re still not allowed to go abroad.

So, the Alfa Romeo Stelvio straddles the increasingly blurred line between, on the one hand, the desire for a big, spacious car and, on the other, one that can put a smile on your face while driving. And did I mention that it’s quite good looking? Yeah, that really helps. There’s enough hint of historic Alfa Romeo charm in this most modern of packages to lure you in.