Today we publish an interview with Konstantin Ivanov, a foreign specialist and one of the most well-known engineers and managers in the Russian power industry. 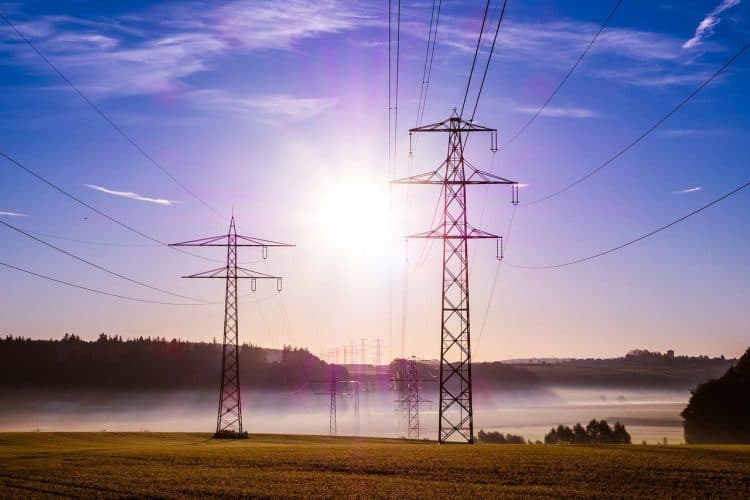 As one of the heads of the most important division of the leading electric grid company in his country, Mr. Ivanov (hereinafter, K.I.) went through all stages of professional growth in the electric power industry: he received a brilliant specialized education at Novosibirsk State Technical University, worked as a lower-level technical specialist and advanced to become an engineering manager on a national scale.

TLE: -Konstantin, what were some of the most memorable moments of your professional career?

K.I.: – Undoubtedly, this would be the work to eliminate the consequences of accidents on 110 kV overhead lines, primarily associated with the collapse of towers under the influence of wind loads due to loss of the foundation support capacity as the result of frost heave. From 2005 to 2010, there were several incidents of this kind, associated with the collapse of the overhead line towers. It was challenging and strenuous work in conditions of limited repair time, extremely swampy terrain, with hordes of mosquitoes and midges, sometimes in the snow, at the extremely low temperatures and squall winds; overall, in extremely challenging conditions. After several episodes of such emergency work, our specialists with the involvement of JSC Energosetproject Institute (Moscow) developed a patented method of strengthening tower foundations using cruciform piles. And later, a whole range of anchoring devices was developed for repair and restoration work based on the method outlined above. Subsequent observations of foundations strengthened in this way over many years showed either a complete absence or extremely insignificant displacement of pile foundations of transmission line supports. Our developments received national recognition, and now they are used by colleagues from other branches and power companies across the country.

Also, our branch of Tyumenenergo JSC Noyabrskiye Power Grids was an experimental site for the implementation of the project of unified foundation support structures based on metal piles of the open cruciform section for construction and reconstruction of 35-220 kV power distribution lines. The work was carried out jointly with the developer of this technology – JSC Energosetprojekt Institute (Moscow). Full-scale tests for all kinds of loads have been conducted on our testing grounds for the service of maintenance and repair of high voltage lines, showing that the actual load-carrying capacity of the pile with a developed lateral surface, driven into undisturbed soil, is equal to the calculated data, and that the test data fully corresponds to the expected results. Thus, the way was opened for wide application of cruciform piles in the construction and reconstruction of overhead power lines.

TLE: – Interesting experience! But maybe there is something else just as memorable, but less extreme?

K.I. – Yes, but not as an athlete. I and the Tyumenenergo team were among the participants in the preparation of the Olympic facilities for the Games, reconstructing important transit power lines that supply Sochi with power. A huge amount of work has been done throughout the 2 months, about 10 old overhead lines-110 kV, built in the 60s of the past century have been reconstructed. Their condition was dismal, but we managed the task with the proper quality and on time. We anticipated that we would return to these sites in a few months to work on an even more important challenge – uninterrupted power supply for the Olympic venues. That’s exactly what happened, and as a result of our work, there was not a single failure, nor a single accident. Three months in the mountains flew by very fast and the final part of our trip was very memorable – we were invited to the Olympic New Year in Sochi – a special gala event, where we received numerous congratulations from the country’s government and our colleagues, as well as awards for our contribution to the construction and faultless running of the Olympic Games. Such an event like the Games will be remembered forever!

TLE: – Yes, it was a world-class event. And what other tasks of national scale have you worked on in your professional career?

K.I. – Such tasks have to be solved all the time. I’d mention, in particular, the construction of the 110 kV overhead line Severny-GDN-1,2, designed to supply power to the booster compressor station at the Ety-Purovskoye natural gas field. The standard construction period was 2 years, but due to the Russian Ministry of Power Engineering’s goal to reduce the timeframe for the natural gas production growth, we were able to complete all the necessary construction activities within a very short timeframe.

TLE: – How short were these timeframes?

K.I. – The whole power line was built within five months; it was done in the conditions of swamps, permafrost in the route and other unfavorable conditions for construction. All this was done thanks to the coordinated work and professionalism of our company’s employees.

K.I. – Our region, due to the concentration of huge reserves of various minerals, especially oil and natural gas, is extremely important not only for our country, not only for many European countries, which are the largest consumers of hydrocarbons, but, I dare say, for the whole world. A stable and timely supply of oil and natural gas products contributes significantly to maintaining a reasonable, affordable and fair price for these products on the world market and, as a consequence, contributes to the development of the world economy. All this has a strong impact on the power industry as well, since a quality and failure-free power supply is of paramount importance for hydrocarbon production equipment. The slightest power surge leads to a stoppage of the technological process, and restarting it requires quite a lot of time, as the oil clusters are quite far apart from each other. Such issues would result in wasted time and lost money for the oil companies. We strive for 100% reliability, and in order to achieve this goal, a whole range of innovative industry measures is being carried out, such as installation of the newest equipment monitoring systems, installation and start-up of switchgear remote control systems at distant substations, construction of fiber-optic communication lines for information transfer, use of drones for aerial inspections of overhead power lines and substation equipment. Our near-term plans include building data centers for our company and other business owners, providing cloud storage and cloud services. After all, we have a great advantage in the form of an already existing fiber-optic communication lines network, unlimited access to cheap electricity and, most importantly, absolutely free clean cold northern air, which almost does not need to be air-conditioned. This gives us an advantage in the cost of operating the centers, because the main costs of operation are spent on cooling the computer systems with air-conditioned air. A new market for us – new ideas!

TLE: –  Thank you for the informative conversation, it was interesting to listen to a foreign expert who not only has vast engineering and organizational experience in the field of energy construction, but is also full of ideas for the future.