A medical scanner has helped unlock the secrets of a giant prehistoric marine reptile found in a farmers’ field over 60 years ago.

The nearly metre-long skull of a fossil marine ichthyosaur found in Warwickshire has been studied for the first time using cutting-edge computerised tomography (CT) scanning technology.

The study uncovered new information – including details of the rarely preserved braincase – about the almost 200 million year old fossil, which was found in 1955 at Fell Mill Farm in Shipston-on-Stour.

Now, thanks to data collected from CT scans, the research team were able to digitally reconstruct the entire skull in 3D.

It is the first time a digital reconstruction of a skull and mandible of a large marine reptile has ever been made available for research purposes and to the public.

Although thousands of ichthyosaur fossils have been unearthed in Britain, scientists say the Fell Mill Farm specimen is particularly important and unusual because it is three-dimensionally preserved and contains bones of the skull rarely exposed.

In 2014, as part of a project at Thinktank Science Museum, Birmingham, palaeontologists Dean Lomax, of Manchester University, and Nigel Larkin began to study the skull and its incomplete skeleton.

Study lead author phd student Mr Lomax, one of the world’s leading ichthyosaur experts, said: “The first time I saw this specimen I was puzzled by its excellent preservation.

“Ichthyosaurs of this Early Jurassic age are usually ‘pancaked’, meaning that they are squished so that the original structure of the skull is either not preserved or is distorted or damaged.

“So to have a skull and portions of the skeleton of an ichthyosaur of this age preserved in three dimensions, and without any surrounding rock obscuring it, is something quite special.”

The ichthyosaur was originally identified as a common species called Ichthyosaurus communis, but after studying it closer, Mr Lomax was convinced it was a rarer species.

Based on various features of the skull, he identified it as an example of an ichthyosaur called Protoichthyosaurus prostaxalis.

With a skull almost twice as long as any other specimen of Protoichthyosaurus, it is the largest specimen so far known of the species.

Co-author Mr Larkin said: “Initially, the aim of the project was to clean and conserve the skull and partially dismantle it to rebuild it more accurately, ready for redisplay at the Thinktank Museum. 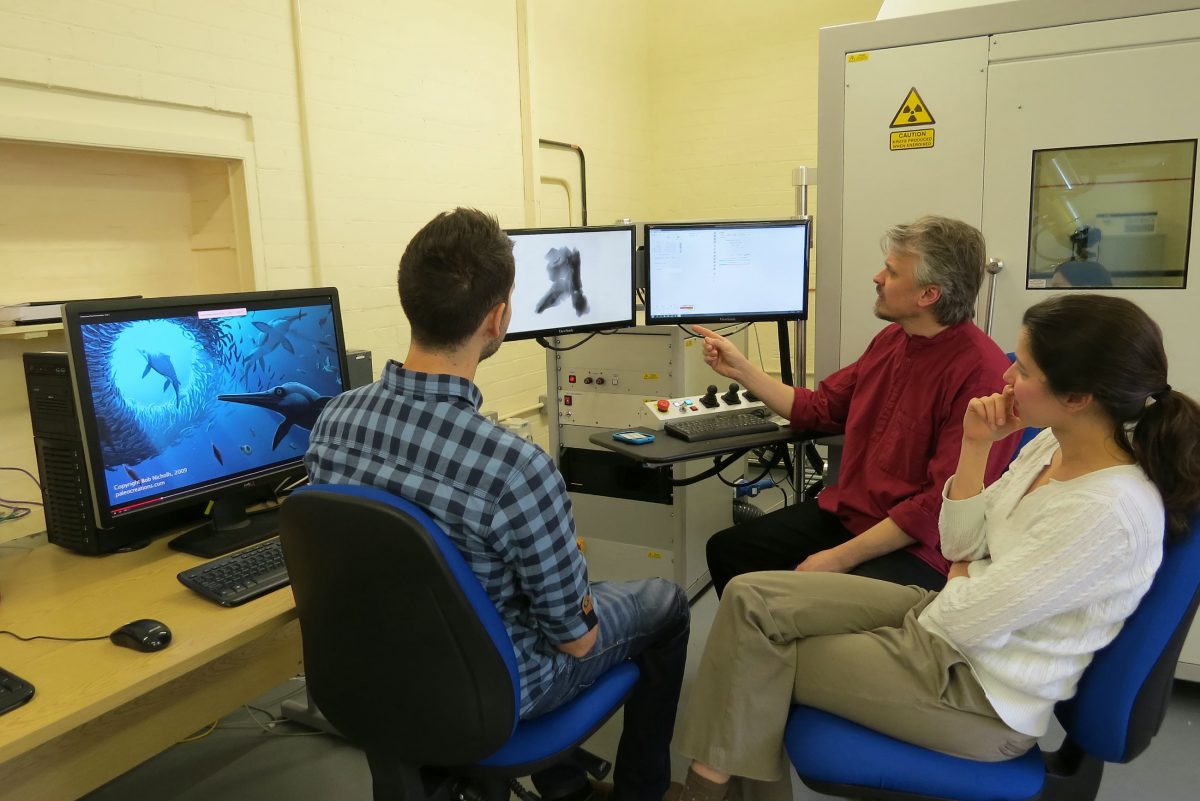 “But we soon realised that the individual bones of the skull were exceptionally well preserved in three dimensions, better than in any other ichthyosaur skull we’d seen.

“Furthermore, that they would respond well to CT scanning, enabling us to capture their shape digitally and to see their internal details. This presented an opportunity that couldn’t be missed”

He said the skull isn’t quite complete, but several bones of the braincase – which are rarely preserved in ichthyosaurs – are present.

To unlock information contained in the skull, the bones were micro-CT scanned at Cambridge University by expert palaeontologist and co-author Dr Laura Porro.

The fossil only preserved bones from the left side of the braincase; however, using CT scans these elements were digitally mirrored and 3D printed at life size to complete the braincase.

Finally, the entire skull was CT scanned at the Royal Veterinary College (RVC) using a scanner typically reserved for horses and other large animals.

Dr Porro, of University College London (UCL), added: “CT scanning allows us to look inside fossils – in this case, we could see long canals within the skull bones that originally contained blood vessels and nerves.

“Scans also revealed the curation history of the specimen since its discovery in the 1950s. 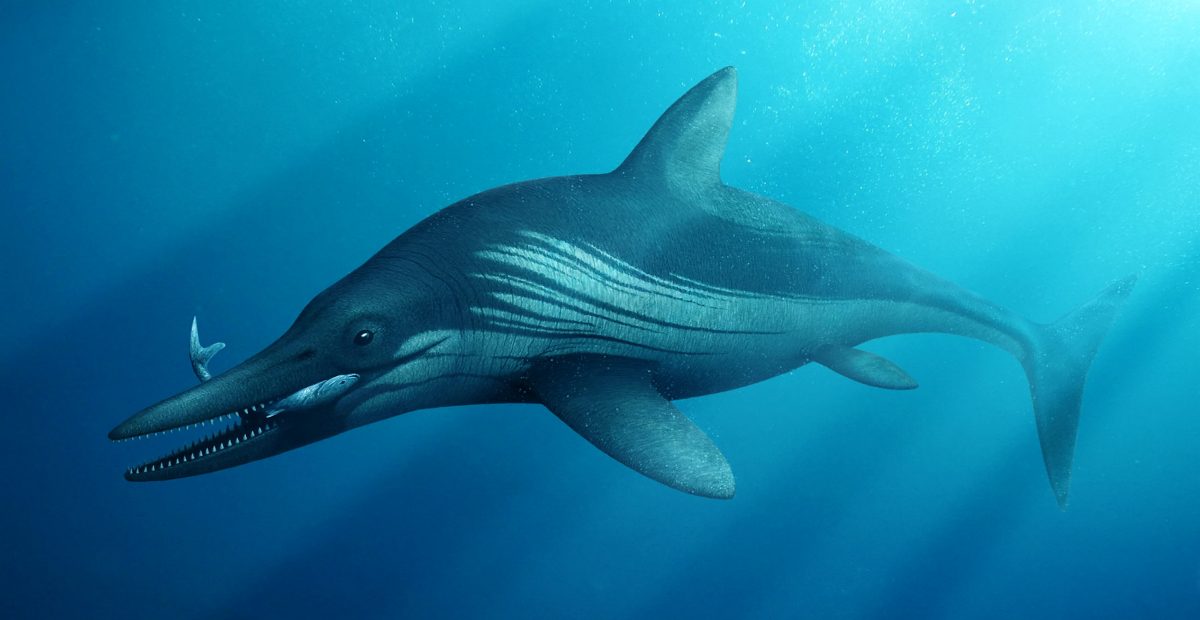 “There were several areas reconstructed in plaster and clay, and one bone was so expertly modelled that only the scans revealed part of it was a fake.

“Finally there is the potential to digitally reconstruct the skull in 3D. This is hard – and risky – to do with the original, fragile and very heavy fossil bones; plus, we can now make the 3D reconstruction freely available to other scientists and for education.”

The use of modern technologies, such as medical scanners, have revolutionised the way in which palaeontologists are able to study and describe fossils.

Dean added: “It’s taken more than half a century for this ichthyosaur to be studied and described, but it has been worth the wait.

“Not only has our study revealed exciting information about the internal anatomy of the skull of this animal, but our findings will aid other palaeontologists in exploring its evolutionary relationship with other ichthyosaurs.”