Designer boots, a high-end watch and even an aeroplane are among the goods Leicestershire cops have sold on the auction site since 2008

by Guest Contributor
in Must Reads, Tech and Auto

A police force has made more than £1.7million by flogging designer bling seized from criminals at knock-down prices on eBay.

Designer boots, a high-end watch and even an aeroplane are among the goods
Leicestershire cops have sold on the auction site since 2008.

Recent sales include a pair of jewel-studded Christian Louboutin boots, silver Canadian dollar coins worth £32,000, a Breitling watch and antiques to the value of £23,000.

Leicestershire was the first force in the UK to use the auction site to sell assets which were paid for with cash generated through criminal activity.

The Proceeds of Crime Act (POCA) allows the force’s economic crime unit to seize the goods.

Previously, the force has even sold a plane which belonged to a drug trafficker through their account on the auction site – which has a 100 percent seller rating from more than 3,000 feedback ratings.

Other items sold previously include designer handbags by Mulberry and Louis Vuitton and Vivienne Westwood and Christian Louboutin heels.

The cash generated is shared between the force, the Home Office, the Crown Prosecution Service as well as being used as compensation to victims of crimes.

Paul Wenlock from the force’s economic crime unit, said: “This site is hugely beneficial for us in generating income from property which would just lie in storage or over time be destroyed.

“Since we started using the site in 2008 more than 7,000 items of property have been
auctioned which has generated about £1.7million. 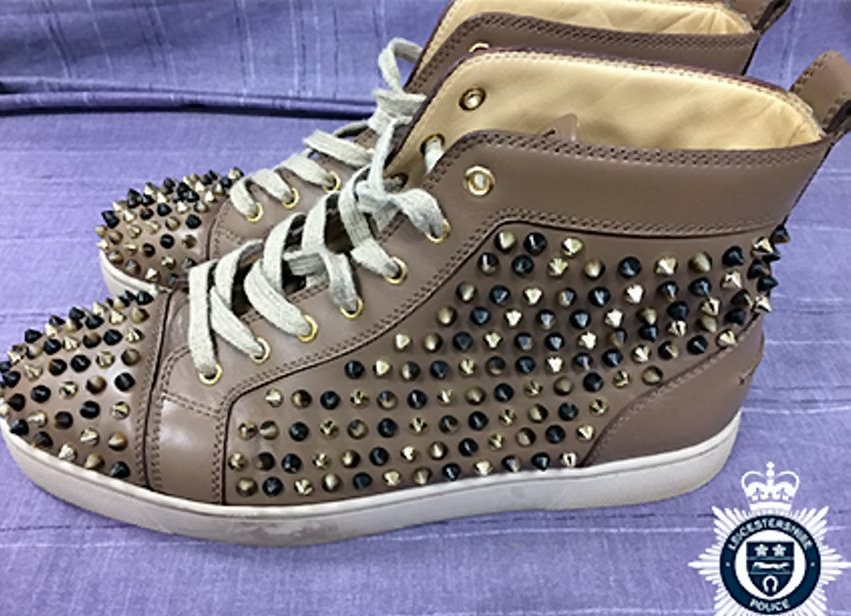 “As well as the watch and antiques, industrial sewing machines worth £17,000,
Christian Louboutin boots and silver Canadian dollar coins worth £32,000, were amongst the variety of items which were forfeited under POCA and auctioned on eBay in the last year.

“Income generated from the sales of POCA items is submitted to the Home Office who then return a percentage of the money to the force which is shared between the police, victims, courts and the criminal justice system.

“The remaining income from the sale of other items remains with the force.”

The sales include 1,230 goods in the last financial year.

Leicestershire Police isn’t the only force which flogs seized goods via auction and on eBay.

Devon and Cornwall, Thames Valley and Sussex Police all have dedicated pages on the auction site.