Russell Lord, 59, thinks the overall cost of making the bejeweled vehicle came to around £70,000 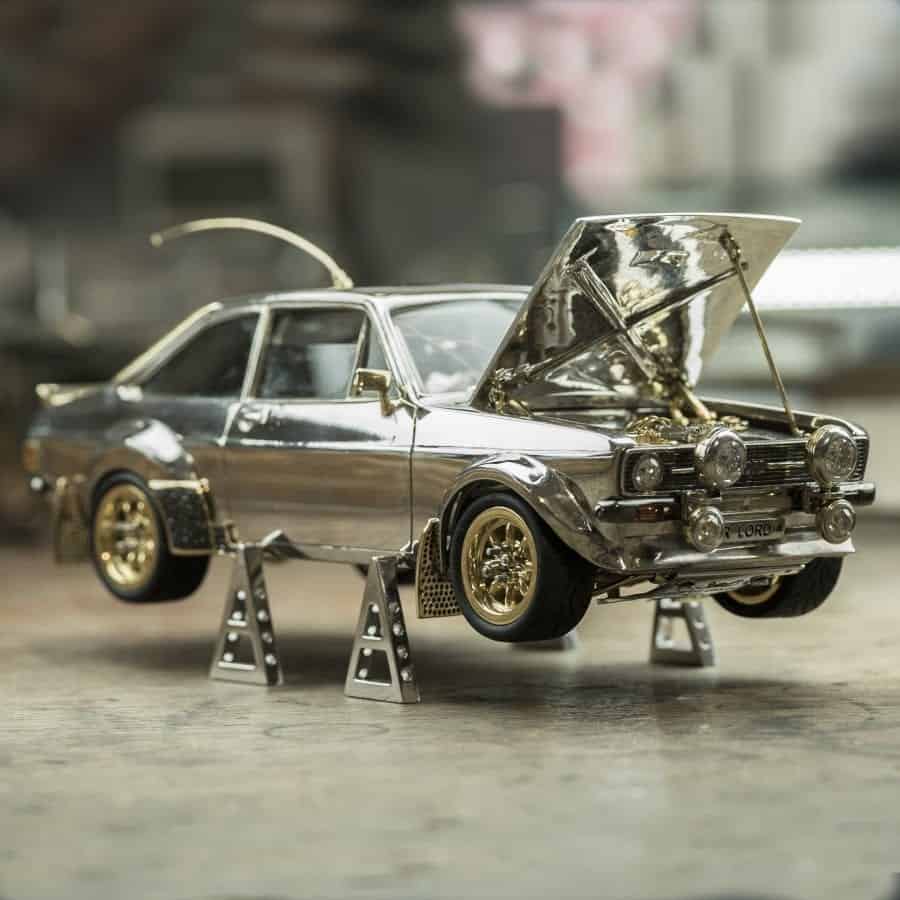 A jeweller has taken 25 years to build an incredible scale model of a Ford Escort from precious metals and stones.

Russell Lord, 59, first decided to make the intricate 6.5in motor due to his passion for rally racing.

The miniature 1976 MK2 Ford Escort is made of silver, various types of gold and precious stones, and includes working steering and suspension, and reclining seats.

The headlights are made of diamonds, the indicators from sapphires and the brake lights from rubies. 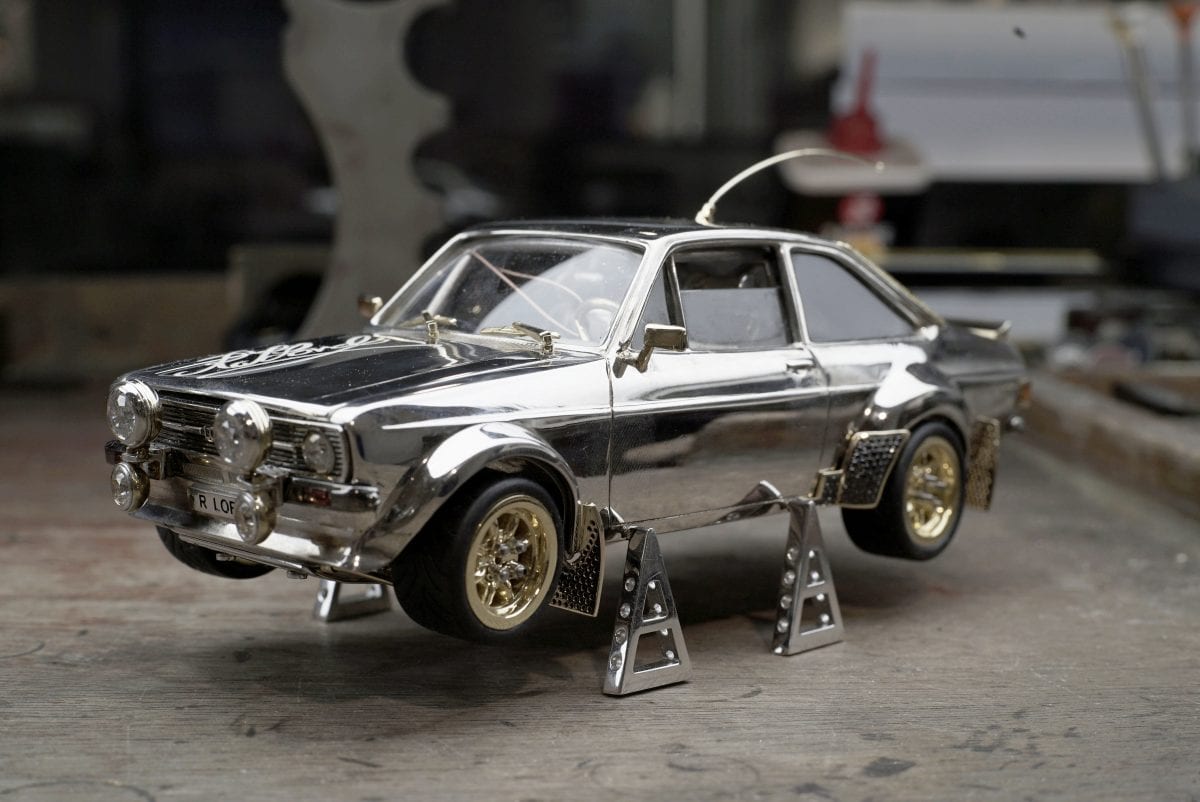 Married father-of-four Russell thinks the overall cost of making the bejeweled vehicle came to around £70,000.

The professional jeweller, who has been in the trade since 1974, believes he has spent around 1,500 hours on his labour of love – the equivalent of almost 190 average working days.

And now, he plans to sell the car to raise money at a charity auction next year.

Russell, who owns a jewellery shop in Shenfield, Essex said: “I’ve been a rally driver in my spare time for most of my life.

“I just liked the idea of making an Escort.”

For a time, the project was shelved as he became too busy with work and family. 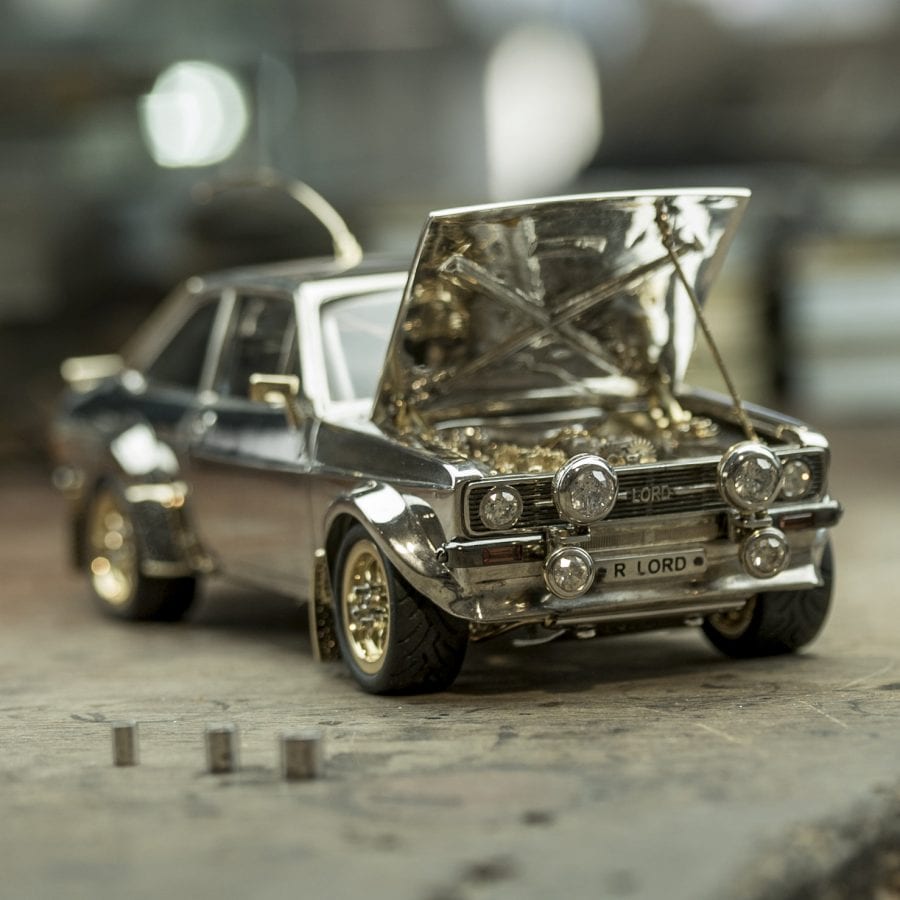 But he was inspired to pick up his tiny tools once more after his son found the unfinished treasure in the back of a safe.

“He set me the challenge if you like, and I’ve been working on it every single day since.”

By an amazing stroke of luck, he moved his valuables out of the Hatton Garden safety deposit boxes in London just one day before the infamous heist.

He said: “We emptied out our boxes the night before the robbery.

“It was just pure coincidence.”

The petrol head has owned 55 real Escorts in his life so far, and said he was so familiar with them that he constructed the model mostly from memory. 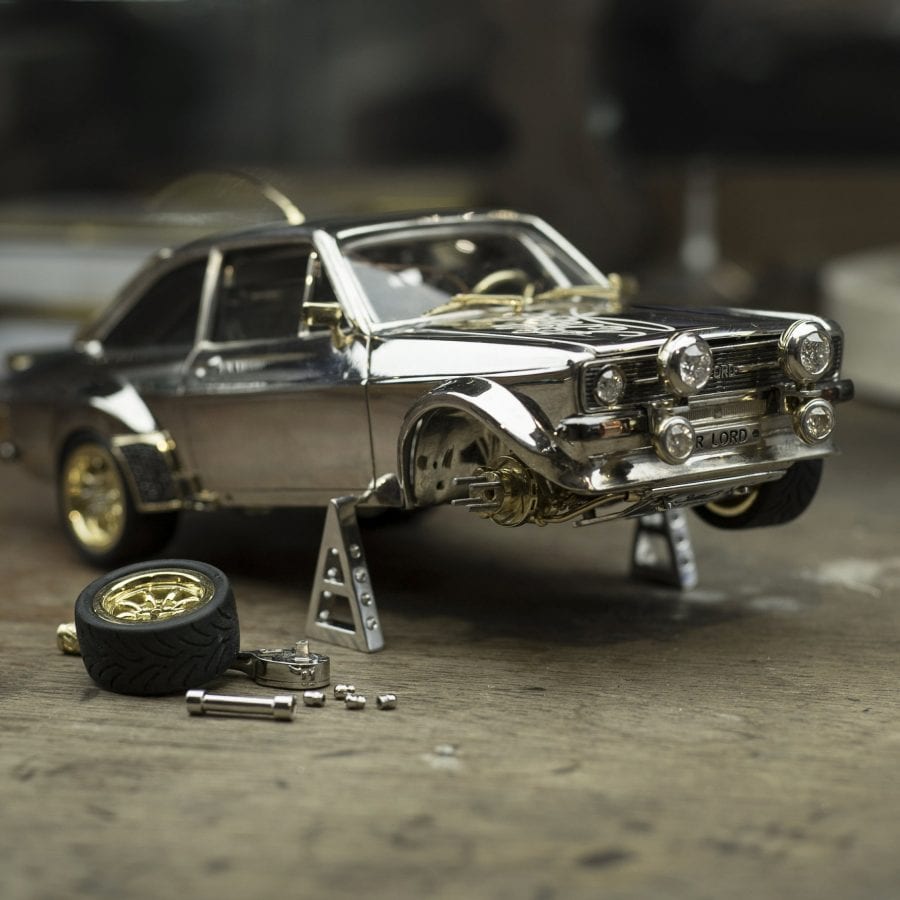 He said: “It’s the best car ever made. It’s an average Joe’s car that you can have a lot of fun with on rally days.

“If I’m in my area with my Escort and I see a McLaren, they better get out of the way.

“If you know how to drive them, they’re one of the best cars in the world.”

Russell has since started a Facebook page where he posts videos of himself making various parts of the model.

The model will go on display at the Lancaster Insurance Classic Motor Show at the Birmingham NEC for three days from November 9.

Proceeds from the auction – planned to take place next July at the Goodwood Festival of Speed – will go to the children’s charities SNAP (Special Needs and Parents) and The Maddi Foundation.