Welcomes to a new series on TLE Film. Here, each week, our film writers will have free rein to spotlight a few of the films they’ve seen recently in capsule reviews. The films could be from this week, they could be from the silent era. Hopefully our week in movies can provide a varied selection […] 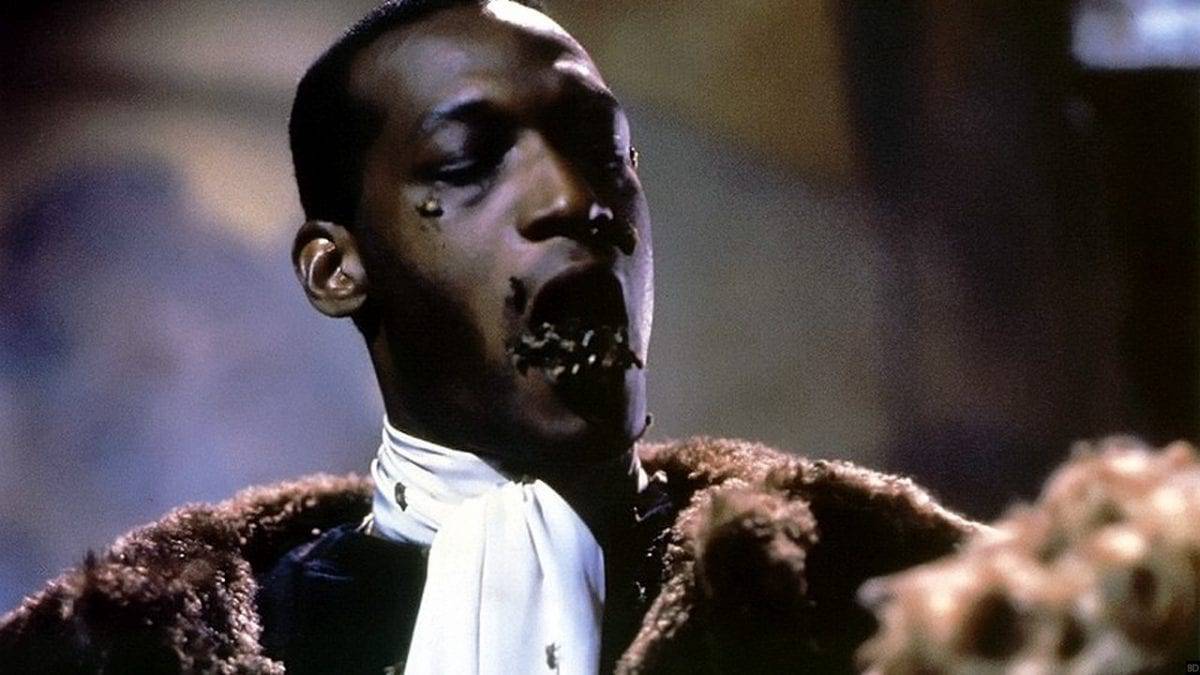 Welcomes to a new series on TLE Film. Here, each week, our film writers will have free rein to spotlight a few of the films they’ve seen recently in capsule reviews. The films could be from this week, they could be from the silent era. Hopefully our week in movies can provide a varied selection of ideas for your future weeks in movies.

Candyman [1992]
Candyman is about many things and gory killings are mostly the vehicle for them rather than the end. Working from Clive Barker’s short story The Forbidden, British director Bernard Rose engages with ideas of storytelling, the power of myth, gentrification and racial inequality and the ways that all these things interact in the myth of Candyman – the son of a slave viciously murdered for daring to fall for a white woman, brought to life much like Freddy Kruger, as a myth that can manifest.

It is 43 minutes before Candyman (Tony Todd) appears and violent sequences are few and far between. In this time, Rose masterfully builds atmosphere. He gives us a sense of place and a myth that has truly embedded itself in the community of Cabrini Green. His screenplay and Virginia Madsen’s central performance as Helen – a post-grad working on a thesis about urban legends – also carefully walk the line between making us believe in Candyman (Todd’s incredible presence helps here too) and idea that Helen is losing her mind. Madsen is great, always finding a realistic pitch for her performance.

From the beginning, Rose’s imagery is stunning. We never needed the full recreation of Candyman’s origin we see in the sequel because the graffiti we see here is so evocative. As Candyman, with just ten minutes screen time, Tony Todd does indeed create something iconic. The most striking images remain those of Candyman holding Helen, both of them covered in bees, all of which are real. This sequence, which would surely be done with CGI today, is nightmarish precisely because we can see that it’s real, and this makes us feel the way that myth and reality have bled together.

Candyman can stake a solid claim to being the best American horror film of the 90’s. Gorgeously stylish, well acted, thoughtful and still politically relevant, it’s so much more than just one more film about a supernatural slasher.
Grade: 5/5 – A modern horror classic.

Fahrenheit 11/9 [2018]
I used to be a big Michael Moore fan, but I’ve not seen one of his films since Sicko, which presented a picture of the NHS so utopian that, despite owing my life to its existence, I simply didn’t it. That made me think of Moore less as I had viewed him before – as a man speaking truth to power – and more as a naked propagandist whose points I tended to agree with. With Fahrenheit 11/9, Moore continues to preach to the choir.

Moore is angry about the way the US has been moving, not just since the 2016 election, but before it, under Barack Obama, a president who was much more conservative than the picture he painted when campaigning. The sections of Fahrenheit 11/9 that are about Donald Trump; his persona, his campaign, his election his presidency, are fine enough in their focused rage, but they present nothing that anyone who has followed the news for the past three years or so doesn’t know (nor, for the most part, much footage they won’t have seen). This is also true of the part of the film about the Stoneman Douglas shooting and the subsequent March For Our Lives movement.

The only parts of Moore’s film that present anything new to any but the most casual observer of politics are the sections about the Flint water crisis and the West Virginia teachers strike. These stories – one of tragedy, the other of triumph – could each support their own film and make for fascinating elements here, but ironically and like much else that gets folded into the news cycle with Trump, they are likely to be lost in the shuffle.
Grade: 3/5 – Fitfully powerful, but it won’t change anyone’s opinions.

Patriots Day [2016]
When I heard about a film about the Boston Marathon bombing being made to be released just three years after the attack, I was concerned. It seemed there were two ways this could go: crass and or gooey and sentimental. In fact, director and co-writer Peter Berg – not usually on the list of Hollywood’s more subtle filmmakers – avoided both of these potential potholes and produced a film that engages with emotion as much as it does with action.

An all star cast is assembled for what unfolds as a series of threads that draw together and apart throughout the several days between the bombing and the capture of Dzokhar Tsarnaev (an uncanny Alex Wolff). What is captured particularly well throughout is the combination of order and chaos both on the ground after the bombing and in the investigation in which several voices are struggling to be heard, each with their own approach to the same goal. At the centre is Mark Wahlberg’s Tommy Saunders. While the rest of the main characters are based on real people, Tommy is an amalgamation. This is a risk, but it’s one that Berg and Wahlberg pull off, not only because this is one of Wahlberg’s best performances, clearly informed by his roots, but also because having a single figure to follow – while not turning the film into the story of how Tommy single handedly killed and captured the Tsarnaev brothers – makes sense to pull the narrative together for the audience.

For his part, Peter Berg treats the material with utmost seriousness. He uses real footage judiciously, without it feeling exploitative, and while he shows the devastation of the bombing and the horrific injuries it caused, he never dwells pornographically on gore. The film’s tone is encapsulated well in the images of a cop standing guard over a child’s shrouded body until it can be moved. The inclusion of incidental moments allows Berg, without ballooning the film’s running time, to humanise characters whose role in events only comes into focus later, so we have a sense of them as fully rounded people. Overall this is a respectful film, but one that doesn’t allow that respect to become saccharine, as Berg delivers both tension and action as well as heart.
Grade: 4/5 – Sensitive and respectful, but also a gripping tale of real-life heroism.

Perfect Blue
Given that it was one of the earliest films to engage with the internet and the new kind of fandom it enabled, you might expect Satoshi Kon’s debut to look pretty creaky after 21 years but, aside from the anachronism of the scenes of a 21-year-old having the existence of a web page explained to her, it has not merely aged well, it has grown in relevance, in ways that now look downright clairvoyant.

The story sees Mima, a member of a ‘Pop ’ band, quitting to become an actress. Her new career begins with a small part in a TV crime thriller. It’s a distinct image change and it appears that at least one of her fans is unhappy, as people around her keep being attacked and killed. As the attacks become more numerous, Mima can no longer tell what is reality, what is her show and what she may be completely imagining. The themes are more relevant than ever: digital identity, fans’ feelings of ownership of stars, the duality of celebrity, there are even scenes here that echo much of what the Me Too movement has been talking about, with characters depicted pressuring Mima into doing a rape scene and a nude photoshoot.

Kon’s original intention was to make this a live action film, but budgetary concerns forced him to use animation (which may explain why the backgrounds are much more static here than in his later films). In the medium is the perfect fit for the because it allows the shifting realities to take on an even more surreal feel for the audience. Kon still shows himself as a master of his craft. Memorable images abound, from an obsessed fan holding his hand just so, so that Mima appears to be dancing in his palm, to the thematically and visually stunning use of reflections. The reflections, among many other things here, were co-opted whole cloth by Darren Aronofsky for Black Swan, which shares so much with this film that it’s essentially a pseudo-remake. Kon makes his influences plain too; the whole idea feels like something Hitchcock might have been interested in the internet age, while the reality fracturing editing of the third act is straight out of the Lynch playbook.

Satoshi Kon passed away tragically early, leaving just four films behind him, but Perfect Blue set a high bar for his work and continues to introduce new fans to his near perfect filmography 21 years on.
Grade: 5/5 – An anime masterpiece, and gateway drug, that continues to grow more relevant and interesting as it ages.