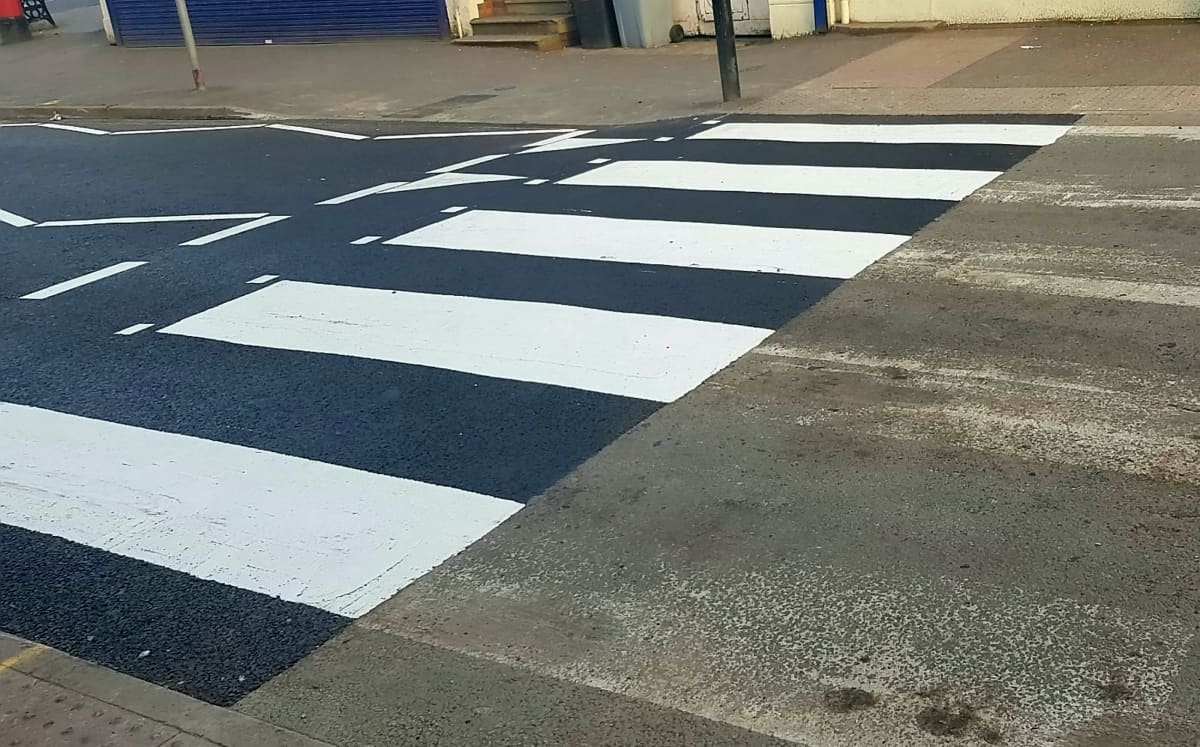 Workmen who dug up a road to repair a burst water main have been slammed for leaving a zebra crossing half-painted.

Severn Trent workers dug up the carriageway – which included half a zebra crossing – and when they finished they resurfaced the effected area.

Bizarrely, council chiefs said the company was only required to paint markings on the newly surfaced road “by national legislation”.

As a result, just half the crossing in Cold Overton Road, Oakham, was repainted with the black and white stripes.

Nathan Ticehurst, 43, lives nearby and saw the half-finished road markings while taking his five-year-old twin boys to school.

He said: “I laughed at it at first because I’d assumed the workmen had run out of paint.

“But when I found out they only did half because that’s all that was legally required, it left me bemused. Why not just finish the job?

“Everyone was having a chuckle. It’s not important in the grand scheme of things but it seems like red tape or lack of common sense got in the way.”

Severn Trent was mercilessly mocked on social media for the half-painted job.

Writing on Facebook Victoria Neale said: “The epitome of ‘that’s not my job’.”

Helen Crouch posted: “Sums up the pathetic mad world we live in.”

John Kinsella added: “I feel like laying flowers by the side of this road to mark where common sense officially died.”

Rutland County Council have repainted the rest of the zebra crossing after a string of complaints.

A spokesperson said: “As part of the reinstatement of the road, Severn Trent replaced the road markings that were affected following these repairs, which included part of the zebra crossing.

“This is all that Severn Trent are required to do by national legislation.”

Severn Trent said: “In agreement with the local authority, we restored all of the road markings that were affected by the burst.”