Luke Rowe, 18, who had trials for Wolverhampton Wanderers and Coventry City, was arrested for dangerous driving 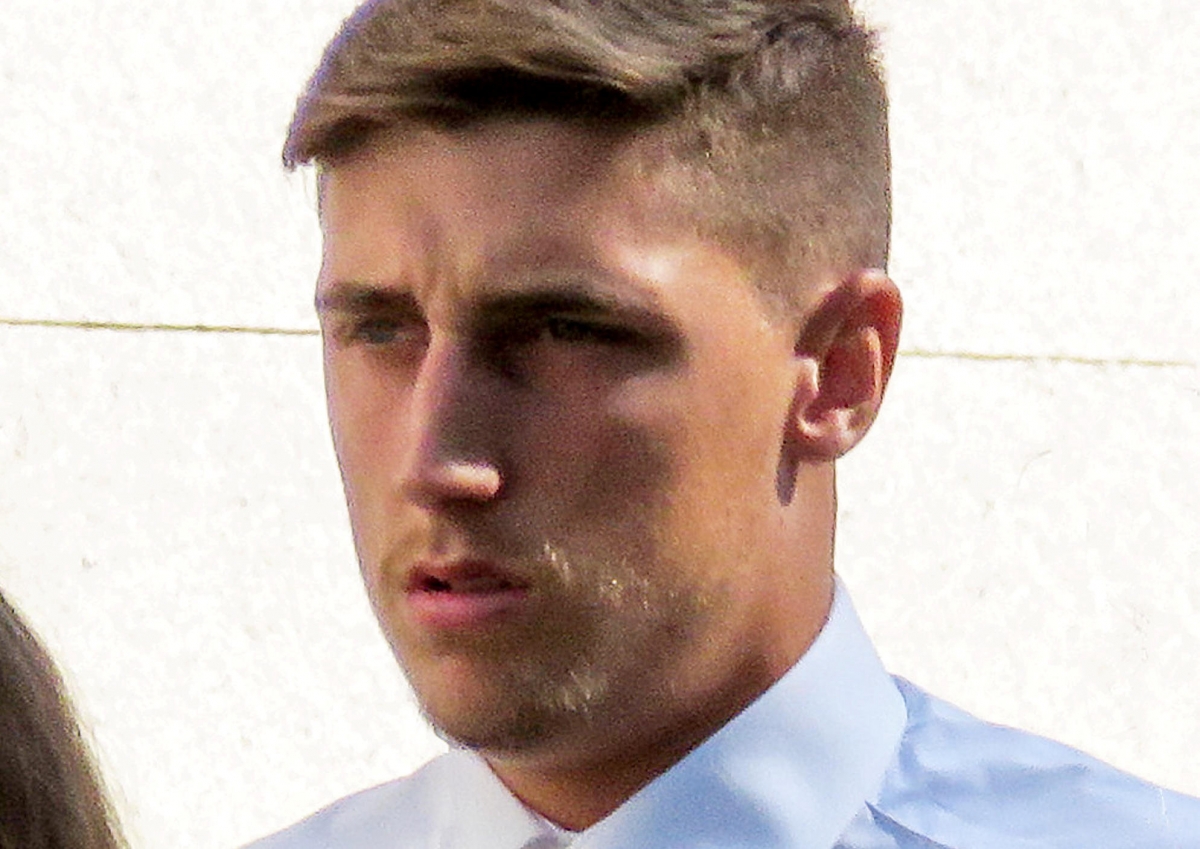 A promising teenage Premier League footballer who led police on a “crazy” 130mph chase in his Audi has been spared jail – because he was HOMESICK.

Luke Rowe, 18, who has been on the books of Wolverhampton Wanderers, was spotted driving erratically by cops as he drove home from a match.

Police chased him along three motorways until he was finally stopped when officers deployed a stinger device which burst his tyres.

The talented midfielder then fled on foot and threatened to hurl himself off a bridge onto the M5 before being talked down by police and was arrested.

Rowe, who also played for Coventry City FC, admitted dangerous driving when he appeared at Warwick Crown Court on Thursday (4/7).

He was handed an eight-month sentence, suspended for 18 months, ordered to do 120 hours unpaid work and pay £425 court costs.

He was also banned from driving for two years.

Judge Peter Cooke told him: “I suspect you are an intelligent young man, and that I don’t have to spell out how very dangerous and irresponsible your behaviour was.

“Any driving of a car on the motorway and undertaking other vehicles is bad, but when you’re doing not far off twice the legal speed limit and having half your mind not on the traffic in front, but on the pursuing police cars, it’s a crazy thing to do.

“It creates obvious dangers to other road-users and the police officers, and if you engage in a very protracted pursuit at those speeds and then decamp from the vehicle while it’s still moving, it crosses the custody threshold.

“But you were 17, and you were struggling to cope with your first experience away from home, and I do accept the strong personal mitigation.”

The court heard Rowe, of Bartley Green, Birmingham, was driving home from a game in Ipswich when police spotted his white Audi speeding at 9.20pm on November 10 last year.

Rowe’s car with a personalised number plate was spotted on the M40 near Warwick, where it began heading north along the A46 towards Coventry at excessive speed.

Prosecutor James Dunstan said: “An officer followed in an unmarked vehicle as the Audi came off at the Stoneleigh junction before re-joining the dual carriageway heading back towards the M40 at in excess of 120mph.

“On the northbound carriageway of the M40 the traffic was fortunately light as Rowe’s speed increased to more than 130mph as he sped past other vehicles, dangerously using the hard shoulder on occasions to do so.

“A marked police pursuit vehicle put on its blue lights and siren to try to get Rowe to stop, but he continued to drive in the same way along the M42 before joining the M5.

“As he headed north, the Audi’s tyres were deflated by a stinger device which was put down ahead of it near junction 4.”

Rowe slowed down and steered into Frankley Services and onto a grass verge where he jumped out of the Audi.

Rowe then ran to the bridge over the motorway where he was threatening to jump but, after an officer had talked to him, changed his mind and ran off before being arrested.

Spencer Stephens, defending, said: “He was 17 at the time and on £110 a week, but that contract has finished and he’s looking for a new one.

“He’s still suffering with anxiety, but is as well as he has been for some time since this incident and for some time before.”
ENDS