Helen Crouch, 41, wept in disbelief after yobs punctured all four tyres of her VW Touareg she has been using to deliver essentials to people in Leicestershire 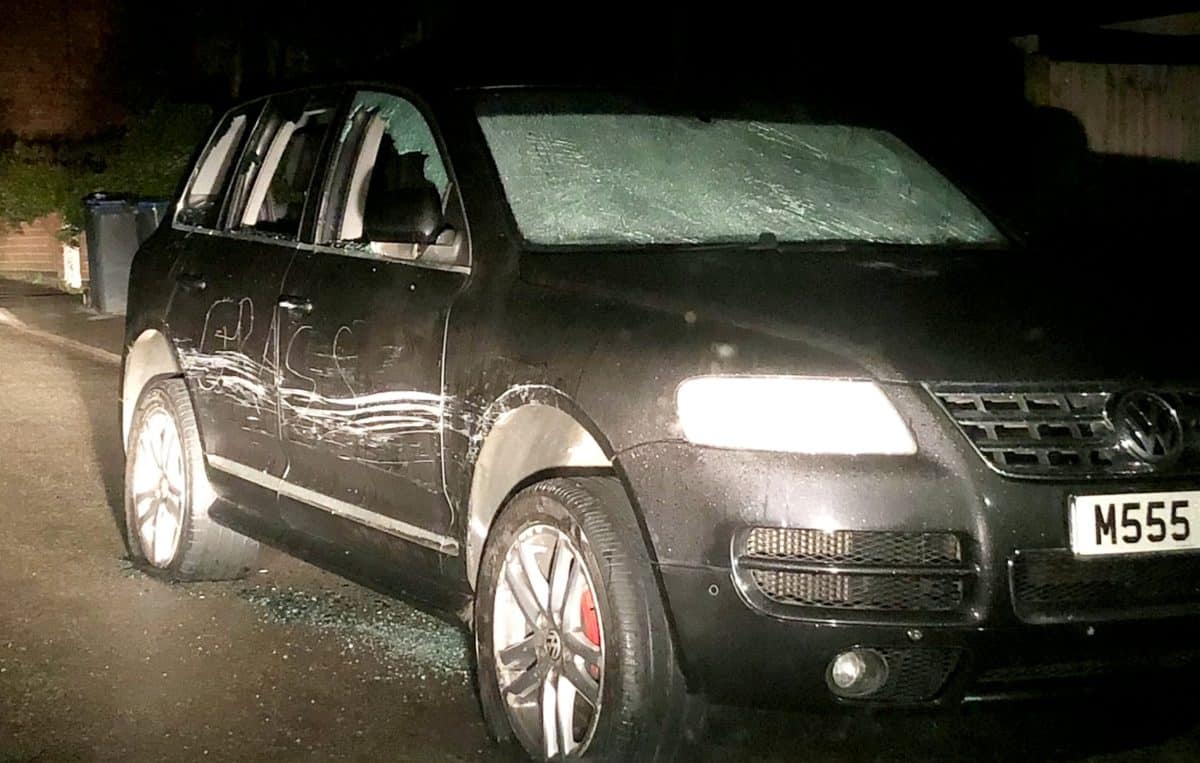 This is the heartbreaking moment a coronavirus hero who delivers food and medicines to elderly villagers burst into tears after vandals wrecked her car.

Helen Crouch, 41, has spent the last fortnight helping pensioners living in rural areas around Leicestershire after volunteering as a community responder.

But after taking a shepherd’s pie to an elderly person on Sunday (29/3) she discovered a lowlife had punctured all of the tyres on her VW Touareg.

While filming the damaged car to explain to people what had happened, the single-mum broke down in tears.

She said: “Do you know what, for the past two weeks I’ve done solid response work for two villages and somebody has stabbed every single one of my tyres.

“The car is now broken down and it was needed. I hope you’re bloody proud of yourselves!”

Helen’s car was attacked after she parked it outside a pensioner’s home on Main Street in Thornton, Leics.

She added: “There were leaflets advertising the response team in my back windows and everyone has seen me out and about in Thornton, Bagworth and Stanton under Bardon.

“No other car was damaged. I think someone has deliberately targeted my car to try to stop me doing what I am doing.

“It is sick beyond belief. All four tyres have holes in. It looks like someone has used a big screwdriver to inflict the damage.”

Since volunteering her services, Helen has helped more than 100 vulnerable people receive food and medicines during the coronavirus lockdown.

Despite a Just Giving page raising more than £1,000 to replace her tyres, vandals returned to smash the windows and scratched the doors.

Helen, a self-employed interior decorator, said: “I don’t know who did it but it could be someone who thought I was breaking the restrictions by driving in my car.

“Whoever did this should be utterly ashamed of themselves.

“I was doing what I could for people who can’t get to the shops or chemists but I can’t do it without my car.”

A force spokesperson said: “We have had a report of damage to a vehicle parked in Main Street, Thornton.

“This is believed to have happened between about 7pm on March 28 and 9am the next day.

“We would ask anyone who knows anything about the incident to call us.”