The white Citroen van hit the Stonea Railway Bridge in Cambs, earlier this morning (October 15) and was Britain's most bashed bridge last year. 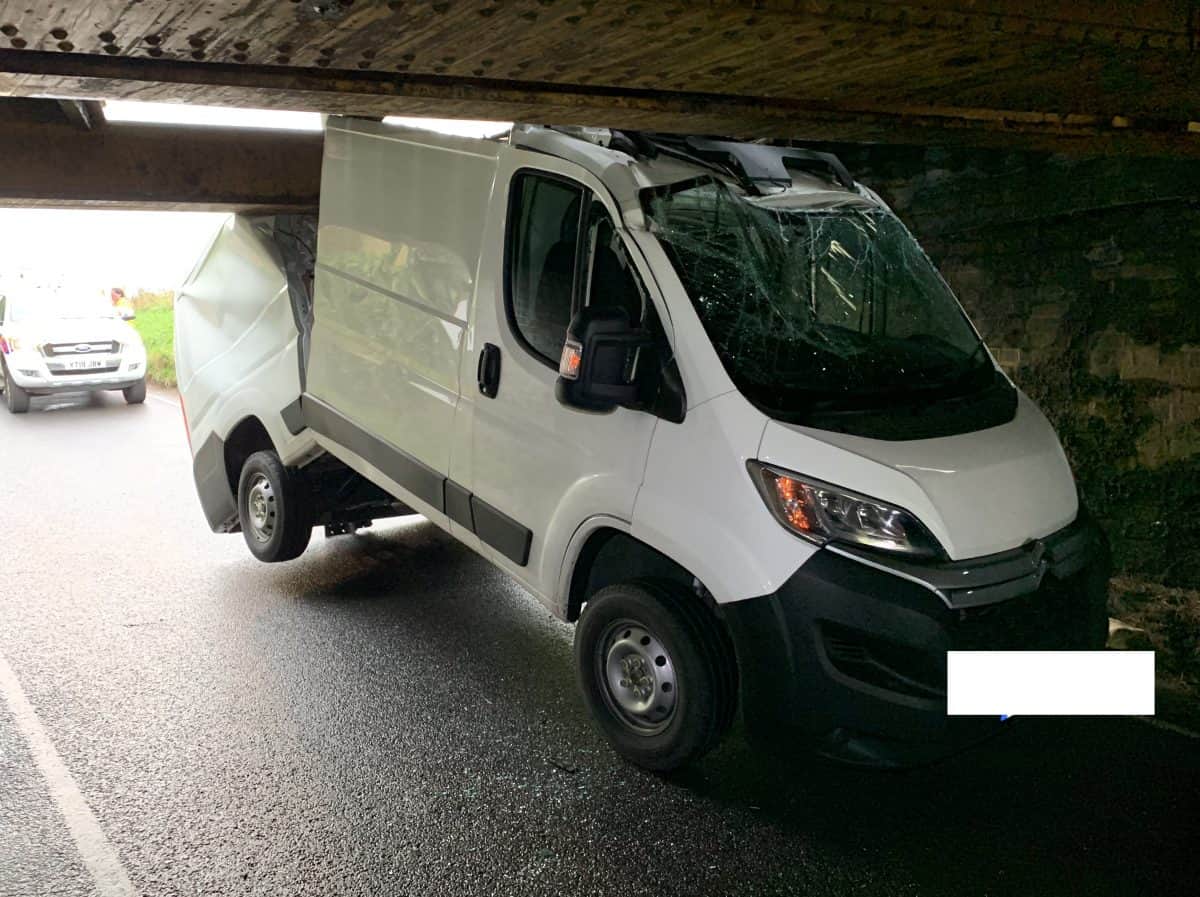 These shocking photos show a van which completely split in half after striking a notorious railway bridge.

The white Citroen van hit the Stonea Railway Bridge in Cambs, earlier this morning (October 15) which sits just seven feet above the road below.

The van split right down the middle after becoming lodged underneath the structure.

Police closed the road while the vehicle was recovered and asked drivers to approach with care.

The bridge is notorious for being repeatedly hit, and has previously been dubbed the second most hit bridge in the country behind Stuntney Bridge in nearby Ely, Cambs.

One incident saw a transit van become wedged underneath the structure, which is made from wrought iron and bricks and was built in 1895.

With a height restriction of only 7ft – or 2.1m – any vehicle larger than a standard car is at risk.

An alternative route, using the level crossing next to the bridge, is available for drivers in large vehicles.