The house was partially destroyed after the water main burst on Park Lane West in Tipton, West Mids. 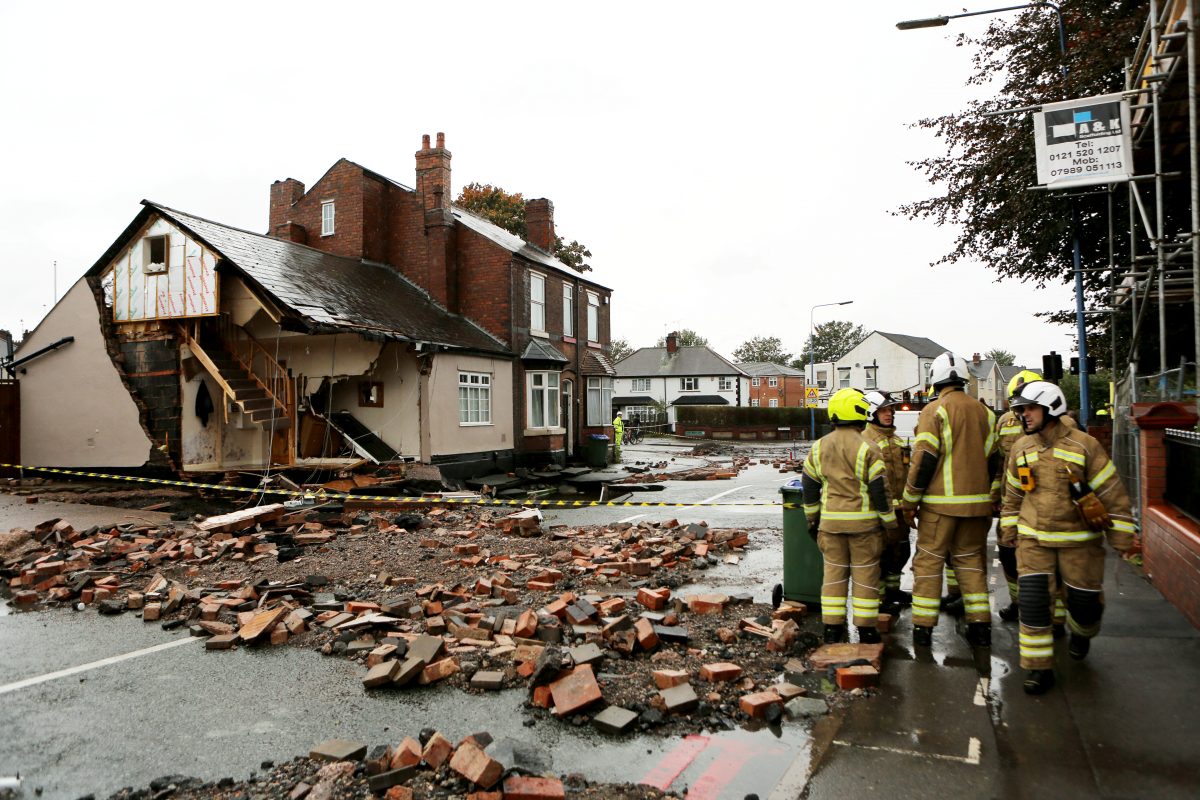 A homeowner has been left counting the cost after the front of their property was ripped off by the force of a burst WATER MAIN.

Emergency services were called to Park Lane West, in Tipton, West Mids., after the main spectacularly burst at around 2pm yesterday afternoon.

Powerful torrents of “tsunami-like”floodwater could be seen gushing along the major road causing traffic chaos and residents to be evacuated.

The force of the water also partially damaged a house leaving it looking like a “bomb had gone off.”

Shocking pictures show how the side and the front of the family home was ripped apart by the raging flood water exposing the staircase and downstairs area.

Local resident Kelly Lyons, 30, said: “Its caused absolute carnage. One house has been partly destroyed. The force of the water has ripped off the front of the property.

“Gardens have been flooded and people were legging it out of their houses. I was like a tsunami. Our wheelie bins ended up in the next street.

“But I feel for the family at that house. It looks like a bomb has gone off there, you wouldn’t think water could cause that much damage.”

An underwater rescue team and a crew manning a high volume pump from West Midlands Fire Service were also in attendance.

West Midlands Fire Service tweeted: “Multiple crews are in attendance at this incident working to make the area safe and assist local residents and businesses that have been affected.”

A South Staffs Water spokesman said: “We have located the burst and we are in the process of isolating the main.

“Some customers may be without water while we carry out the repair.

“Customers in the wider area may also be experiencing low pressure or discoloration.”

“We are working to fix the burst as quickly as possible and would like to thank residents, businesses and motorists for their patience, while we get it fixed.

“Customers may experience intermittent supply issues while we carry out the repair.”

“@SthStaffsWater are aware and are working to resolve. Delays within the area are expected.”