The premises were unoccupied at the time. 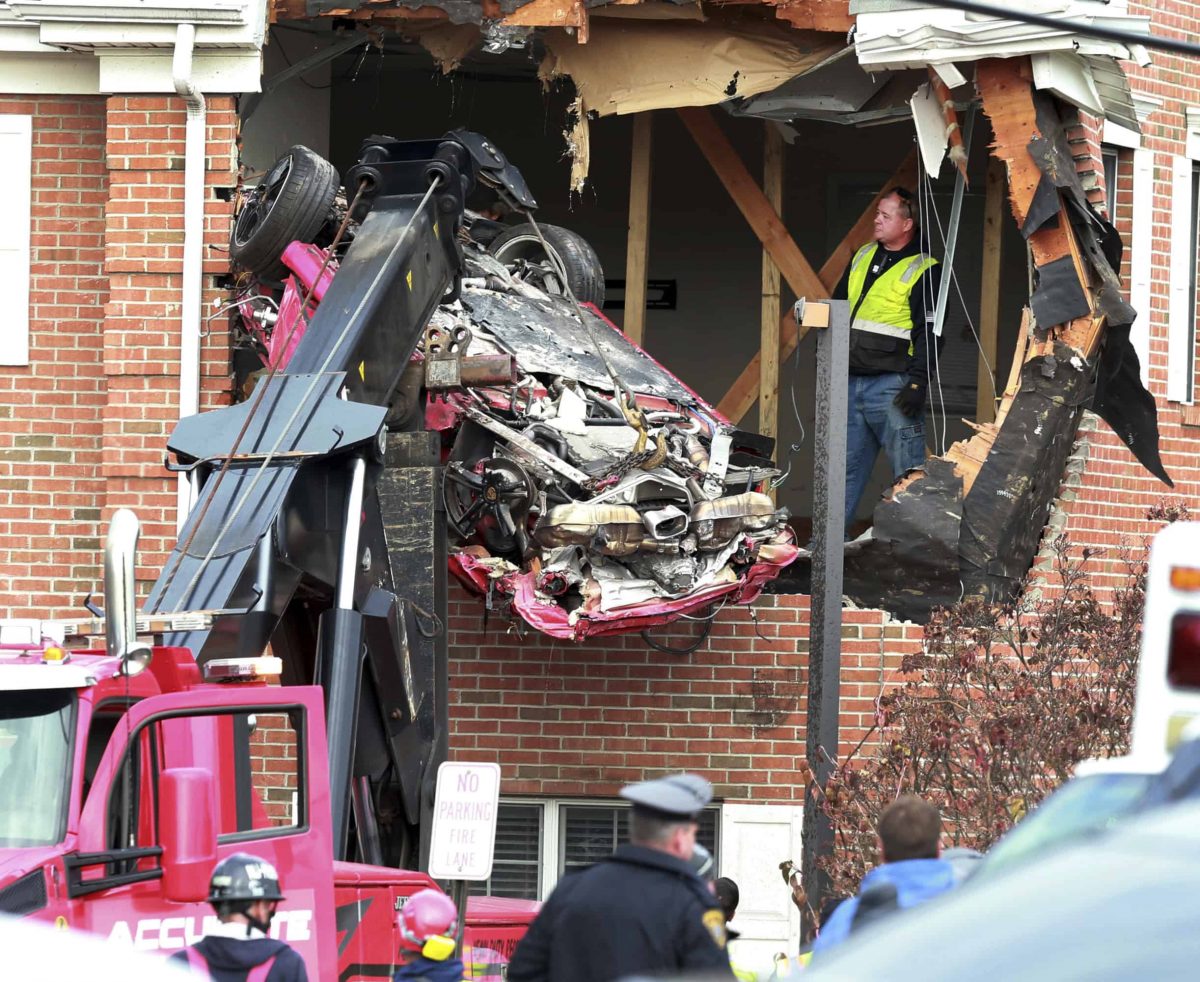 A Porsche is removed form the second story of a building after the convertible went airborne and crashed into the second floor of a New Jersey commercial building early Sunday, killing both of the car's occupants, in Toms River, N.J. (Ed Murray/NJ Advance Media via AP)

Two people have been killed after a convertible they were travelling in at high speed went airborne and crashed into the second floor of a commercial building in the US state of New Jersey.

Toms River police say the red Porsche Boxster went out of control just after 6.30am on Sunday.

It hit the median strip, struck an embankment and went airborne into the building.

Police said the structure, which was unoccupied at the time, had been deemed unsafe by a building inspector.

Sergeant Vincent Padalino said the building, which is across from Hooper Avenue Elementary School, houses four businesses including a counselling service and a real estate company.