"Well...this is an expensive crash. I wonder if it was the cost or another reason why the Rolls driver left the scene?" 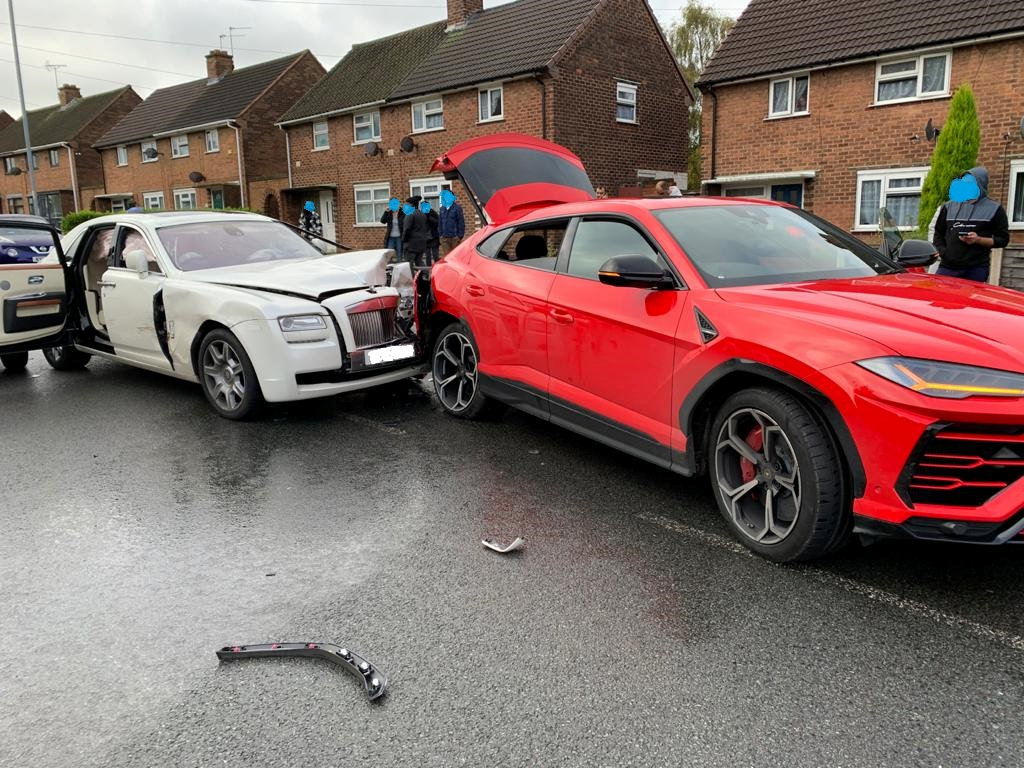 Police are hunting the driver of a £250,000 luxury Rolls-Royce who fled the scene after being involved in an expensive crash – with a £160,000 Lamborghini.

West Midlands Police were called to the scene and discovered a quarter of a million pound Rolls Royce Ghost had gone into the back of a Lamborghini Urus.

Officers shared images of the damage caused by collision – showing the mangled front grill of the Rolls-Royce which also had a massive dent down the side.

West Midlands Force Response said the driver of the Rolls-Royce fled the scene after sharing details of the incident on Twitter.

They wrote: “Well…this is an expensive crash. I wonder if it was the cost or another reason why the Rolls driver left the scene?

“Either way, we have his photo and will ask him very soon. Driver was not driving for the conditions and obviously can’t handle a car like this.”

Web users reacted to the costly collision. Richard Tracy wrote: “Wow, wonder how much to fix that.”

Gary Perry added: “There’s got to be over £400k worth of car there. The owners are not going to be very happy to say the least.”

Gail Brennan added: “You don’t see too many of them driving around the Black Country, something smells fishy here.”