"There is no time to lose - we must sharply decrease greenhouse gas emissions ASAP." 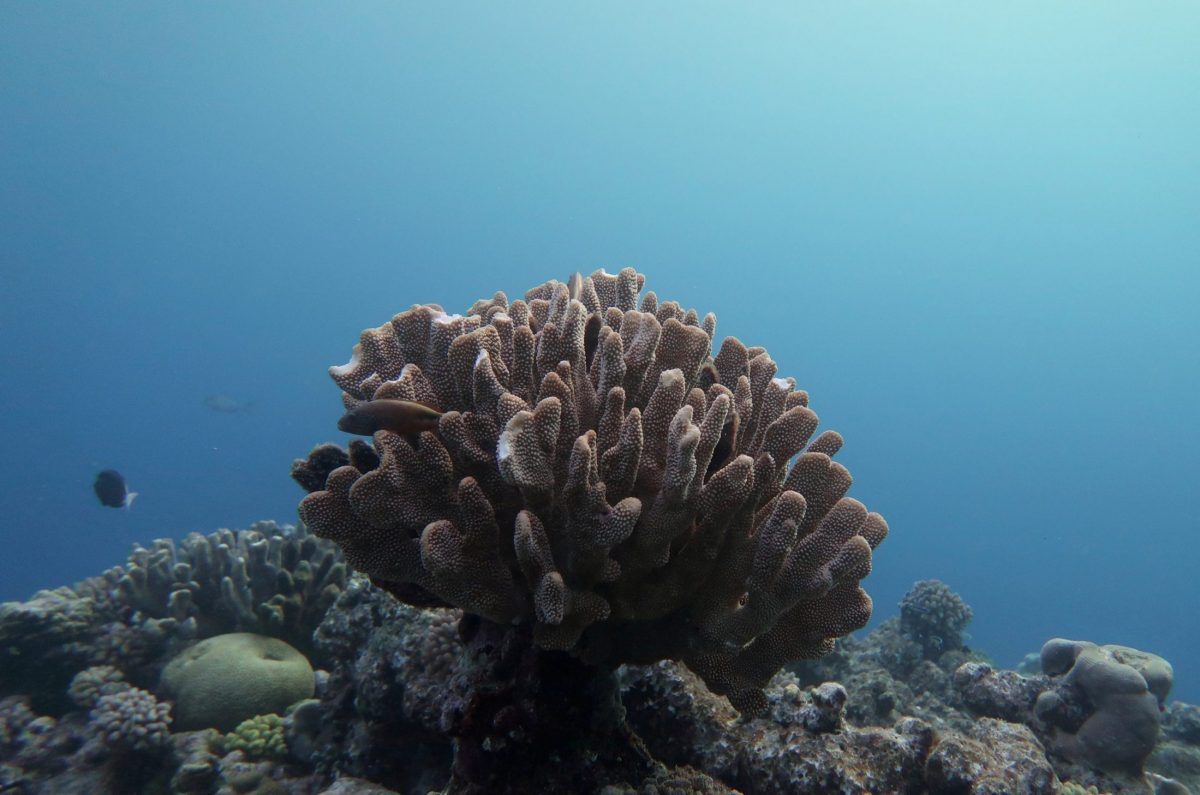 The Great Barrier Reef has lost more than half its corals in the last 25 years, reveals new research.

One of the seven natural wonders of the natural world is disappearing faster than scientists feared.

Climate change is speeding up bleaching where the algae that provides its spectacular colour is expelled.

Study co-author Professor Terry Hughes, of the University of Queensland, Australia, said: “We found the number of small, medium and large corals on the Great Barrier Reef has declined by more than 50 per cent since the 1990s.

“The decline occurred in both shallow and deeper water, and across virtually all species – but especially in branching and table-shaped corals.

“These were the worst affected by record-breaking temperatures that triggered mass bleaching in 2016 and 2017.”

The branching and table-shaped corals provide the structures important for reef inhabitants such as fish. Their loss reduces populations and sea food productivity.

So vast it can be seen from outer space, the reef off Queensland hosts Earth’s largest structure of living organisms – including over 1,500 species of fish.

It is larger than the Great Wall of China, stretching for around 1,400 miles over an area of roughly 133,000 square miles.

When water is too warm, corals get rid of the microscopic plankton in their tissues – turning them completely white. Starved of nutrients, they eventually die.

Shifts in the composition of their populations reveal valuable insights into their likely past and future fate – much like in humans or trees.

But as they are rarely examined there has not been the equivalent information – until now.

The study documents for the first time changes in the size of individual colonies along the length of the reef between 1995 and 2017.

“This indicates declines in reproduction, recovery potential and the long term resilience of coral populations.”

He explained: “We measured changes in colony sizes because population studies are important for understanding demography and the corals’ capacity to breed.

“A vibrant coral population has millions of small, baby corals, as well as many large ones – the big mamas who produce most of the larvae.

“Our results show the ability of the Great Barrier Reef to recover – its resilience – is compromised compared to the past, because there are fewer babies, and fewer large breeding adults.”

The team whose findings are published in Proceedings of the Royal Society B say better data on the demographic trends is urgently needed.

Dr Dietzel said: “If we want to understand how coral populations are changing and whether or not they can recover between disturbances, we need more detailed demographic data – on recruitment, on reproduction and on colony size structure.”

The icon of the natural world is composed of over 2,900 individual reefs and 900 islands.

It is bigger than the whole of the UK and is home to 1,625 species of fish, 3,000 molluscs and 30 different types of whale and dolphin.

Prof Hughes said: “We used to think the Great Barrier Reef is protected by its sheer size.

“But our results show even the world’s largest and relatively well-protected reef system is increasingly compromised and in decline.”

Climate change is driving an increase in the frequency of reef disturbances such as marine heatwaves.

The study records steeper deteriorations of coral colonies in the Northern and Central Great Barrier Reef after the mass coral bleaching events in 2016 and 2017.

And the southern part of the reef was also exposed to record-breaking temperatures in early 2020.

Dr Dietzel added: “There is no time to lose – we must sharply decrease greenhouse gas emissions ASAP.”

Unusually warm sea surface temperatures in 2016 and 2017 led to the first back-to- back mass bleaching events on the reef on record.

It is commonly referred to as the world’s largest living thing but it is actually made up of billions of tiny organisms.

Damage to the natural wonder comes as the public has been warned about the effect global warming may have on the supply of their favourite foods.