Christine, B.A Baracus’s MC Vandura, DeLorean… Do you recognise them all? In honour of Steve Spielberg’s return to Sci-Fi, Fulton Leasing summaries the most iconic movie cars of all time as seen in Ready Player One’s homage. B. A. Baracus’s MC Vandura –  Type of Vehicle: GMC G-Series Special Features: Capable of numerous accidents, the gun storage […] 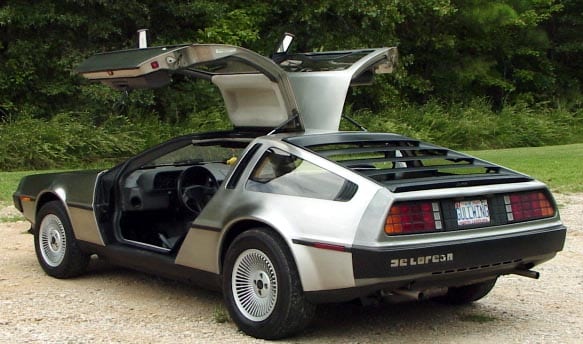 Christine, B.A Baracus’s MC Vandura, DeLorean… Do you recognise them all? In honour of Steve Spielberg’s return to Sci-Fi, Fulton Leasing summaries the most iconic movie cars of all time as seen in Ready Player One’s homage.

Owned by master mechanic Sergeant Bosco B.A (Bad Attitude) Baracus, this GMC Vendura cargo van was indestructible as the vehicle went through withstanding numerous accidents, gun battles and insane jumps, and still survived! Well, either Bosco truly was a master mechanic, or maybe they just got a really good deal on car insurance. 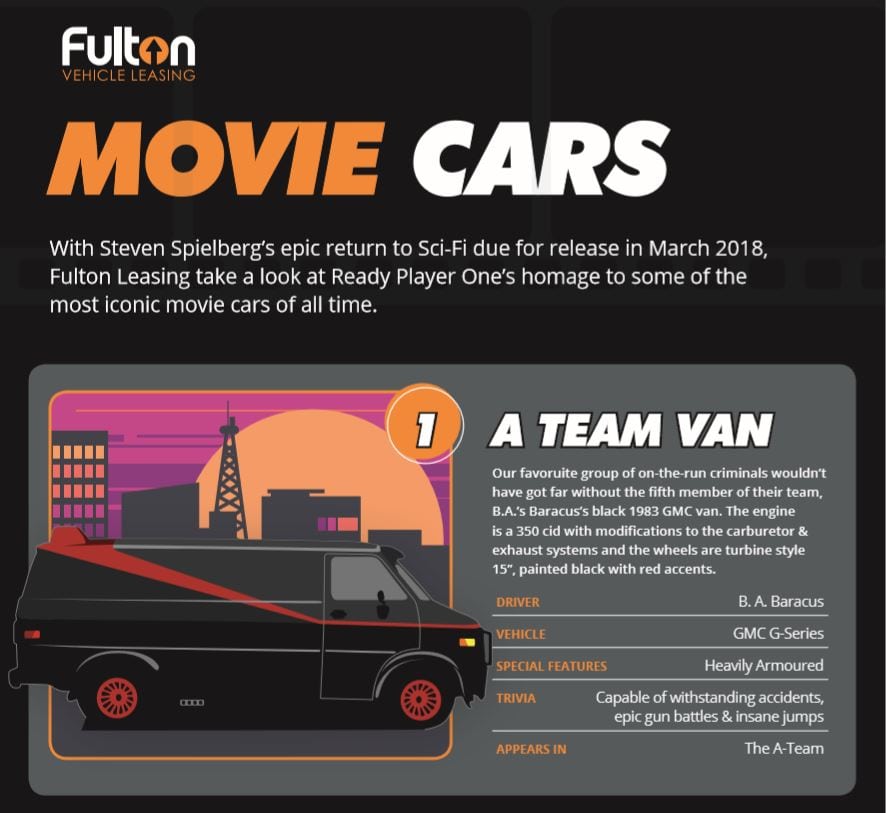 Restored by Arnie Cunningham, the red 1958 Plymouth Fury car had an evil spirit and was used as a tool to kill in Christine, a 1983 American psychological thriller directed by John Carpenter.

Stephen King fans take note. Christine, or a 1958 Plymouth Fury, also makes an appearance in a range of other king novels such as ‘It’ and ‘The Stand’. 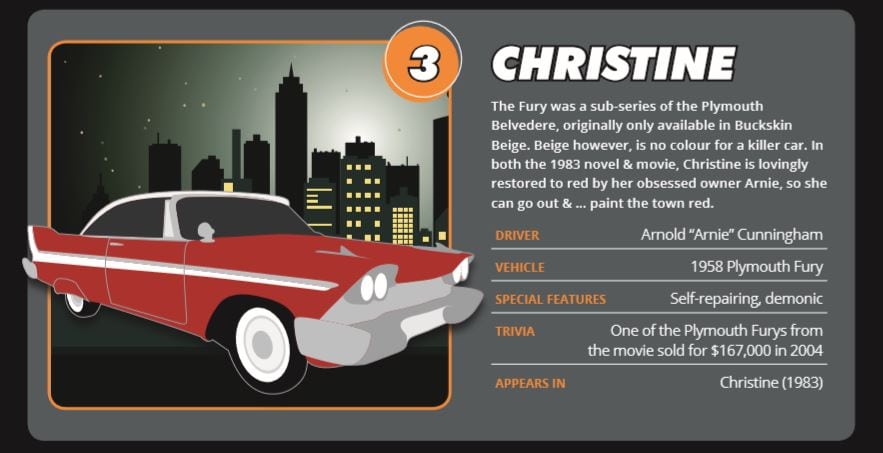 The V8 Interceptor is a primary vehicle driven by Mel Gibson’s character Max Rockatansky at the end of Mad Max, for the first half of Mad Max 2: The Road Warrior, and can be now seen in Ready Player One. 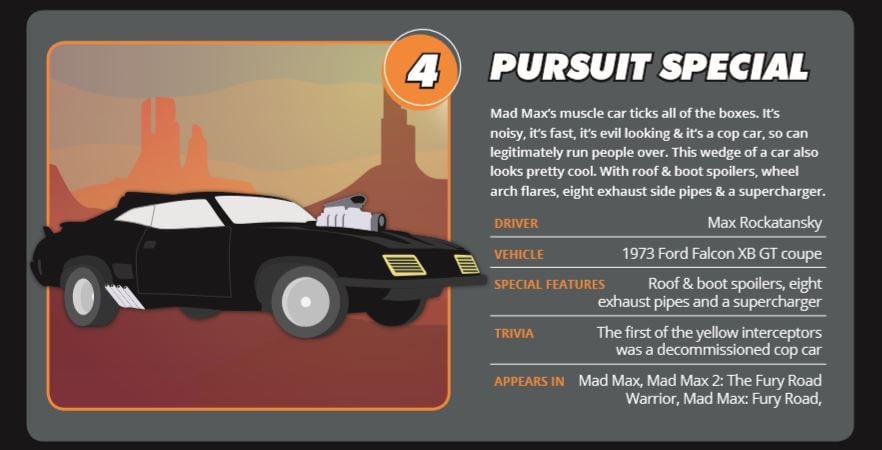 Historically known for the Japanese animated TV series but immortalised by the 2008 film, Mach 5 is a show-off of a car that won races and captured imaginations. The steering wheel featured seven function buttons, each of which activated a customised and usually ridiculous but cool accessory designed by Pops Racer. 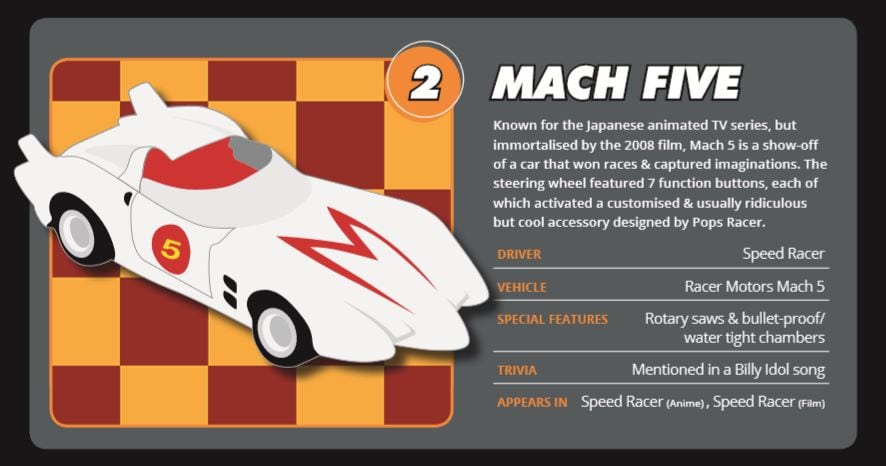 One of the most iconic movie cars of all time, the DeLorean was an automobile-based device featured in the Back to the Future known for a lot of things – especially its ability to time travel. This plutonium-powered time machine comprised of a DeLorean DMC-12 sports car, which has been modified with flux capacitor, mr. Fusion Home Energy Reactor, TFC Drive Circuits Switch and many more temporal displacements to meet its purpose. 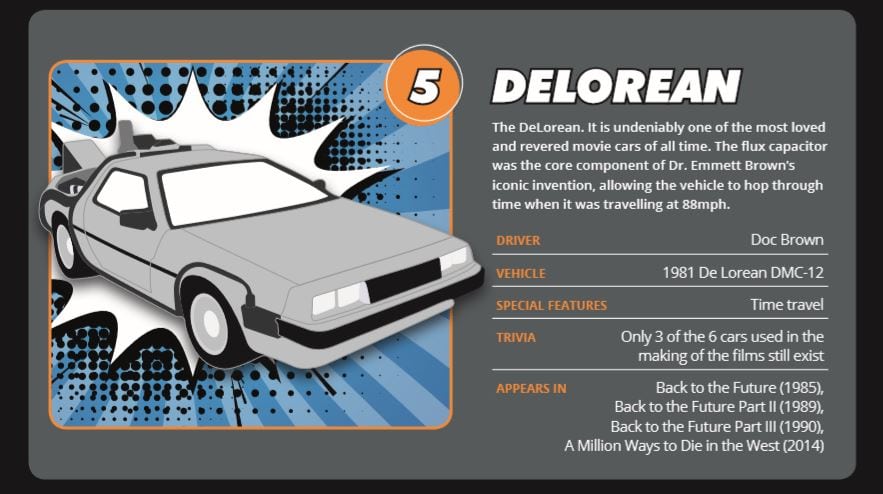