Natalie Haywood, 20, was distracted by the bird which bounced off the front of her orange Vauxhall Corsa as she approached a bend 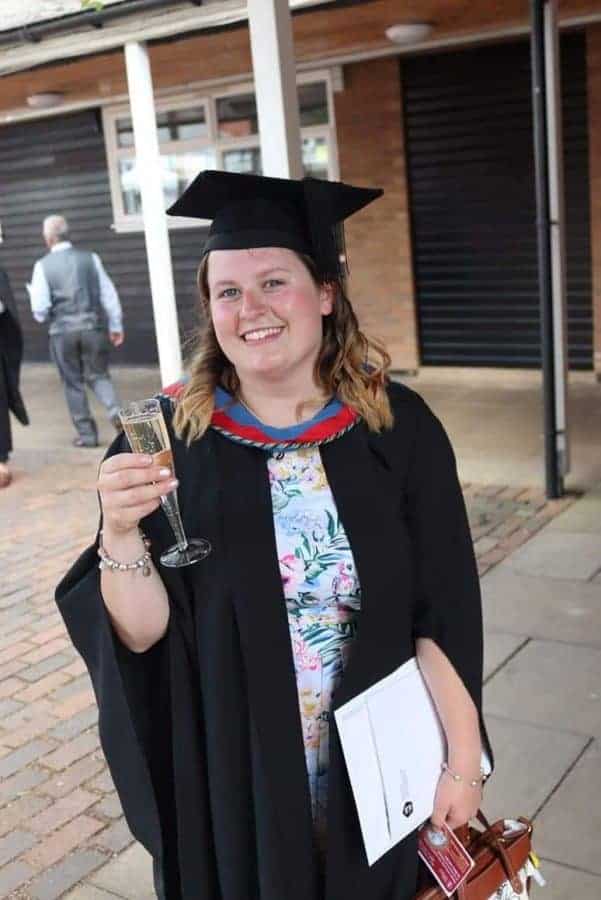 A young teaching assistant was killed when her car collided with a tree after the bonnet was ‘struck by a pheasant’, an inquest heard.

Natalie Haywood, 20, was distracted by the bird which bounced off the front of her orange Vauxhall Corsa as she approached a bend.

She lost control of the vehicle and hit a ‘substantial tree’ at the side of the B1183 in Scrivelsby, Lincs.

Natalie was taken to hospital following the crash on January 22 but died of her injuries shortly after arriving at Lincoln County Hospital.

Police arrived at the scene of the crash shortly after 5.49pm and discovered the bird, that was still warm, nearby on the opposite carriageway.

PC Mark Brown, a forensic investigator with Lincolnshire Police, appeared as a witness at the inquest into Natalie’s death.

He told Lincoln Coroners’ Court: “It is more than likely a pheasant or animal caused her to be distracted.

“Some left-hand steering needed to be applied so it’s a more obvious explanation of the collision.”

He added that there was an unexplained mark on the bonnet, that was not caused by the impact with the tree that was “characteristic of an animal strike”.

PC Brown said: “The driver was the only occupant of the car, she was approaching a right hand bend, losing control.

“The car impacted with a substantial tree and a full police investigation took place.

“The cause of death was multiple injuries.

“She was travelling south east at the time.”

The inquest heard Natalie, from Stickney, Lincs., was a teaching assistant at Eresby Special School and she was studying at Bishop Grosseteste University in Lincoln for a degree in early childhood.

Natalie’s mum Christine Haywood, who attended the inquest with friends and family, paid tribute to her daughter, saying: “She was a very bubbly, outgoing person who always had a smile on her face – she loved her family.

“She handed a 10,000 word essay for her university course, she was stressed about it all over Christmas – she was at Bishop Grossteste University and was on her way back because the weather was closing in.”

Coroner Paul Cooper delivered a verdict of accidental death and said: “It was a tragic road accident, it’s nobody’s fault.”