There have been concerns over the consequences of removing the hard shoulder. 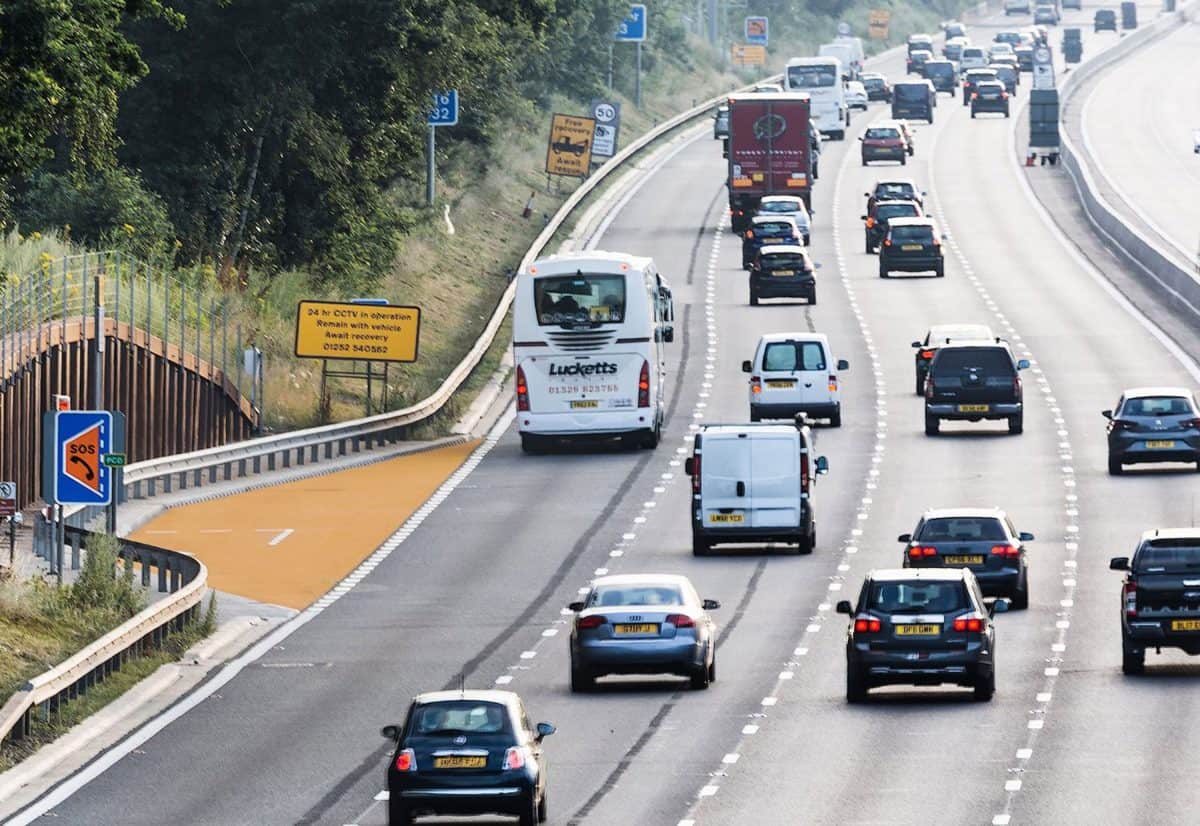 Millions of motorists stuck in queues during the bank holiday getaway will wish there was less congestion on motorways.

One of the ways Highways England is increasing capacity is by creating smart motorways.

This involves converting the hard shoulder into a live lane and using variable speed limits to manage traffic.

The smart motorway network is set to nearly double in length from 416 miles to 788 miles by April 2025.

It is a popular way of boosting capacity because it is cheaper, quicker and has less of an impact on the environment compared with road widening schemes.

Emergency lay-bys have been installed for vehicles which need to stop in an emergency, such as after a breakdown or an accident.

There have been concerns over the consequences of removing the hard shoulder. Some incidents involve a driver needing to stop their vehicle immediately, putting them at risk of being crashed into from behind.

In March, Derek Jacobs, 83, was killed when his car was hit after it stopped in the fast lane on a section of the M1 in Derbyshire converted to a smart motorway.

This reportedly came months after a woman was killed on the same stretch of road after leaving a broken down car.

Highways England insists that smart motorways are “proven to be as safe as traditional motorways”, although it is reducing the maximum distance between the lay-bys from 1.5 miles to one mile for new projects.

The Government-owned company is urging drivers not to ignore red X signs, which are used to indicate when a lane has been closed.

Traffic cameras will be used to enforce lane closure offences from later this year, with drivers facing a £100 fine and three penalty points.

Smart motorways provide the basis for digital roads, which is a programme to make best use of technology across the Highways England network.

A high-tech corridor is already being trialled on the A2 and M2 in Kent to enable roadside infrastructure to pass on vital information to specially-equipped vehicles.

Highways England believes connecting vehicles with its roads has the potential to improve journeys by making them safer and more reliable – with real-time, personalised updates sent directly to drivers about road conditions, roadworks, incidents and traffic.