Traffic was brought to a halt after two lorries crashed in Cheshire about 5.30pm on Wednesday 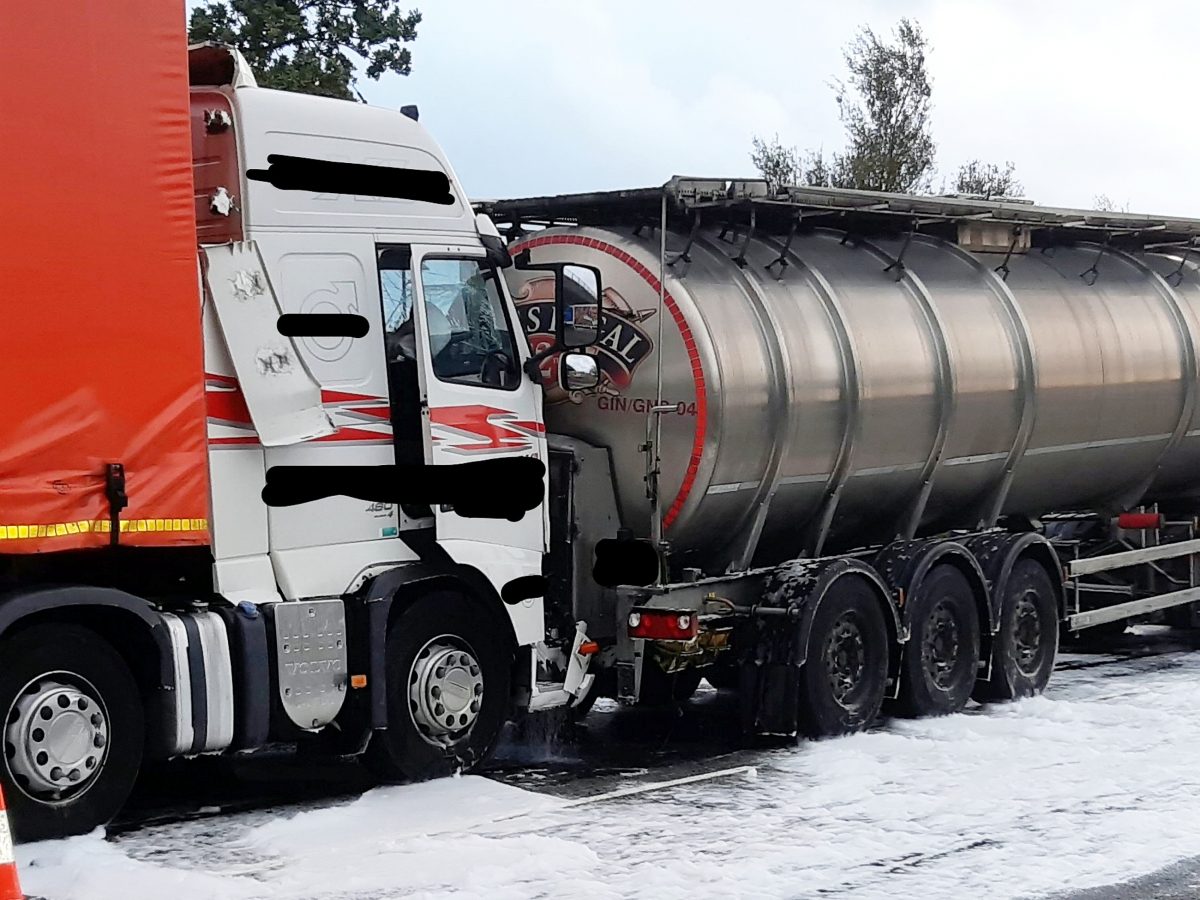 Fed-up motorists needed a tonic after they were stuck in 11-hour traffic jams when a lorry spilled 32,000 litres of GIN on the M6.

Traffic was brought to a standstill after two lorries crashed in Cheshire at 5.30pm on Wednesday (4/9).

Motorists between junctions 19 at Knutsford and junction 20 at Lymm Interchange suffered hours of delays.

There were three miles of queues while rescue teams used sand to soak up the 80 per cent proof booze from the carriageway.

Motorists were warned to stay away from the area over concerns the super-strong alcohol could ignite.

Writing on Twitter, motorist Rachel Sargeant said: “Been sat on the M6 for two hours so far.

“Heartbreaking that I don’t have a straw.”

Writing on Facebook, driver John Thomas, 45, said: “Well that certainly gives a new twist to the phrase ‘one for the road!’

“Currently pouring myself huge G&T after monstrous journey home. Somehow seemed the most appropriate thing to do.”

A spokesperson for Cheshire Fire and Rescue said: “Due to the flammability of the alcohol a decision was taken to close the motorway in both directions as a precautionary measure.

“Firefighters are currently working hard to stem the leak.

“Crews are also coating the spilt alcohol with foam to prevent it from igniting. “

The concentrated gin leaking from the tanker was a whopping 80 per cent proof – almost twice as much as normal gin.

There were no reports of injuries and the northbound carriage was eventually re-opened at 4.30am on Thursday (5/9).