Victoria Parry, 30, was previously banned from driving when she got behind the wheel of her Fiat Stilo and caused havoc on the roads 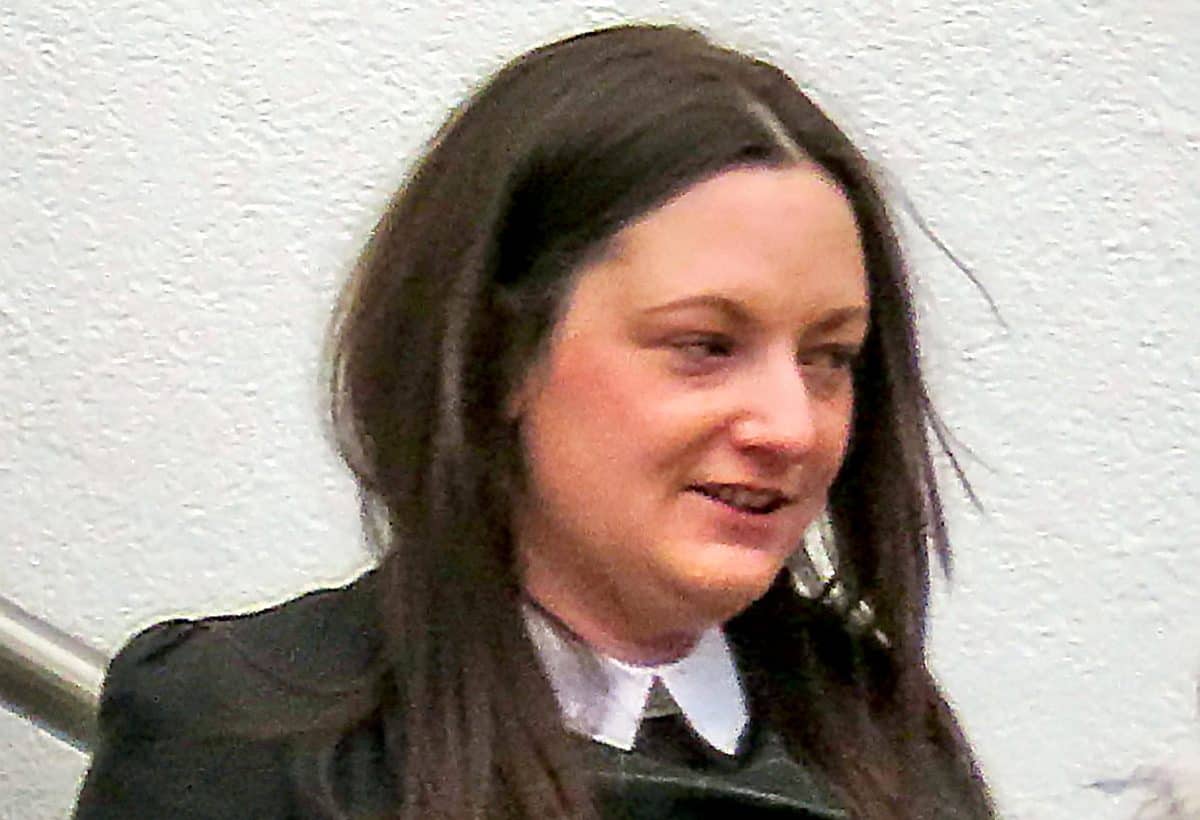 A serial drunk driver who smashed into three cars after downing a bottle of wine was spared jail – because she’s a woman.

Alcoholic Victoria Parry, 30, was told by a female judge that if she had been a man “it would have been straight down the stairs” to prison.

A court heard Parry was driving her Fiat Stilo when she ploughed into three vehicles before crashing into a ditch where her car burst into flames.

She was dragged from the burning wreck by other drivers after she crashed on the A46 near Stratford-upon-Avon, Warks., at 6.50pm on May 23 last year.

Parry, a shop manager from Stratford-upon-Avon, had two previous convictions for drunk driving when she appeared at Warwick Crown Court on Thursday (11/4).

She admitted dangerous driving and was given a three month suspended sentence.

Judge Sarah Buckingham said: “If Miss Parry was a man, there is no question it would have been straight down the stairs, because this is a shocking case of dangerous driving against a background of two previous convictions for excess alcohol.

“But this offence was committed in May 2018 and she has not been in trouble since.

“She has clearly got an alcohol problem. She is, whether she admits it or not, an alcoholic.”

“I want to see whether you can really address the issues rather than paying lip service.

“If you succeed, I will not make the custody immediate. If you don’t comply, I will conclude that you are not worthy of the chance.”

The court heard Parry almost caused a major crash when she overtook into oncoming traffic before ploughing into three vehicles.

Prosecutor Tim Sapwell said: “Her driving was such that she caught the rear bumper of a van, and she next hit the wing mirror of a Vauxhall Insignia, and then the side of a BMW very heavily.

“She hit it with such force that the BMW’s rear wheel was knocked off and the car was written off.

“It caused her Fiat to spin in the road and go down the embankment into a wooded area where it caught fire.”

Other drivers rushed to her aid, including an off-duty police inspector who released her from her seat belt and pulled her out of the burning car.

He noticed she smelled of alcohol, and Parry told him that she had had a bottle of wine, telling him: “I shouldn’t be driving.”

The court heard Parry had been banned from driving for three years in July 2015 for her second excess alcohol offence.

When Parry was arrested she took a breath test at the police station almost two hours later, the reading was only just under three times the legal limit of 35mcg per 100ml of breath.

Lucy Tapper, defending, said Parry started drinking up to two bottles of wine a day after being in an abusive relationship.

She said: “There is deep and genuine regret on her part.

“Having a crash presents its own consequences in terms of what you’ve done, and to have your car burst into flames is quite terrifying.

“She says she thought she was going to die.

“This has been a very salutary lesson to her.”