Grant Robert Faulkner, 54, was driving his Porsche Cayenne in North Yorkshire when mobile speed cameras twice attempted to measure the speed of his vehicle 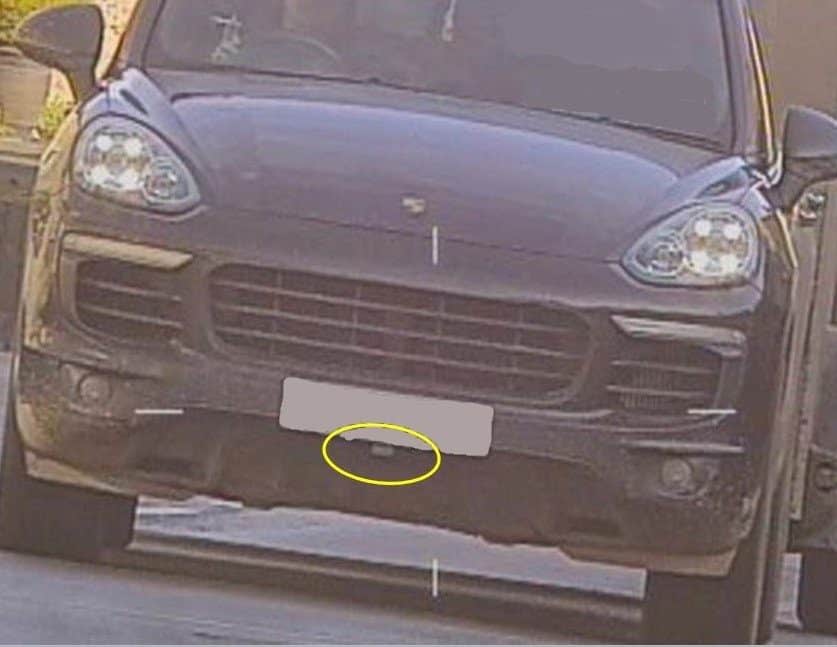 A Porsche driver who attempted to evade the law by fitting his car with a ‘laser jammer’ to stop police speed guns from taking an accurate reading has been fined £5,000.

Grant Robert Faulkner, 54, was behind the wheel of the 4×4 when mobile speed cameras twice attempted to measure the speed of his vehicle.

However, due to interference received from the car as a result of the jammer, the safety camera was unable to determine what speed it was travelling at.

North Yorkshire Police launched an investigation into the incident and Faulkner’s Porsche Cayenne was seized and examined.

Officers discovered a laser jamming device below the number plate which blocked camera signals and enabled him to speed without being clocked.

Appearing in the dock at York Crown Court yesterday (18/9), Faulkner was handed a £5,000 fine and given a suspended sentence.

At a previous hearing the 54-year-old, from Ebberston near Scarborough, pleaded guilty to two counts of perverting the course of justice.

The sentencing judge described Faulkner as “dishonest” and insisted he deserved a substantial punishment for his offences.

York Crown Court heard the offences occurred on the A170 near Pickering on the mornings of November 9 and 26 2017.

The vehicle Faulkner was travelling in was a company car, it was heard.

When initially questioned about it, Faulkner denied fitting the device to his vehicle however he pleaded guilty to the offences at a subsequent court hearing.

Investigating officer, Traffic Constable Andrew Forth said: “This is the fifth person this year to be successfully prosecuted in North Yorkshire for using a laser jammer device in an attempt to lift themselves above the law and protect themselves from a potential speeding conviction. The fine handed out indicates how serious the court took his offending.

“Using this equipment in this way puts other innocent, law-abiding road users at risk by people who believe that they can travel at speed with complete immunity from prosecution.

“As the result today shows, this will not be tolerated and North Yorkshire Police will ensure offenders are investigated and brought to justice.

“My advice to those who have these devices fitted to their vehicles and believe they’re untouchable is to remove them immediately. As we’ve seen today, if you pervert the course of justice you’ll face far worse than a speeding fine.”

As well as a fine and suspended sentence Faulkner was ordered to pay £800 costs to the prosecution and £140 victim surcharge, bringing the total to £5,940.