Scientists say It would also provide shelter for other important insects including butterflies and hoverflies, 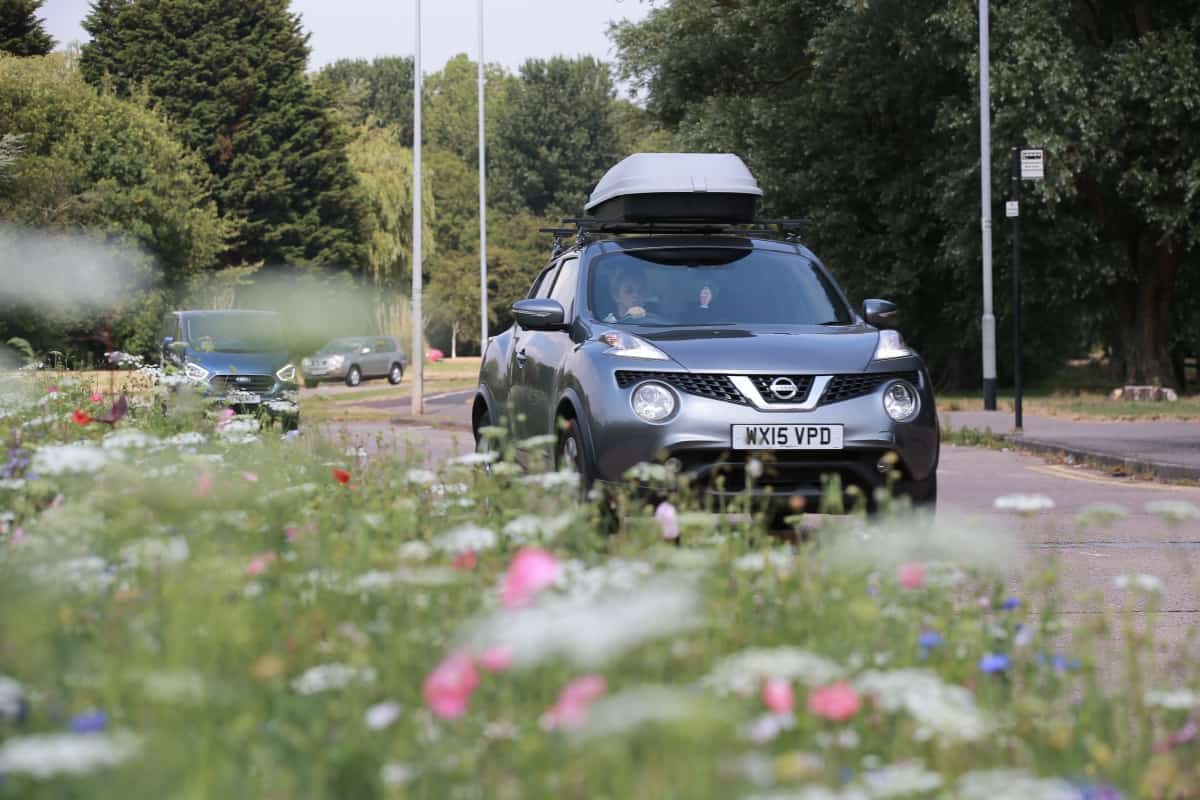 Planting wildflowers at roadsides holds the key to saving the great British bumblebee, according to new research.

It would also provide shelter for other important insects including butterflies and hoverflies, say scientists.

A third of wild bees in the UK are in decline. If current trends continue, some species will disappear altogether.

Study lead author Ben Phillips, an environmental scientist at the University of Exeter’s Penryn campus, Cornwall, said: “Road verges can provide a fantastic home for wildflowers and pollinators, which is often lacking in our vast agricultural landscapes.”

And cutting them in summer, which removes the flowers, makes them useless for weeks, – or even months.

Mr Phillips, a PhD student, explained: “Management is key – some road verges need to be cut for safety, but at the moment we cut far more than we need to.

“Most verges are cut in summer – the peak of flowering – but where possible they should be left until autumn, when pollinators are less active.

“Our results show the part of the verge within two metres of the road contains the fewest pollinators.

“This is often the most important part to cut for road safety and visibility, so where possible only this part should be cut in summer.”

The findings are based on a survey of 19 sites in Cornwall where flowers were counted and and insects trapped in shallow trays of water.

There were far fewer flowers and pollinators in verges that had been cut – despite the study being carried out months afterwards.

Cutting mostly took place within a two-month period between late-May and mid-July. At 12 sites, the entire width of the road verge was cut. Cuttings were never removed.

Mr Philipps said: “Our study has demonstrated that road verges and their associated hedges are important for supporting insect pollinators in agricultural landscapes, but that they are negatively affected by high traffic densities and summer verge cutting.

The presence of both road verges and hedges should therefore result in greater overall floral diversity in the landscape, which can benefit pollinator diversity, nutrition and pollination.”

This suggests a small number of common species are key in supporting pollinator communities in these habitats.

Sowing wildflower seed mixes and reducing how often verges are mowed can transform barren stretches of motorway into colourful meadows.

These would be filled with the pollen and nectar bees and butterflies currently struggle to find.

Bees don’t seem to be put off by the traffic noise and their numbers have been shown to increase dramatically on verges that are cut no more than twice a year.

A campaign Plantlife to save wildlife on road verges includes a petition signed by more than 70,000 people.

The conservation charity’s main message, strongly supported by the study published in the Journal of Applied Ecology, is to “cut less, cut later”.

It has called on councils to turn their road verges into wildflower meadows by cutting just once in late summer, between mid-July and September.

Rotherham Borough Council has established eight miles of meadows alongside a motorway, saving £23,000 per year on mowing costs.

Since the 1930s, 97% of wildflower meadows have been dug up or destroyed. Before the Second World War the countryside’s grassland rippled with rainbows of flowers. This has been replaced by the intense yellow glare of pesticide-soaked oilseed rape fields.

The joy of being immersed in a meadow – surrounded by the fluttering of butterflies, the chirping of crickets and the buzz of bees – is increasingly rare.

Without urgent action to tackle dwindling biodiversity, these memories will disappear.

More importantly, animals that pollinate plants are responsible for a third of our food.

Clearing grassland for farms and using harmful chemicals has driven many to the brink.

They are essential for growing many of our favourite crops. Without them, future generations may no longer be able to enjoy summer strawberries or autumn’s apples and pears.

The study funded by the Natural Environment Research Council and the Cornwall Area of Outstanding Natural Beauty unit emphasises the vital potential of grass verges in conserving wildlife.

The UK road network spans over 246,000 miles. Reducing mowing to just once a year could save money and create thriving habitats for pollinating insects that return on their own each spring.

Some country lanes are bursting with blooms, but most are cut to within an inch of their lives.

Regular mowing is needed to ensure drivers can see clearly on sharp bends and junctions, but neat and tidy roadsides leave nothing for pollinators to eat.

Mr Philips said: “Even modest improvements to the management of the overall network of road verges and hedges will provide major benefits for pollinator populations, given the large areas they collectively cover.”