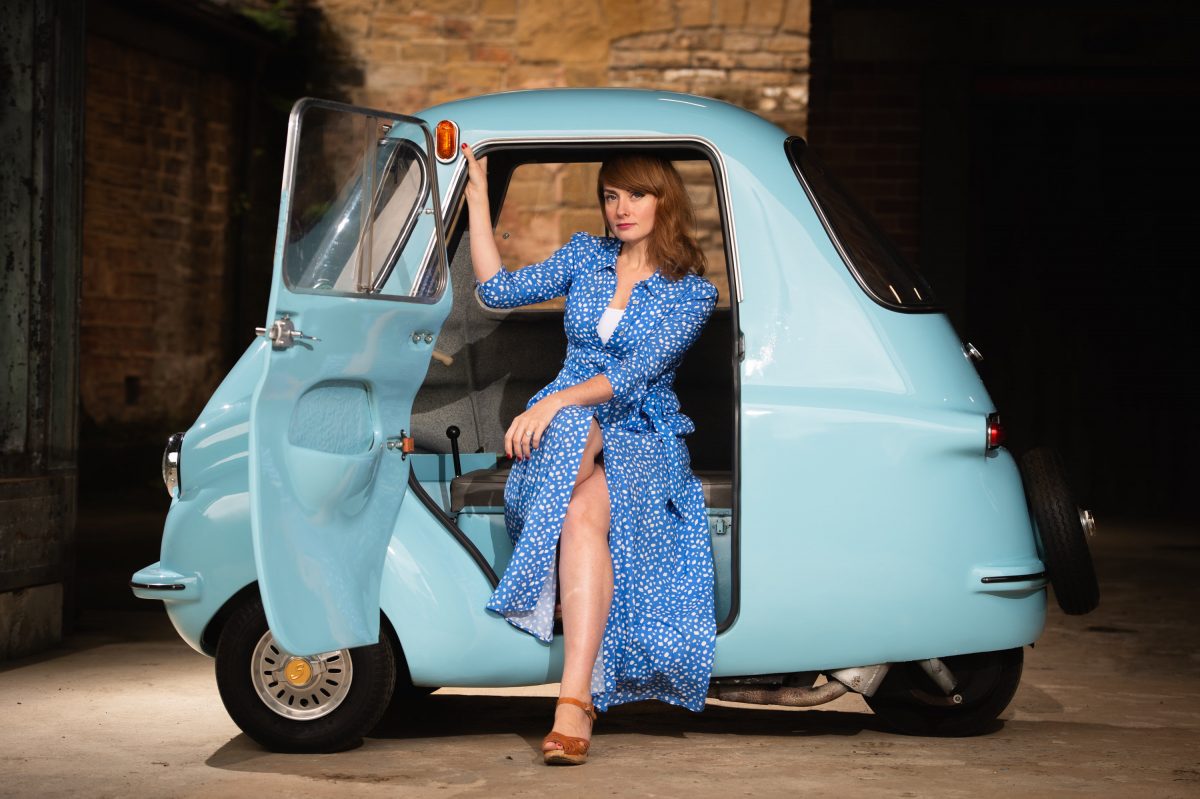 These pictures show one of the smallest cars ever built which has just gone on display in a British museum.

It was reportedly constructed by the Hunslet Engine Company after one of its directors’ wives complained her Jaguar was too difficult to park.

While the three-wheeled ‘microcar’ could certainly squeeze into the smallest of spaces, it wasn’t built for speed – as it tops out at a lowly 50mph.

Nowadays it’s estimated there are 150 survivors, including the one shown here, a Mark One version with a 197cc single cylinder engine.

Roadworthy examples in good condition, such as this one, can fetch up to £20,000.

It belongs to collector Stephen Boyd, 65, from Norfolk, who has loaned it to Leeds Industrial Museum, which is located just a few miles from the Scootacar was built decades ago.

Curator John McGoldrick said: “The Scootacar is an excellent example of how, over the years, the city’s scientists, designers and engineers have had their impressive talents brought to bear solving some very unusual problems.

“Fortunately they have almost invariably risen to the challenge, giving the city a global reputation as both a centre of engineering excellence and the birthplace of some truly remarkable inventions and advancements.

“Bringing some of those feats of creativity together for this exhibition will give us the chance to get a more detailed insight into how and why they were made, the people and personalities who made them and the many different ways that Leeds has changed the world.”