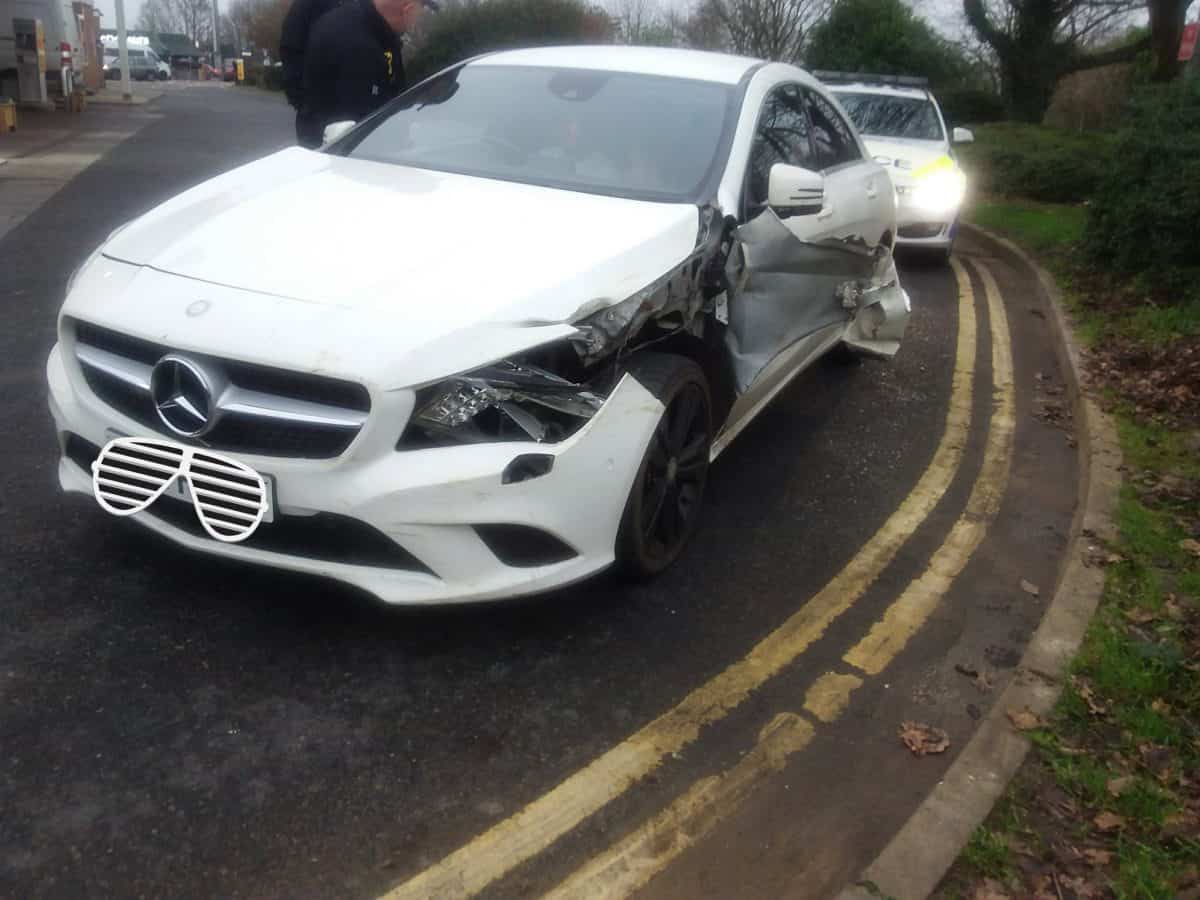 Police have released photos of a mangled Mercedes which was still being driven by an alleged drink driver after he “hit a hedge”.

The man, in his 20s, was pulled over by officers near Norwich, Norfolk at around 9am yesterday (sat).

One policeman said it was the “worst damage he had seen on a vehicle not still at the scene of a crash”.

Pictures of the white Mercedes posted on social media show a gaping hole on the left-hand side of the car, with the bodywork sticking out. Norfolk and Suffolk Roads and Armed Policing Team tweeted that they had been called out to assist with the “severely damaged car” by a member of the public.

They added: “Apparently the driver…hit a hedge. Continued driving until the services on the A47.”

The motorist, from London, failed a breathalyser test and was arrested.

He is expected to appear in court charged with traffic offences.