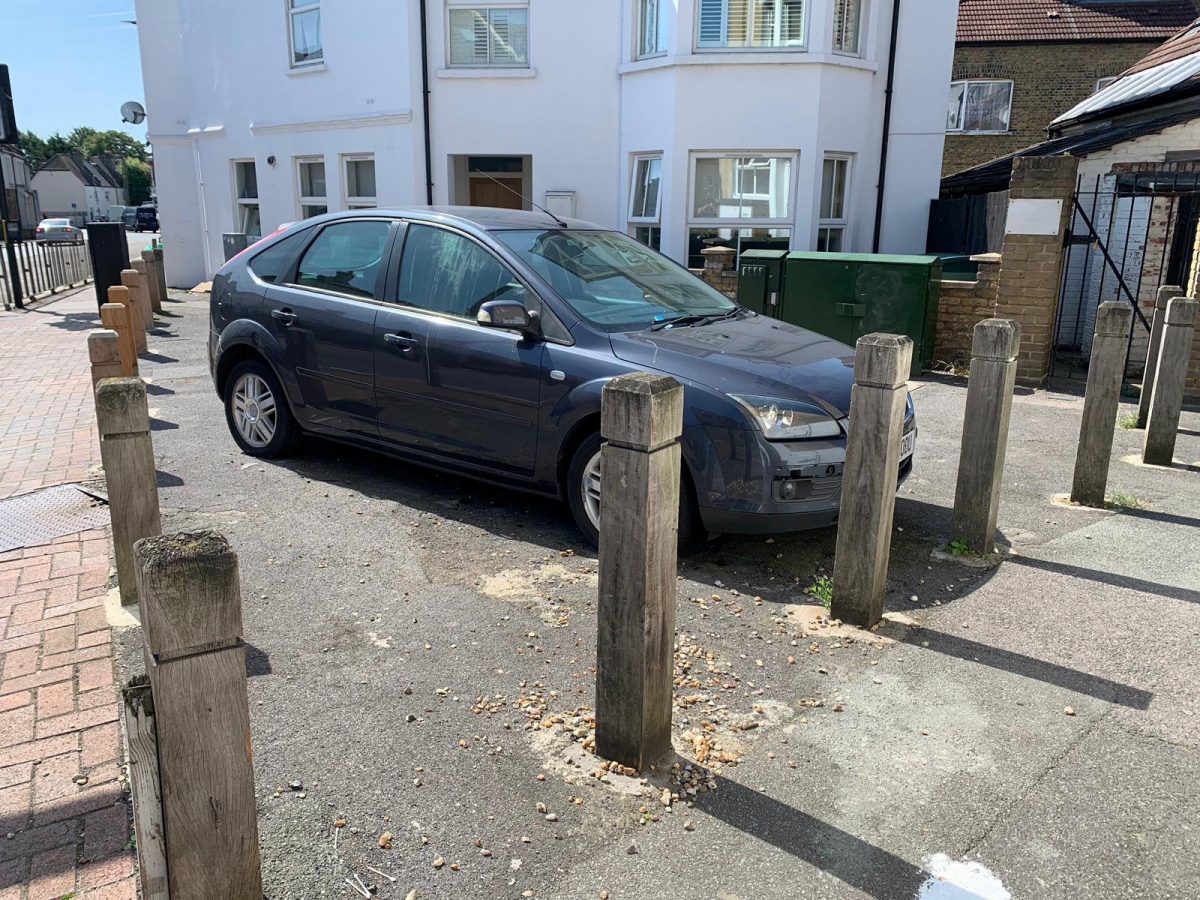 A driver hasn’t been able to use their car for at least two weeks after bungling street workers surrounded it with BOLLARDS.

Locals said when the driver of the Ford Focus 2007 parked their car on the space off Eardley Road, London, there was a clear route back onto the road.

But the driver returned to discover three new posts set into the concrete between the car and the road.

Local resident Tom Webster said the car has been trapped in the tiny space for at least two weeks.

He added: “I was just walking by, when I saw it – and, admittedly, I did do a double-take.

“There used to often be a couple of cars parked there, but one obviously wasn’t moved before the posts went up.

“I don’t know who it belongs to, and I’ve not seen anyone by it during that time.”

He added: “It’s not something you see very often.”