Beds, Cambs and Hert road policing unit took to Twitter to share a photo of the wacky car before confirming that it was all in order. 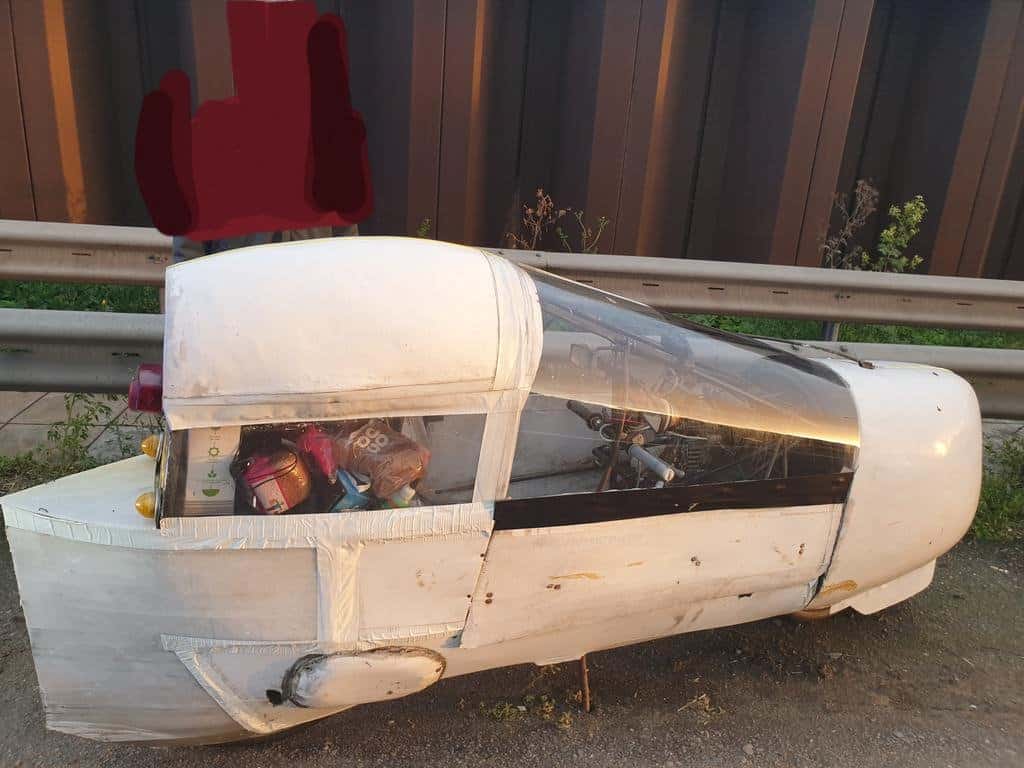 Police officers were left baffled after stopping the most unusual vehicle they had ever seen on a motorway- before finding out it was perfectly legal.

Beds, Cambs and Hert road policing unit took to Twitter to share a photo of the wacky car before confirming that it was all in order.

The strange automobile appeared to be a three wheeler as some people described it as a cross-over between a small boat and a plane cockpit.

Officers said it was the most unusual vehicle they had ever seen in 26 years and even after checking it was illegal they admitted they were still not really sure what it was.

BCH Road Policing tweeted: “The most unusual vehicle I’ve stopped on a motorway in my 26 years! All checked and in order, although still not convinced I know what it is.”

Equally confused drivers have since left hilarious comments on the tweet with one person calling it a “deathtrap”.

They wrote: “I wouldn’t be driving that thing on a motorway. Looks like a deathtrap!”

Another wrote: “This was on a M O T O R W A Y…??? I don’t know whether to be appalled or impressed by the bravery of the driver.”

Someone else said: “Now that really is breaking away from any convention! I like it.”