Salih Khater allegedly drove his car at cyclists and police outside the Houses of Parliament in August last year. 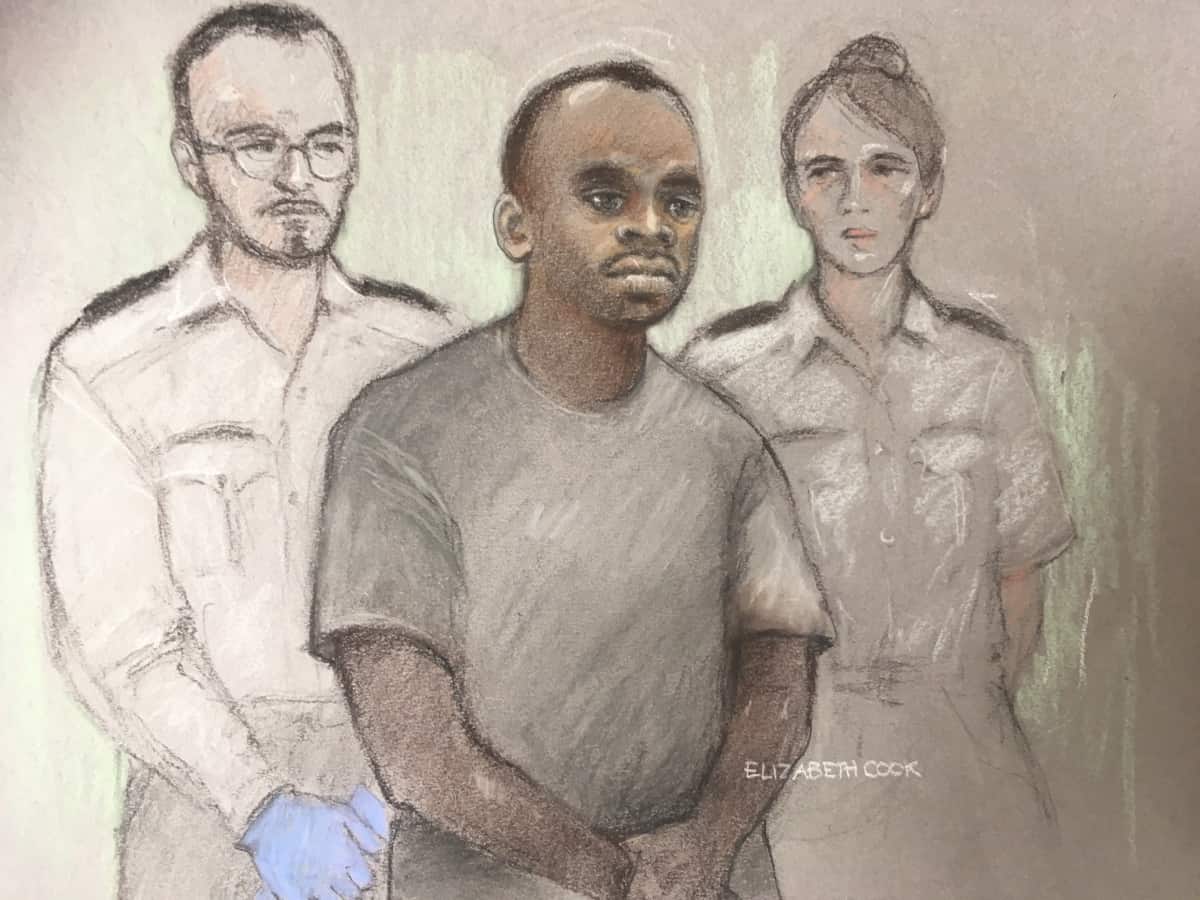 Court artist sketch by Elizabeth Cook of 29-year-old Sudanese national Salih Khater, of Highgate Street, Birmingham, in the dock at Westminster Magistrates' Court where he is charged with the attempted murder of members of the public and police following an incident on Tuesday August 14 in which a car was driven into a group of people and police, before crashing into barriers outside the Houses of Parliament.

An alleged terrorist drove at cyclists and police outside the Houses of Parliament in a “premeditated and deliberate” attack designed to cause maximum carnage, a court has heard.

Salih Khater, 30, allegedly steered his car at members of the public before swerving towards police officers and crashing into a security barrier on August 14 last year.

Prosecutor Alison Morgan QC told the Old Bailey that Khater intended to “kill as many people as possible”.

Opening his trial, she said: “On August 14 2018, Salih Khater carried out a premeditated and deliberate attack on civilians and police officers in Parliament Square.

“His weapon was not a gun or a knife but his car.

“First, he drove at cyclists waiting at traffic lights. Then he drove at police officers who were guarding the side entrance to the Palace of Westminster.

“His actions were not a mistake or as a result of some kind of mechanical error to his vehicle.

“They were deliberate and designed to cause maximum death and injury.”

She added: “He caused widespread fear and chaos but miraculously, and contrary to his intentions, he did not kill anyone that day.

“Those who were faced with a vehicle being driven at them at high velocity somehow, and largely by their quick responses, managed to avoid death or very serious injury.”

But she suggested that by targeting officers guarding the Palace of Westminster the defendant had a “terrorist motive”.

She added: “Using his car in the way that he did, driving in the manner and direction he did, the prosecution alleged that it is obvious that he intended to kill as many people as possible.”

The Sudanese-born defendant, of Highgate Street, Birmingham, has denied two counts of attempted murder and two alternative charges of attempting to cause grievous bodily harm.