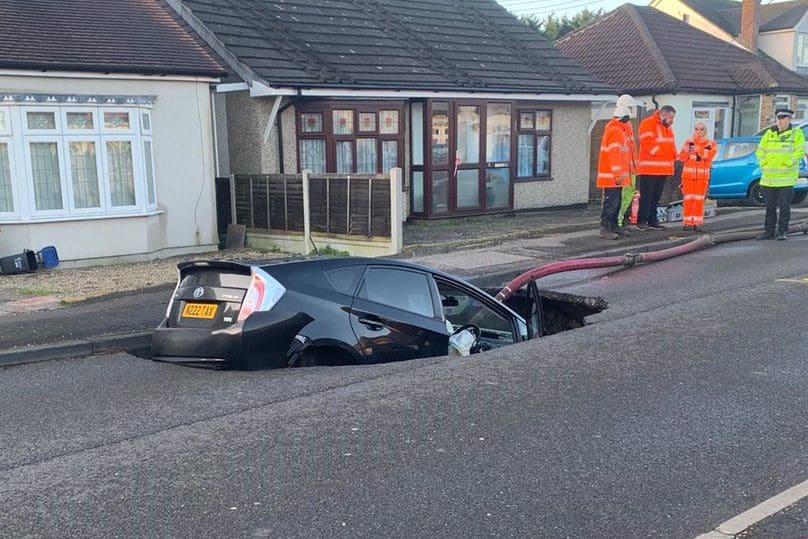 A motorist had a miracle escape after driving their car into a sinkhole – which opened on a suburban street.

The massive hole appeared in the early hours of this morning as Storm Ciara raged.

Pictures from the bizarre incident on Hatch Road in Brentwood, Essex shows what appears to be a Toyota nose first in the huge hole.

Emergency services can also be seen at the scene.

Local Ollie Watson, 50, stumbled upon the dramatic scene outside his house at around 2:30am.

He said he didn’t hear the crash – which happened a few doors down – and only went to investigate after his daughter mentioned a disturbance outside.

He said: “I thought it was a road accident at first. We didn’t hear it. Our daughter heard a bit of a commotion.

“We then thought that the fire brigade had cut the car in half – but it was actually just sticking out of the hole.

“It’s very unusual. My neighbours were out there, and a few people from across the road.

“I imagine that it will sit there for a while. They must be worried about more sinking, I suppose.

“I had to be let through the cordon to go to work this morning.”

Related – Search for missing people after bus plunges into sinkhole