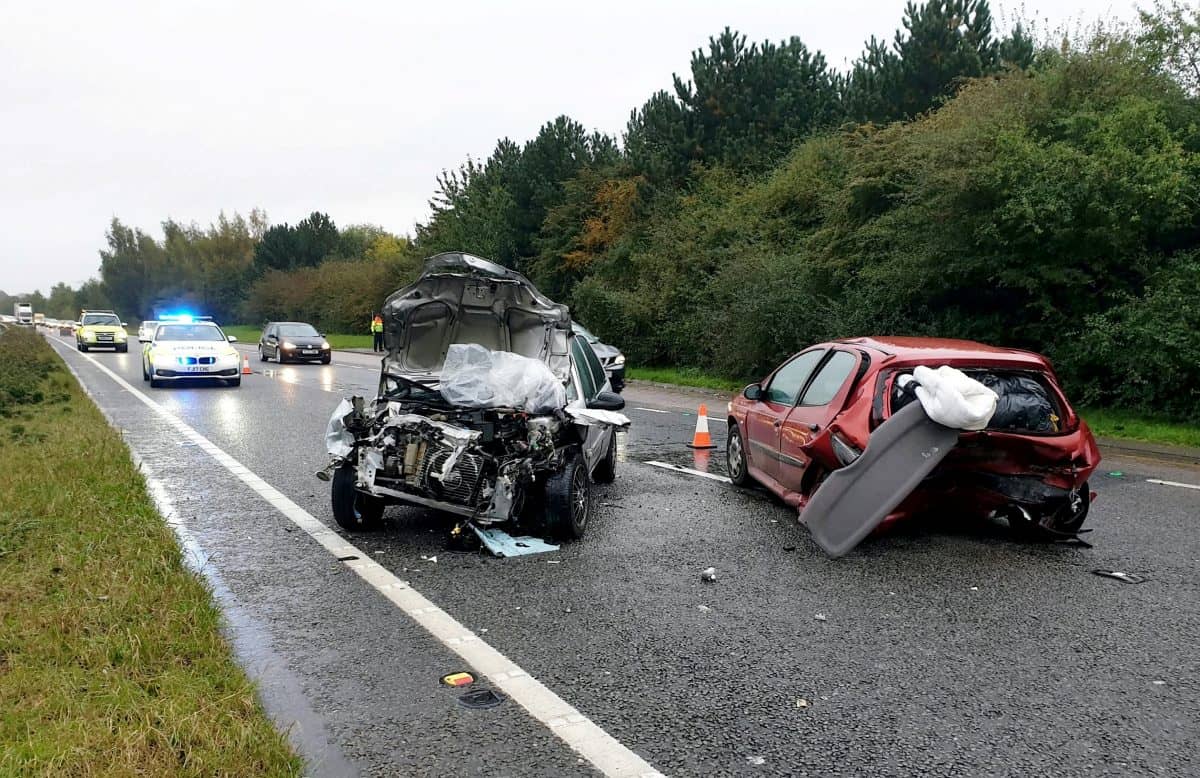 A panicking motorist crashed into a parked car after taking his eyes off the road while he tried to catch a SPIDER.

Derbyshire Police posted a picture of the wrecked cars after the crash which left both drivers suffering minor injuries.

The driver of a silver Citroen Saxo ploughed into a red car which was parked in a layby on the A50 in Derbyshire.

“No doubt some of you got caught up in the tailbacks from this collision.

“Silver car driver trying to catch a spider whilst driving collides with red car in layby.

“Minor injuries. Reported for driving without due care and attention.”

Social media users were quick to share the post and add their reaction to the bizarre crash.

@Aperson3245 added: “That’s a terrible shame. I hate spiders too. This is a big fear of
mine when driving. Glad everyone is ok. I pity the Arachnophobe.”

Jack Foreman wrote: “If he so stupid as to try to catch a spider & cause that amount of damage to both vehicles, he is too stupid to be allowed to continue to drive.

“Due Care & Attention doesn’t even begin to approach the imbecility.”

John L Wumz posted: “Fancy nearly killing yourself, and someone else. Because of a spider.”

Writing on Facebook, Will Lock said: “I’m guessing the driver told police he was an incy wincy distracted by the spider. Either that or he was spinning them a line…”