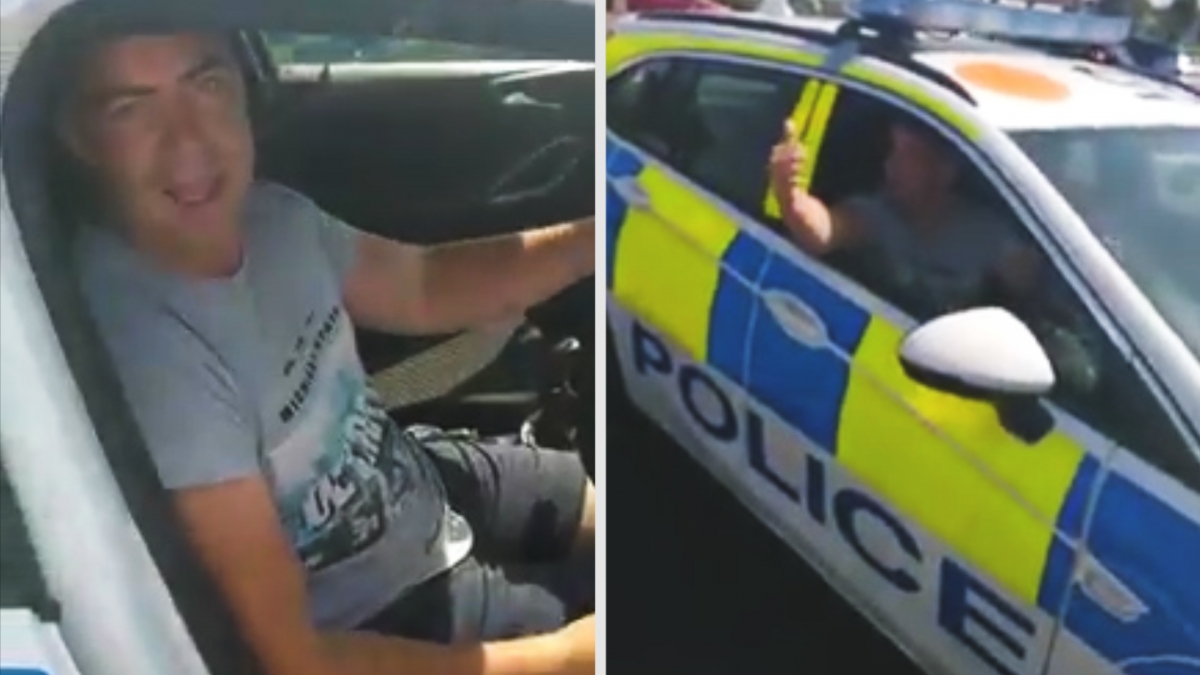 This is the extraordinary moment a man took a POLICE CAR for a joyride – after careless cops left the keys inside while they went to buy doughnuts.

The brazen member of the public hopped inside after realising the marked vehicle had been left unattended in the car park of the Krispy Kreme in Peterborough, Cambs.

He was recorded by a pal as he says “I’m the new policeman,” and drove off, even turning the siren on to amuse onlookers.

Passers-by can be heard laughing, with one person describing it as the “funniest thing I’ve ever seen”.

The prankster returned the police car to its parking bay as the two officers came out of the shop.

Amazingly though, the joyrider got away with only “words of advice” after apologising for his actions.

The cops, who had been called to the area to deal with an emergency incident before stopping off for refreshments, reported the matter when they returned to the station.

They were given “management words of advice” after it was deemed they had made an “honest mistake”.

A Cambridgeshire police spokeswoman said: “While on duty two officers encountered an incident that required a prompt police response in Hadfield Road, Hampton, on Thursday (July 4). The officers left their police vehicle and keys unattended.

“After assisting with the incident they then went to get refreshments from a nearby shop.

“In their absence, a member of the public entered the vehicle and proceeded to drive it round the car park with the sirens and lights on.

“The driver was given words of advice.

“Upon returning to their station, the two officers promptly alerted a supervisor to the incident and admitted their wrongdoing.

“They were given management words of advice. It was clear an honest mistake had been made.”